admin August 7, 2020 Sport Comments Off on Reds star Petaia out of Waratahs match after sudden death of father 39 Views 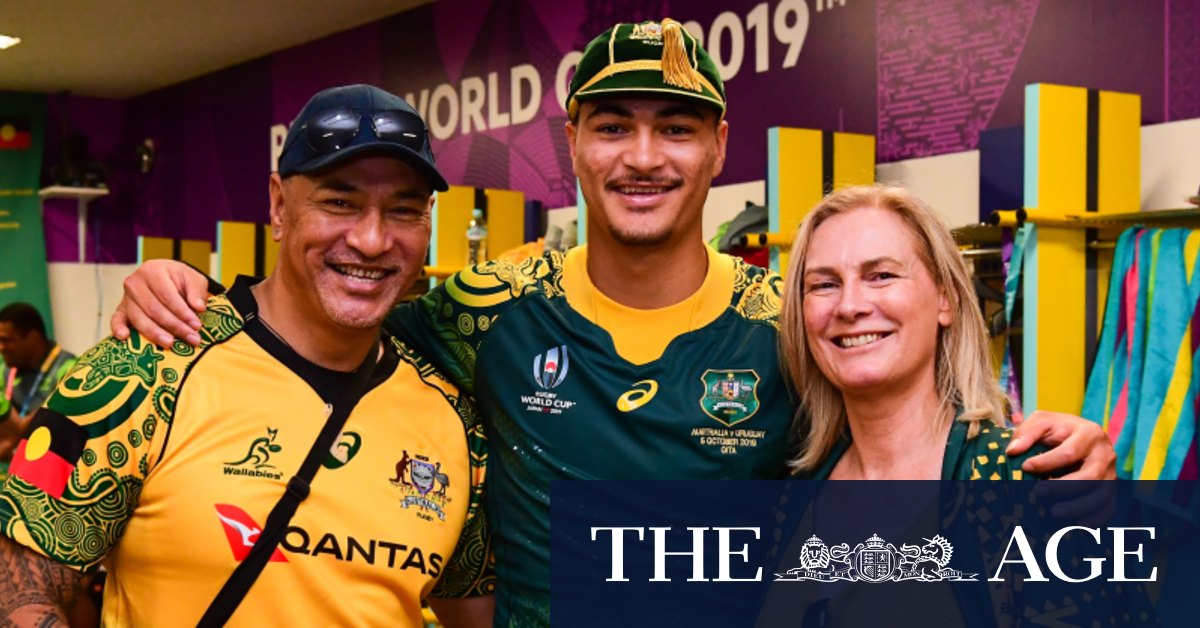 While the Reds would not confirm the news, Rebels centre Matt Toomua spoke on behalf of the Petaias.

Tielu Petaia and Toomua’s father, Ieru, were very close friends, a friendship that extended to their sons and other children.

“On behalf of the Petaia family and extended family, thank you to everyone who’s given their support, both teams and individuals. This is a very hard time for us,” Toomua said.

“Tielu was loved by many and all the guys knew him as the Uncle who was always downstairs at the hotel after games and greeting everyone. He was very loved. The family wishes to thank the Reds and Rugby Australia for their support and care.

“Thank you and please bear with us while we go through this tough time for the family.”

Also speaking on Fox Sports following the Rebels’ 30-12 win over the Brumbies, Toomua said: “I just want to tell you all that I love you guys and I’m thinking of you guys. God bless and we’ll see you soon.”

Petaia announced himself on the world stage last year at the Rugby World Cup, where he debuted as a 19-year-old.

He started at outside-centre for the Wallabies in their quarter-final loss to England and has been earmarked as a future star of Australian rugby.

Petaia was extremely close with his father, who travelled to Japan for the World Cup. The pair were pictured together after Petaia played in his first Test against Uruguay in Oita.

It comes as the Waratahs also were forced to make a late shuffle to their starting side on Friday following the withdrawal of captain Rob Simmons due to a rib injury he picked up against the Rebels a fortnight ago.

Tom Staniforth comes into the second row, while Jed Holloway takes a spot on the bench.

Michael Hooper will captain NSW for the first time this year after standing down as captain before the season got under way.

Previous Get on top of the outbreaks and numbers will start to drop rapidly
Next AFL live updates: Essendon v GWS Giants