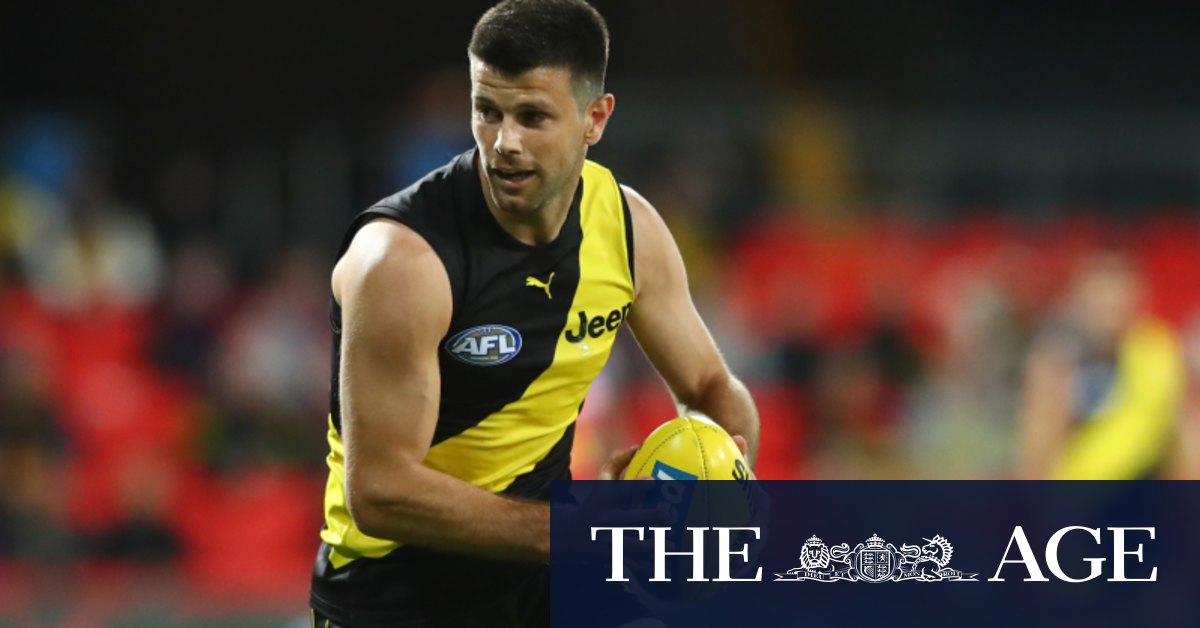 “He won’t go [to Adelaide]. He is probably the one player we have put a little bit of plan in place with regards to his hamstring,” Hardwick said.

“He won’t board the plane but he will, obviously, be right nine or 10 days later.”

Higgins has played eight games this season upon his return from brain surgery but has struggled to have an impact in recent weeks. He has been goalless since round five and has averaged less than 11 touches a game over the past three weeks, including only six against Brisbane.

Premiership duo Josh Caddy, who has not played since round seven because of a hamstring injury, and Daniel Rioli, who was dropped after the round-eight win over the Giants, return.

The competition-leading Power (8-2) have been playing attacking, even exhilarating, football but pulled a selection surprise by dropping swingman Justin Westhoff.

Their defeats have been only to premiership favourite Brisbane and the improving St Kilda, their latest victory a come-from-behind 13-point win over the Western Bulldogs on Monday.

Key forward Charlie Dixon, enjoying career-best form, has 19 goals and is firmly in the mix for the Coleman Medal. Young Tiger Noah Balta is set to get the job on him.

“His (Dixon’s) contested marking is very good. It has been for a long time. I think his consistency at this level has by far exceeded his seasons gone past. He is so dynamic as well. He is very good at ground level as well,” Hardwick said.

“It’s an enormous opportunity for Noah and one we are prepared to back him in with.”

Shai Bolton continues to emerge as an important figure in the midfield, and enjoyed a career-high 24 disposals, including six clearances and a 70-metre goal, against the Lions.

He and Dustin Martin, also with 24 touches in a best-on-ground performance against the Lions, have been dynamic.

“He (Bolton) has been terrific. He is a player we have tried to get into the midfield at various stages but haven’t really had the opportunity with other personnel available,” Hardwick said.

“He has grabbed that opportunity. He is only going to get better once he gets fitter and learns the role even more so.”

The Tigers have also been buoyed by the output of key forwards Jack Riewoldt and Tom Lynch, combining for seven goals against the Lions.

Riewoldt had managed only nine goals in the nine previous matches but his bag of four has come at the ideal time for the defending champions.