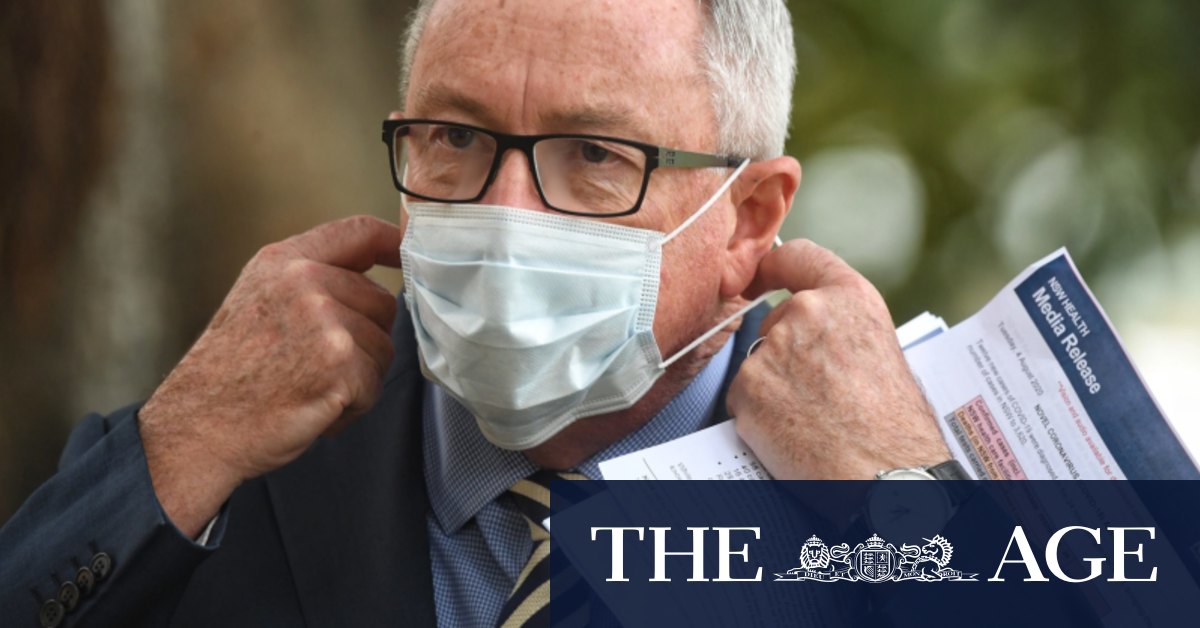 NSW recorded nine new COVID-19 cases yesterday, with two in hotel quarantine, four that were close contacts of known cases and three still under investigation. One of the three cases under investigation is a student of Tangara School for Girls in Cherrybrook, which closed on Friday for cleaning.

Victoria reported 466 new cases, which Victorian Chief Health Officer Brett Sutton said was a sign of stabilisation in the virus-ridden state. “That is not good enough but it’s a positive that we have averted an exponential increase through the last couple of weeks,” he said.

Another 12 people died of COVID-19 in Victoria, including a man in his 30s and six people in aged care.

Health experts have doubled down on concerns about Sydneysiders hopping between venues after people who later tested positive to COVID-19 visited up to seven venues in one weekend.

On Friday the Australian Medical Association’s NSW president Danielle McMullen called for tighter limits on the size of groups at pubs, clubs and restaurants, while Kirby Institute professor Greg Dore said such venues should be shut altogether for four weeks.

Mr Hazzard said 40 per cent of COVID-19 infections were among 18 to 29-year-olds and “it would certainly be a bonus if that section of the community slowed down their activities a little”.

“There’s a degree of frustration when it comes to doing the [contact] tracing, [as] young people tend to be enthusiastically moving from venue to venue at night,” he told The Sun-Herald.

While it would be “helpful” if people did not have pub crawls or visit multiple venues, “there’s no appetite to make it compulsory at this point”, Mr Hazzard said.

Asked about Dr McMullen’s comments, he said: “Current restrictions in NSW are under constant review … we must balance the health risks with the impacts on the economy and jobs, which also have a profound effect on people’s health, wellbeing and livelihoods.”

Mr Green said it would be difficult to enforce a limit on venue visits and argued the current caseload in NSW appeared to be manageable without a need for more restrictions.

“Like the rest of NSW we closely monitor the daily numbers and we’ve seen those numbers remain low with no substantial increase, which provides some comfort,” he said.

Pubs including The Golden Sheaf in Double Bay, the Unity Hall in Balmain, the Royal Hotel in Ryde and The Darlo Village Hotel in Darlinghurst have been fined $5,000 for not enforcing social distancing restrictions.

“In this day and age, the actual idea of attending multiple venues on one night … people need to reflect on whether that is the right thing to do,” he said.

“We were all 20 once, and there will be people who remain in their 20s after the pandemic when this is all over, who can go back to the old eight-pub pub crawl. But for the moment, I think we need to kind of pull back a little bit on our socialising.

“Just remember that when you visit many places in a night … you may be the person spreading the virus.”

Mobility data from multiple sources shows that in general, Sydneysiders are restricting their own movements and have not come close to resuming pre-COVID levels of activity, except for driving.

In London, which was ravaged by the pandemic early in the year, driving has returned to 9 per cent above the baseline, while walking is 21 per cent under and mass transit is 29 per cent under – more activity than in Sydney.

with Megan Gorrey and Rachael Dexter

Sun, salt and breeze: a defence of the Freshwater ferry fleet

Rarely is public transport credited with healing pain, but so went a passenger’s recollection of …