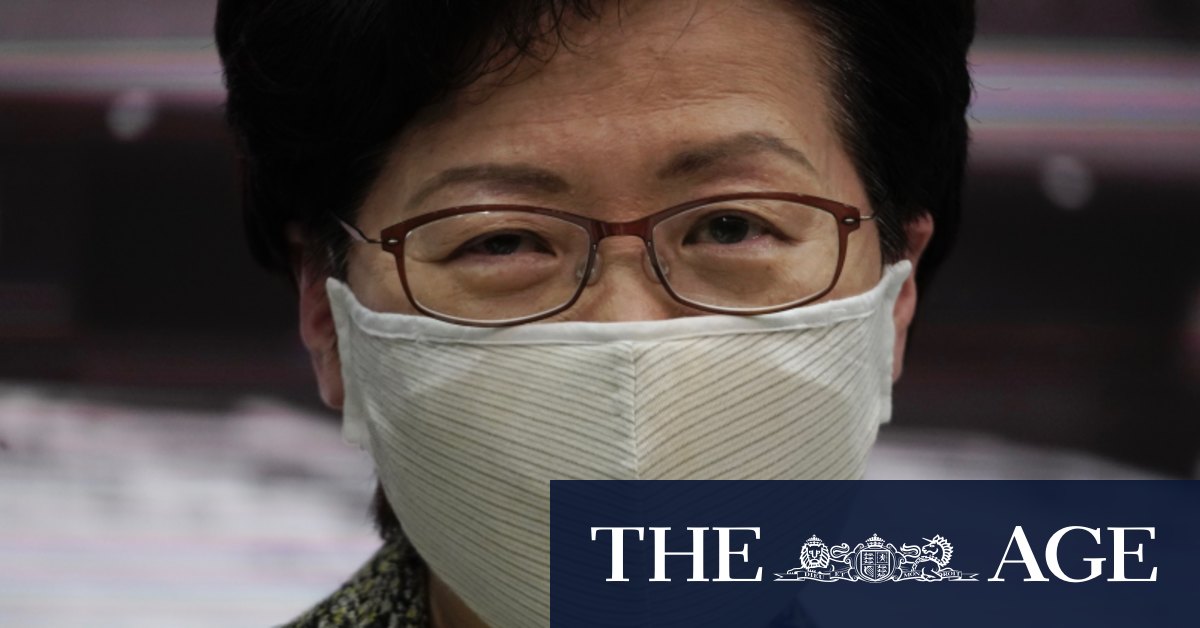 The United States on Friday sanctioned Hong Kong Chief Executive Carrie Lam and 10 other officials in response to the imposition of a Chinese national security law on the territory.

In language closely resembling statements issued by Beijing, a government spokesman accused the US of “double standards and hypocrisy”.

Top Hong Kong and Chinese official took pot shots at the United States on Saturday, with Lam mocking the US on Facebook, saying the Trump administration had got her address wrong, listing the official address of her chief deputy instead.

At a press briefing last month, Lam said she would “laugh off” any US sanctions, since she does not have any assets in the country nor plans to visit.

The sanctions freeze all US assets belonging to those named and put severe restrictions on Americans doing business with them.

Edward Yau, Hong Kong’s Secretary for Commerce and Economic Development, called the sanctions “beyond all reason” and warned that US companies in the region would ultimately suffer.

The sanctions were introduced in response to Beijing’s imposition of a new national security law on Hong Kong in late June, and for postponing for one year elections in which the government was expected to fare poorly. Pro-democracy candidates won a landslide victory in local-level elections last November.

The law introduces tough new prison terms for acts of subversion, succession and colluding with foreigners.

Washington: Roger Waters says Mark Zuckerberg asked to use one of Pink Floyd’s most famous …