Race-by-race tips and preview for Port Macquarie on Monday

admin August 9, 2020 Sport Comments Off on Race-by-race tips and preview for Port Macquarie on Monday 14 Views 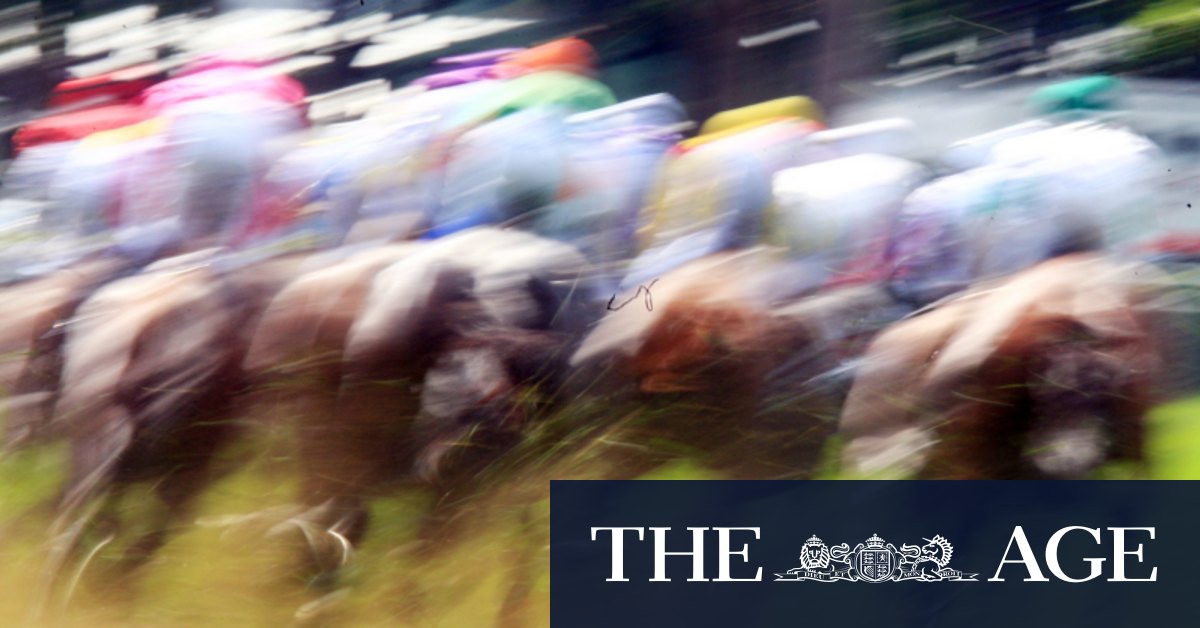 Same trip now for the more experienced and seasoned performers. Four-year-old Newcastle gelding 7. The Borough from the Paul Perry yard only needs to find cover to take care of these. Sailed home to win two straight before charging again late to just miss at Tamworth under 61kg. Despite going up in grade, he still looks very well treated at the weights.
Dangers: Tough northern hemisphere-bred Grafton six-year-old 1. Real Gent fought on like there was no tomorrow to claim a BM58 at home fourth-up. This isn’t much stronger, and if he gets across to lead without doing too much work will be hard to run past. Big watch on Gosford nine-year-old 9. Charlie’s Law, who didn’t savage the line at Tamworth, but is hard fit, drops 4.5kg and trainer has tinkered with the gear. Local mare 6. Zellymay didn’t fire a shot resuming, but was ridden way out of her comfort zone back in the field under a big weight. Can improve sharply, ridden closer over more ground, and won her only previous second-up start. Local mare 8. Maid Marilyn comes out of some very handy form races, and is looking for this extra trip.
How to play it: The Borough to win, Charlie’s Law each-way and first four 1,7,9/1,6,7,9/1,6,7,8,9/1,6,7,8,9.
Odds and Evens: Split.

Back to a maiden battle for the boys at set weights, and progressive three-year-old 11. Royal Charge for the Allan Denham yard at Wyong looks a near good thing. Led and kept finding at Taree before edged out a whisker by a smart one. Draws to repeat the dose from the same barrier, and there are no La Girl types in this.
Dangers: Consistent Wauchope four-year-old 6. Highbury had found the line well in three runs before no match for La Girl at Taree and, away from the top selection, this appeals. Watch the betting on four-year-old former Victorian 9. Stealth Approach having his first run for leading Coffs stable.
How to play it: Royal Charge to win.
Odds and Evens: Split.

Now the girls’ edition, and it’s decidedly tougher and more open. Going wide with five-year-old mare 5. Kate Lea who was around $20 in early markets. Hasn’t raced since mid-January, but is a mile over the odds for new local trainer John Sprague. Liked her two trials at Hawkesbury, especially the latest when she picked up late under a nice hold, and the gear changes have been rung including blinkers on for the first time.
Dangers: The form of Newcastle mare 1. All A Lady is all over the shop, but this is the easiest opposition she’s met in a while, and draws to get a charmed run behind the speed. Coffs mare 4. Just Cosmos will need to get over and slot in from a wide draw, but she can peak third-up.
How to play it: Kate Lea each-way.
Odds and Evens: Odds.

Tricky race. Newcastle mare 7. Tessa Burrito from the Kris Lees stable continues to work home from well off the speed in deeper races, without really threatening. Should be right at her peak though in what looks a thinner affair, with top country jockey booked.
Dangers: Tough local six-year-old 3. Condover Hall stuck on OK behind Men In Tights at Taree who then took on tougher Highway company at Rosehill on Saturday, so the form line reads well, and he’s already a two-time winner at this track. Kembla mare 9. Everly Girl hit the line hard behind Men In Tights, and the longer trip is right up her alley.
How to play it: Tessa Burrito to win.
Odds and Evens: Odds.

Promising three-year-old gelding 5. Areya Tuchuzy led all the way to win his maiden at Tamworth two runs back before swamped late by a very good one resuming.
Dangers: Smart Taree mare 2. Gold Bracelet resumes with no official trial, but is smart fresh, and on debut last prep bolted home in heavy ground. Wyong mare 3. Pluck And Lucky also possesses a good first-up motor, thundering home to beat a smart class 2 field fresh at Scone in summer, but she won’t want to get too far back from the inside draw.
How to play it: Areya Tuchuzy to win.
Odds and Evens: Split.

Strong race for this class, with plenty of chances. Three-year-old Coffs filly 10. Vaporetto from the Brett Bellamy yard returns to the track where she swept home to win her maiden on debut before working home late this grade at Ballina when easy in betting. Won’t settle as far back here from a much better draw, and can run the best final 400m of the race.
Dangers: Local four-year-old 1. Stonecold Flex has been banging on the door all prep, and if he runs anywhere near his last couple in these conditions will be in the finish. Can be ridden forward, or with cover off the speed, and four runs back was beaten under four lengths by Rothenburg who is one of better wet track Highway winners all year. Watch the market on Newcastle five-year-old 2. Philanthropist, whose provincial form is patchy but trainer has swapped blinkers for winkers.
How to play it: Vaporetto each-way.
Odds and Evens: Split.

Tough and open one to finish. Coffs five-year-old 1. Dollson from the Donna Grisedale stable is the one to beat fourth-up at pet trip despite carting a career-high weight. Likely leader who has only been collared late in his last couple, and can dictate all the way.
Dangers: Wauchope six-year-old 3. Chief Havoc won two straight at this track before failing to run on in a deeper field at Taree. Expect sharp improvement third-up from local mare 5. Money Heist who has done next to nothing in two runs back, but this is easier. Big watch on Gosford six-year-old 2. Matakauri who resumes off a lengthy break with no public trial, but is a first-up winner while Taree mare 9. Hold All Tickets is fourth-up and best of the rest.
How to play it: Dollson to win and trifecta 1,3,5/1,2,3,5,9/1,2,3,5,9.
Odds and Evens: Odds a special.

Previous Gunmen kill six French aid workers, their driver and guide in giraffe reserve
Next The hidden fallout of the pandemic: Fears lockdown linked to jump in child abuse material arrests in WA