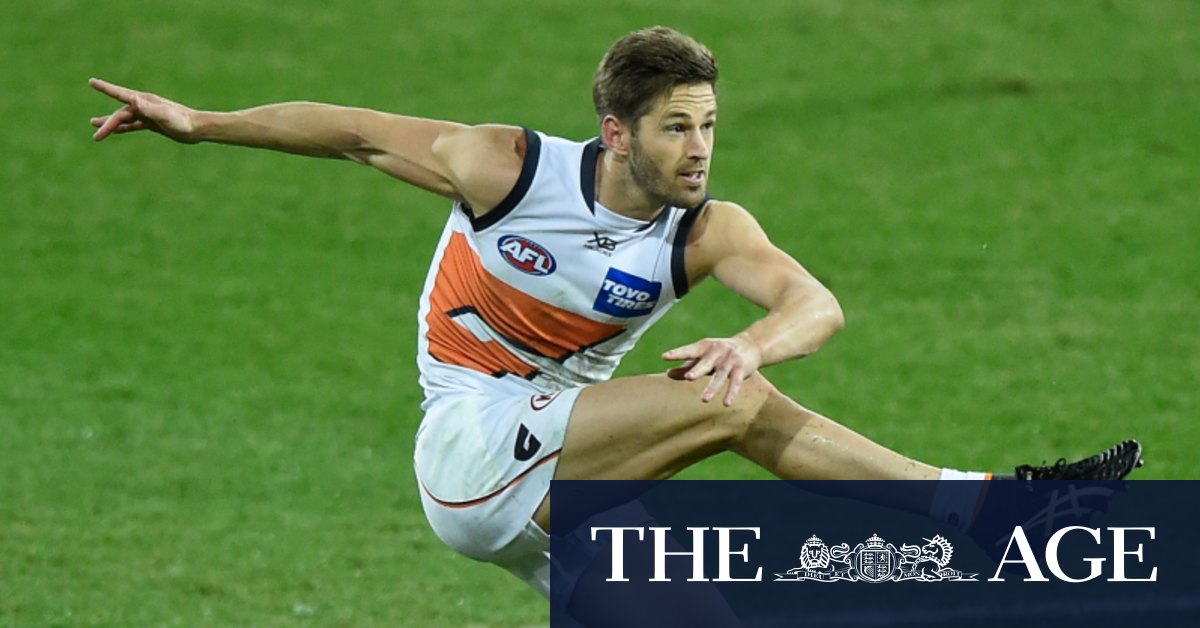 This, as Giants midfielder Callan Ward pointed out on 3AW radio on Saturday after he received death threats, is a massive concern.

Although Ward said he could handle the vile attacks that came his way after he over-egged the high contact he received from Essendon’s Shaun McKernan, he sensed many others might not, so had an obligation to speak up.

In addition, players are in hubs, alone inside rooms, away from the voices of reason that inhabit their normal lives away from clubs. They are particularly vulnerable right now and there is an urgency to addressing this issue even though the risk will only diminish slightly when they return home.

That’s why Ward’s comments should cause a reaction that lends support to players that is every bit as strong and vehement as the one Carlton’s Tayla Harris received when she called out the sexist trolls that entered her life via social media as a result of a famous photo of her perfect kicking action.

It’s not hard to find examples of words now directed at players such as Ward with Liam Ryan, Mason Cox, Travis Varcoe, Aaron Hall and Neville Jetta among the many to point out examples this season.

West Coast ruckman Nic Naitanui has said previously he estimates about one in 10 messages he receives via social media are racist, while players are regularly threatened on social media by disgruntled punters who missed out on one leg of their “multi”, with betting on football turbocharging attacks on players.

Channel Nine’s Tony Jones argued on the Sunday Footy Show the media should refuse to highlight the comments to deny the cowards airtime. It was a worthy contribution to the debate but not one I agree with, as it allows perpetrators to operate in the shadows without fear.

The shift in the tenor of the abuse began in the ’90s when Nicky Winmar made his brave stand at Victoria Park and the media began to highlight what was happening in the outer.

Ground rationalisation, family areas, security and mid-strength beer underpinned continual education so the crowds now regulate as best they can any vile abuse.

Monitoring social media is harder, because police can’t act unless the player wants to make a complaint and very few are inclined to go through a legal process particularly when those peddling such abuse may be minors or have intellectual challenges.

Clubs can strip perpetrators of their membership if they discover the guilty party, which is one small step towards elimination. The AFL can tackle the social media companies that provide the vehicle for such attacks, but those organisations are yet to show a real inclination to stop the flow.

So the best way to shift the tenor of comments is to call out what is happening to give us all pause for thought when we post on social media words that might unwittingly unleash a torrent of abuse.

Only this week, BBC Sport Online, which has a social media following of more than 33 million people, introduced a new policy to target and expose hate-filled messages.

By highlighting the worst comments we leave those who wish to run the gauntlet finding themselves under the harsh spotlight of public condemnation, a place no coward wants to be.