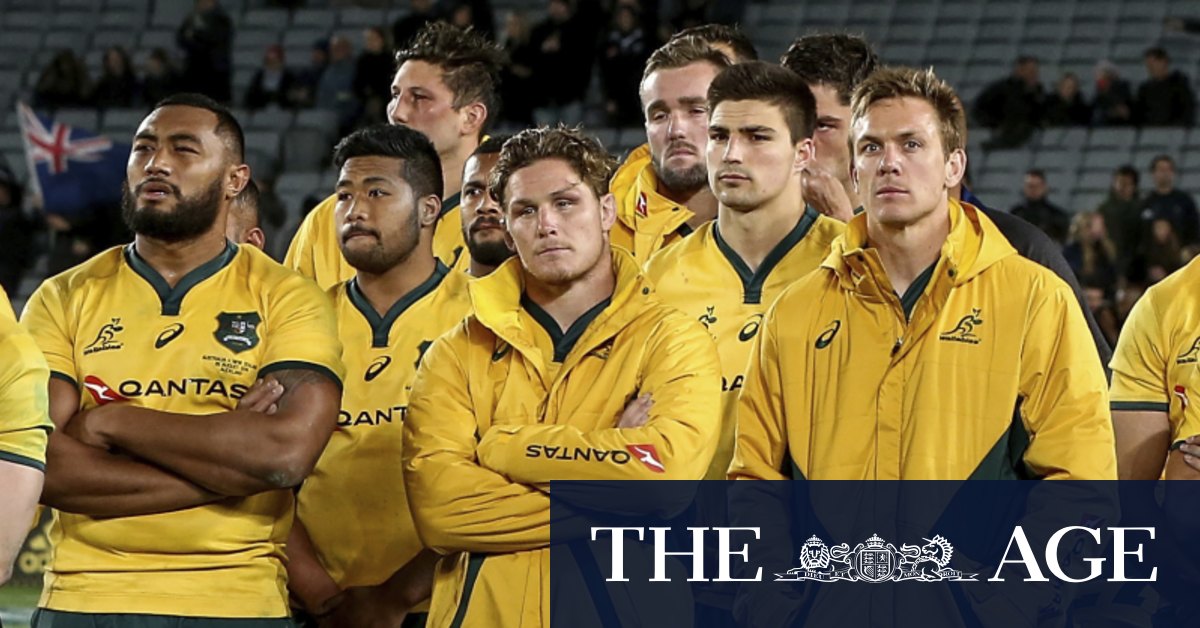 If the Wallabies manage to play eight Tests this year – four against New Zealand (two at home, two away), two against South Africa and two against Argentina – RA will pocket the same amount of broadcast money as part of the current deal.

However, if the number of Tests is reduced, RA will have to renegotiate with Fox Sports and other broadcast partners.

‘If everything turned negative, then yes, one of the scenarios could be that we play those two Bledisloes in New Zealand.’

The other factor at play is that if Australia host two Bledisloe matches, they will almost certainly have to be played in front of reduced crowds.

At a time when every dollar counts, there would be some temptation to cut a deal with the Kiwis by splitting ticket revenue and playing every game in New Zealand where big crowds have been soaking up Super Rugby Aotearoa action.

“Ideally you would want [games] in Australia to reward your fans so they could come and watch the game and, certainly from a commercial point of view, we have many corporate supporters and we’d want to reward them as well,” Clarke said. “We’re working with various governments to see what the potential crowds might be and what limitations might be placed on match-day crowds. That will have an influence on at least where one of the games might be played.

“If everything turned negative, then yes, one of the scenarios could be that we play those two Bledisloes in New Zealand and capitalise on the opportunities they present. That has been factored into our thinking but certainly isn’t our preference.”

Clarke said there was no suggestion Australia would try and delay their home Bledisloe games until after a New Zealand-based Rugby Championship.

“That’ll be Christmas, that’s the issue,” Clarke said. “At this point in time, the TRC is scheduled to kick off on the 7th of November and not finish until possibly the 12th of December.

“It’s a bit like the Star Wars numbering system. No.3 and No.4 Bledisloes will be played first on the 10th and 17th of October, hopefully here in Australia, and then No.1 and No.2 will be played as part of the Rugby Championship in New Zealand later in November.”

It is likely the All Blacks and Wallabies will have to go through two-week isolation periods when they land abroad before playing.