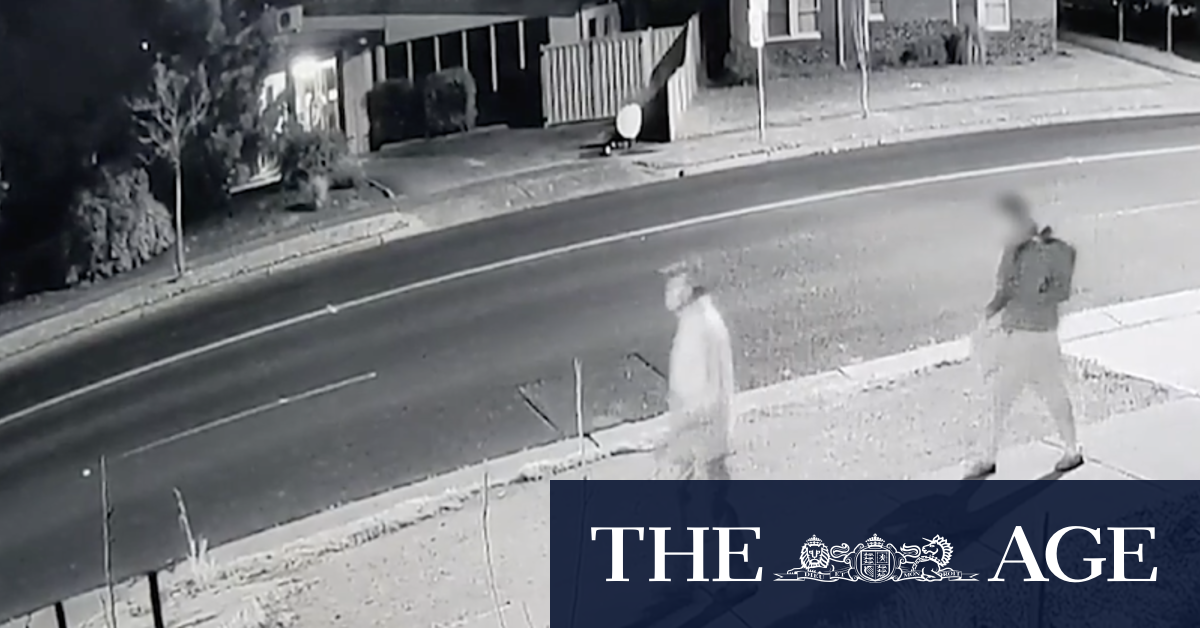 The man then pushed her to the ground and rummaged through her backpack, before leaving the area on foot.

The woman was found by police not long after, outside a school on Duncans Road.

The woman later told her carer about the sexual assault which was then reported to police.

Investigators have released CCTV footage that shows the victim walking with an unknown masked man east along Duncans Road from the intersection of Synnot Street about 8.40pm.

Detectives are appealing for information from anyone who might have seen the pair that night, in particular two people who had been walking west on Duncans Road, as well as the people in two other vehicles that are captured in the CCTV footage.

“Detectives are keen to speak to these people in the hope they can provide any information, including dash-cam footage from the vehicles,” the police spokeswoman said.

The man police wish to speak to had a shaved head and at the time of the incident, was wearing a fluorescent orange tradesman’s shirt, ripped brown tradesman pants, and work boots.

The footage also shows the man has a distinctive gait.