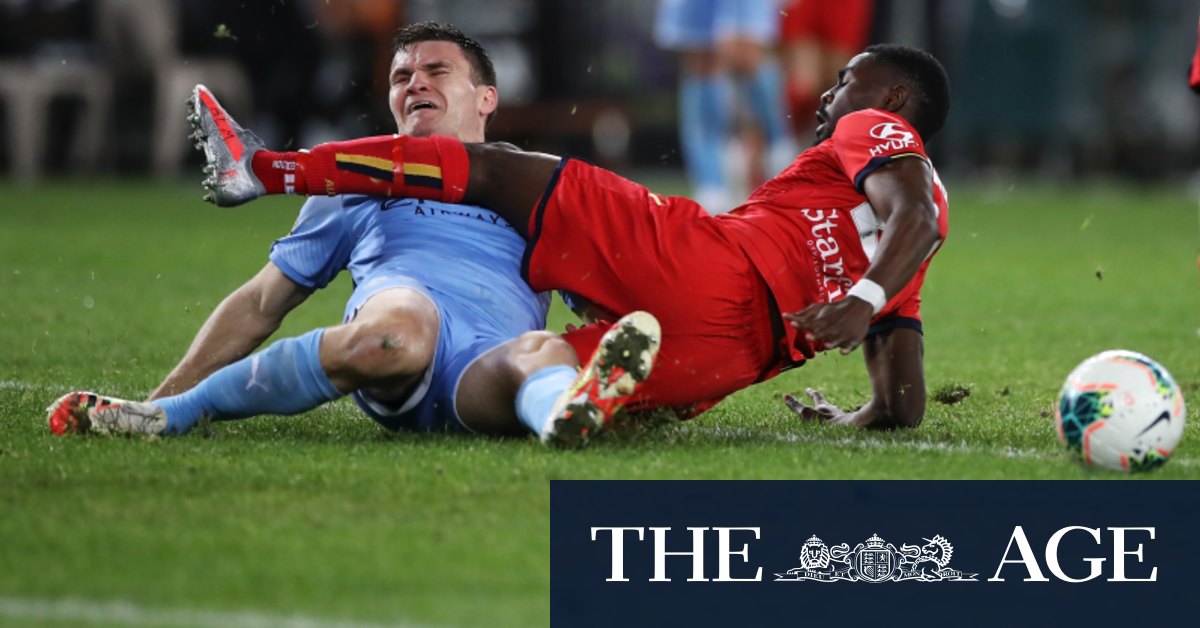 In large part their problems were caused by a reckless and unnecessary challenge by one of their most experienced and best players, former English Premier League winner Craig Noone, whose wild attempt at a tackle on Michael Jakobsen (a former City player) saw him shown a straight red card with 23 minutes to go.

For a player with Noone’s pedigree, the manner and the timing of his challenge was poor and he will miss at least the final league match of the season, the clash with Western United.

But even from that point onwards, a team with championship winning potential should be expected to defend a two-goal advantage against a side crammed full of enthusiastic kids who were struggling to limp into the last finals berth available.

City have been here before, losing out on numerous occasions in the past five years, one game short of a grand final appearance under coaches such as John van ‘t Schip and Warren Joyce.

Mombaerts said that Noone’s dismissal was the pivotal moment of the game, but accepted that his players needed to do better after controlling the first half and taking a 2-0 lead.

“It’s a technical problem. Adelaide is also very good in heading,” the Frenchman said about the vulnerability City appeared to show to high crosses into the penalty area as Adelaide chased late goals.

City’s failure to cement second spot should not harm their Asian Champions League prospects as the only team that can pass them is Wellington Phoenix, and that would require City losing their last game and the Jets winning theirs.

Even if that was to happen, Phoenix are not part of the Asian Football Confederation and would not – unless the rules are changed – be allowed to play in the ACL, if it goes ahead in the first place.

and now you don’t.Credit:Getty Further stardom came when he featured as “Mr October” in a …