Race-by-race tips and preview for Warwick Farm on Wednesday

admin August 11, 2020 Sport Comments Off on Race-by-race tips and preview for Warwick Farm on Wednesday 19 Views 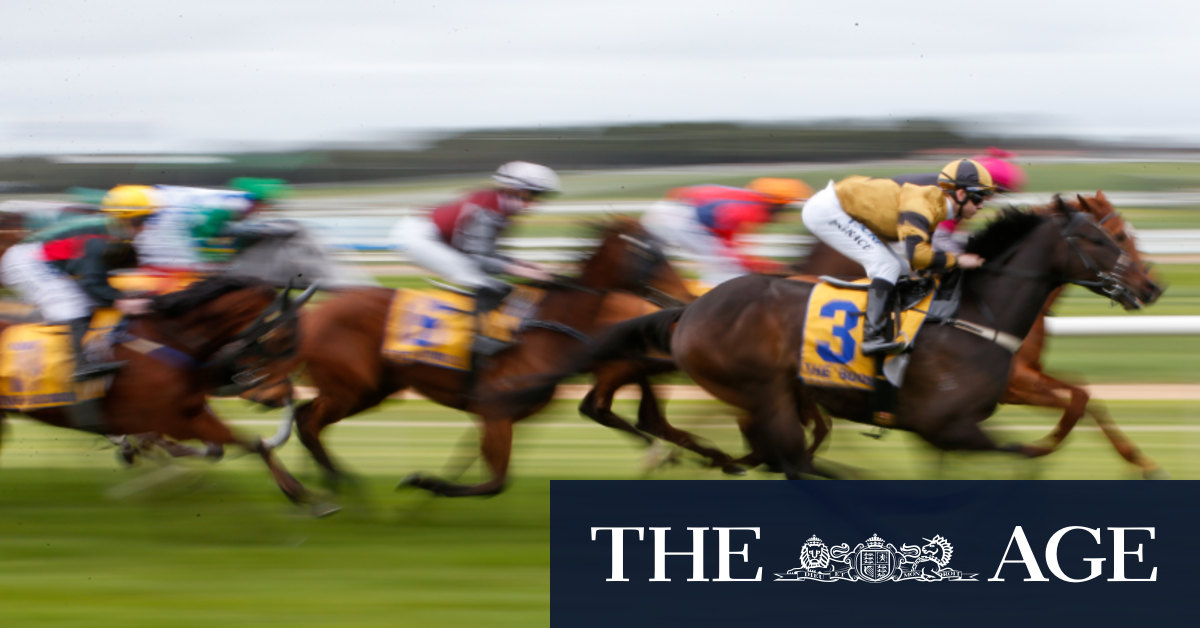 4. Kingsheir will start a short-priced favourite with some raps on him going into his debut at Newcastle and after his very easy win there over 1300m. That was a month ago and he trialled well on heavy ground at Rosehill last week. Has plenty of potential and hard to go past.
Dangers: 6. Satin Ruby hit the line stylishly behind Dancing Gidget first-up then forgive the failure behind Killin a month ago. Did follow the winner but it was a tricky track that day. Form has come out of the race with Tailleur and Emeralds winning since so no surprise if she improves. 5. Lubuk appreciated the drop in class to win at Kembla then boxed away OK at Randwick on the heavy behind Not Feint Hearted. Probably more effective on soft tracks but capable of being placed. 3. Fantasy Eagle has his first shot at metro company and has been competitive at provincial level his last two. Not convinced he loved the heavy at Hawkesbury last time so that has to be a query.
How to play it: Kingsheir win; Trifecta 4/3,5,6/3,5,6. Odds & Evens: Evens.

6. Red Hot Chillypins was well ridden to score over this trip two weeks ago in similar conditions and only goes up 0.5kg due to a modest class rise. Can’t see any tougher opposition here, and given she was up in trip last time she will only be fitter. Go well.
Dangers: 2. Merlinite might be one run off a win but showed good signs second-up with her close second at Canterbury, her first placing on a heavy track. In her comfort zone distance wise now and should run another honest race. 3. Continuation is always competitive at this level and found his way onto the pace before boxing on for third behind Red Hot Chillypins last time. Gets a 5kg turnaround in the weights here with the claim so don’t dismiss. 7. Space Is Deep is the one coming out of provincial class after a popular win at Kembla recently. On the up but possibly priced on stable and not form. Not saying she can’t win but just wary of price.
How to play it: Red Hot Chillypins win; trifecta 6/2,3,7/2,3,7. Odds & Evens: Evens.

Happy to stay with 8. Irish Angel each-way despite coming back a bit in trip. Looks a race with a bit of tempo and this mare may have just taken off a bit soon, or found 1300m too tough in the conditions, when run down here last time. If she gets last shot she can go close.
Dangers: 5. Night Flyer is a promising mare who bumped into Shout The Bar first-up last prep then beat a solid field on a heavy track at Wyong with a strong late finish. Nice trial against a few smart Godolphin horses at Hawkesbury and is worth respecting. 10. Redoute’s Image comes off a maiden win first-up on a heavy at Canterbury and she had the cold sit on the leader there before prevailing late. Interesting to see how she measures up but has all the upside. 6. Liara is five weeks between runs since her excellent first-up run here in July on a soft 6. Would relish some tempo up front and is an each-way chance at least.
How to play it: Irish Angel each-way. Odds & Evens: Split.

4. Accelerato has found a winnable race and is holding his form well this time in. Probably on the wrong part of the track when beaten favourite here two runs back then brave behind a couple of much higher rated horses at Randwick. Back up in weight but in his right class. Hard to beat.
Dangers: 2. Epic Dan finished just ahead of Accelerato in a similar race two weeks ago and is one of those horses you always have to consider on a heavy track. Especially at Warwick Farm. Sure to run well once again. 7. Wander is another to contest that race a fortnight back. He ran second and was out in the preferred ground to make his run. Rarely runs a bad race so expect him to be thereabouts and, after the claim, he’s still down in the weights. 10. Joy And Mirth ploughed through a heavy 10 to win at Kembla three runs back, disappointed here subsequently but then back in form with a solid second back at Kembla. Heavy track brings her into the mix.
How to play it: Accelerato win; Trfiecta 4/2,7,10/2,7,10. Odds & Evens: Evens.

7. Badoosh did a very good job first-up on a heavy track at Randwick, getting back and running on into second. While beaten five lengths he’s fitter, has the blinkers on and showed the ability last time in against some smart types to say he can certainly go close at midweek level.
Dangers: 9. Lexi’s Choice started favourite in the same race and was close up in fourth, taking the run on the inside of those in contention. Seemed to have her chance but doesn’t need to improve much to be in the finish. 6. Suave was a drifter in betting first-up at his first heavy track start and was a bit plain after stepping away on the back foot. Better than that and, if the heavy track wasn’t the reason for his performance, he can improve sharply. 1. Cisco Bay is better known over a bit more ground but has trialled very well in heavy going twice of late. Wouldn’t shock to see him run a forward race.
How to play it: Badoosh win; Trifecta 7/1,6,9/1,6,9. Odds & Evens: Split.

7. Showminder tends to make hard work of it in his races but this one looks to set up well for a horse that can sit on a solid speed and keep going. Has a flat spot but, if he’s within a length or so of the lead coming to the turn, he’ll be right there at the finish.
Dangers: 3. Bentley Magic was a popular winner on a soft 6 here two runs back, then not entirely disgraced beaten two lengths at Canterbury three weeks ago. Drops 1kg here and is worth another chance. 2. Baanone can be a bit hit and miss but he put his best foot forward when narrowly beaten at Canterbury last week. Pattern will be crucial, if it’s fair or trending to the outside he’ll take holding out. 1. Kaapfever is a big watch second-up from a break and he didn’t perform terribly over the unsuitable 1400m at Randwick. Note he won off a similar effort when up to a mile early last prep and you wouldn’t put it past him to put himself in the finish somewhere here too.
How to play it: Showminder each-way. Odds & Evens: Odds.

Previous Four-goal Shakhtar set up Europa semi against Inter, Wolves heartbreak
Next Why mid-week AFL matches should be the new normal