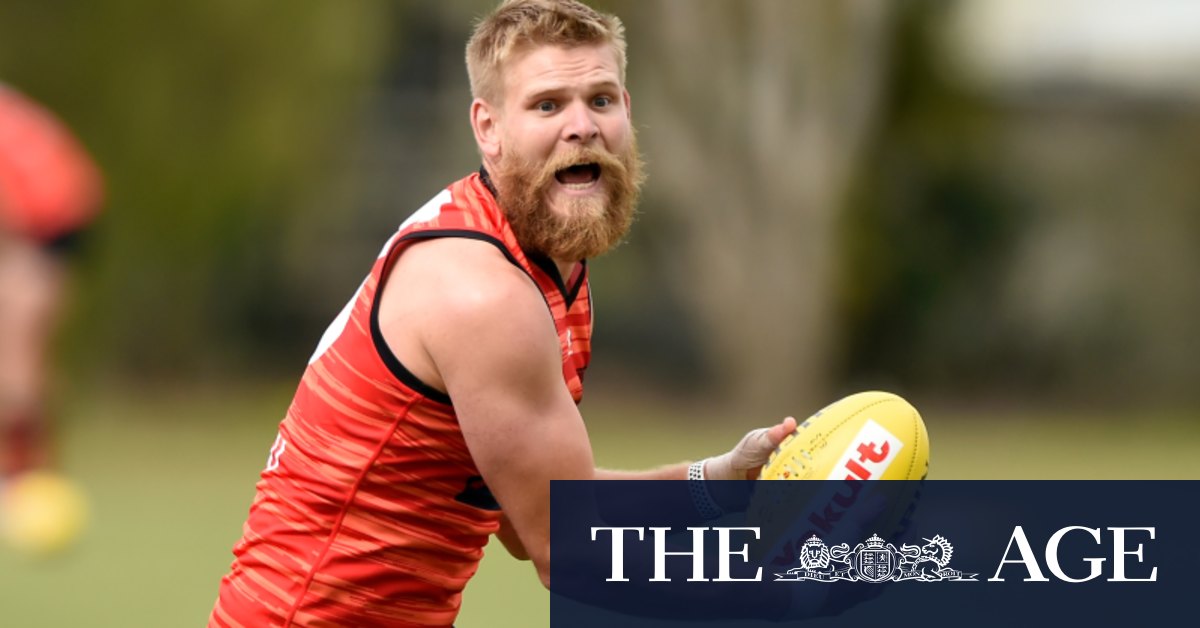 Defender Jordan Ridley had been in doubt but has been named despite copping a knock to the ribs against Greater Western Sydney.

With several members of Essendon’s leadership group sidelined, Dylan Shiel has been chosen as acting captain.

Coach John Worsfold flagged a return for Hurley against the Saints.

“We’ve picked a team that we think can match up pretty well,” Worsfold told the club’s website.

Townsend was sporting a shiner following his head knock in the narrow loss to the Giants but has been cleared of a facial fracture. While concussion protocols have ruled him out of the the Suns match, he could return for the Saints.

The Bombers will have to keep waiting for several of their injured stars to return. Cale Hooker (calf) could face the Saints however Orazio Fantasia won’t be available until the Dreamtime game against Richmond on August 22, at the earliest.

Jake Stringer (ankle syndesmosis) is still two to three weeks away, while Jayden Laverde is listed as a five to six-week proposition with the same affliction. Patrick Ambrose (foot), Joe Daniher (groin/calf) and Dyson Heppell (ankle) are all listed as indefinite.

However Gold Coast have dropped two-time club leading goalkicker Alex Sexton, who has gone goalless in their past two matches. Nick Holman has also been omitted while youngster Jeremy Sharp is out through injury.

Essendon enter the match in 11th spot on the ladder although the Dons have two games in hand on several sides above them.