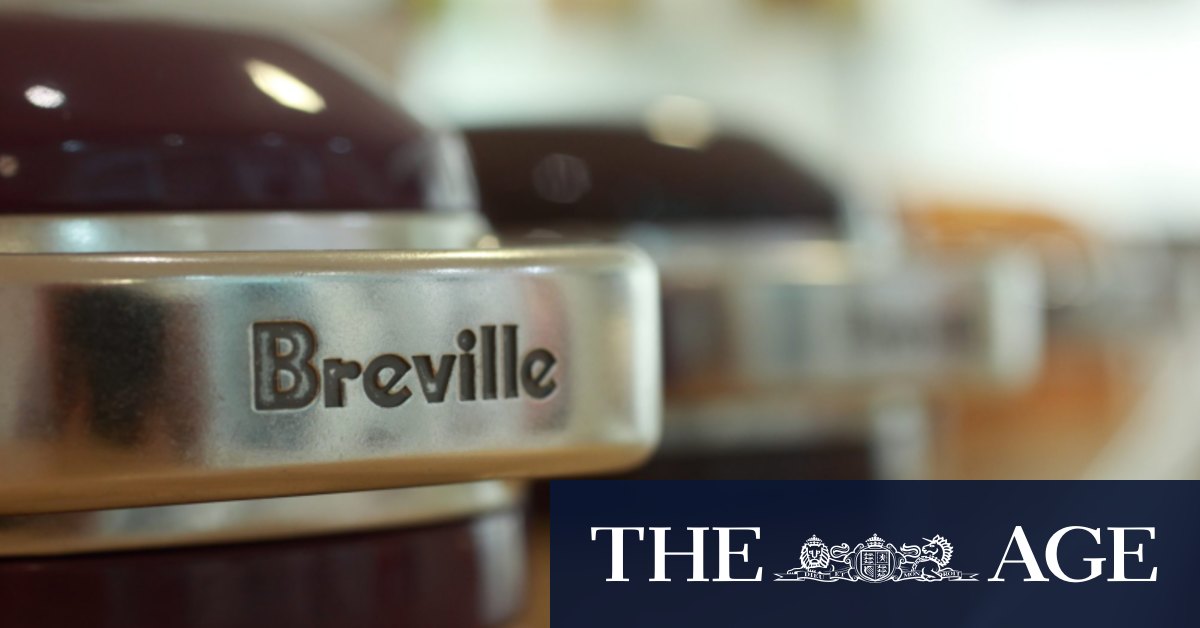 “In FY2020 we faced a cluster of headwinds in the form of Brexit uncertainty, exchange rates, US tariffs and COVID-19 and equally we had our share of good fortune in terms of our inventory levels and the relevance of our products to the ‘new normal’,” chief executive Jim Clayton said.

“We emerge from FY20 with momentum and a hardened foundation to build upon over the next five years.”

Sales were strongest at the company’s nascent European division, up 60 per cent to $143.3 million. Australian and New Zealand trade increased 18.4 per cent to $157.4 million.

Sales in some regions, including Australia, were affected by stock shortages caused by high demand and some supply chain difficulties from China. Inventory is currently below target, Breville said, with some sales pushed into the first half of the current financial year.

The retailer’s results were slightly under consensus forecasts and well below estimates by Credit Suisse analysts, who predicted a normalised NPAT of $84 million and total revenue of $969 million.

Net cash was $128.5 million for the full year, reflecting the balance sheet benefits of the company’s $104 million capital raise completed in May. Major shareholder Solomon Lew did not participate in the capital raising, slightly diluting his $820 million stake.

The company raised its dividend by 10.8 per cent to 41 cents per share, based on its normalised NPAT. Breville did not provide any guidance or outlook for the first few months of the 2021 financial year.