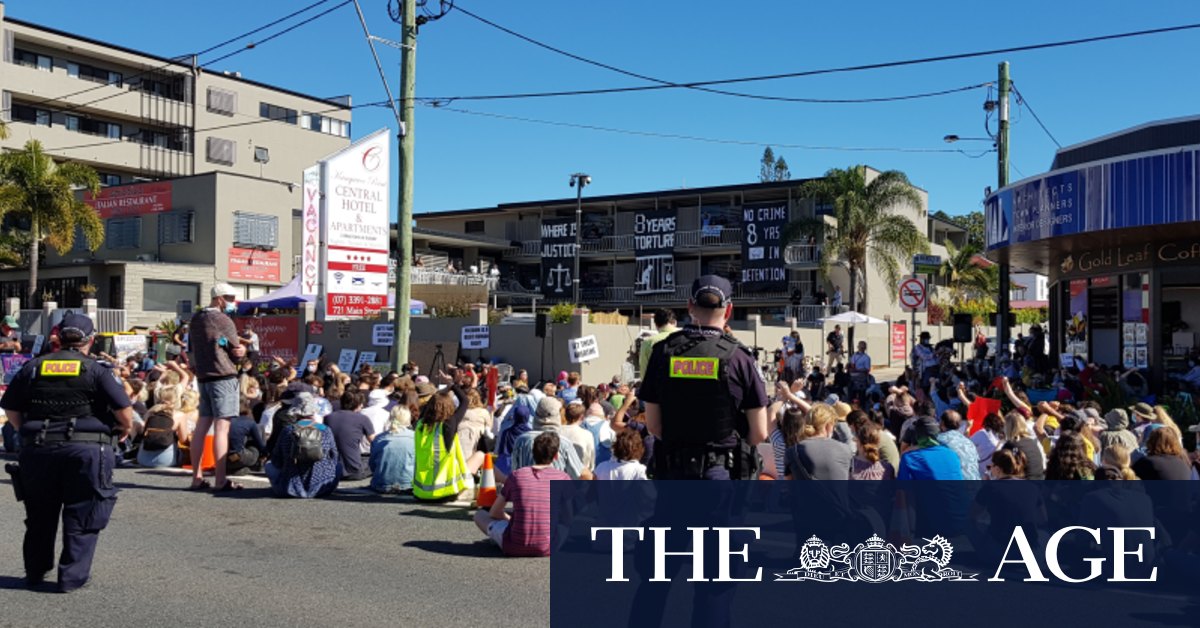 Judge Dalton on Thursday required the protest organisers to post on social media and inform interested parties that the protest would not go ahead.

Several organisers and Greens councillor Jonathan Sri – who denied he was an organiser despite being part of other protests – were barred from attending the protest.

On Friday morning, the refugee action group posted on Facebook, to about 3500 people who had expressed interest in attending, that a protest would be held at Raymond Park in Kangaroo Point.

“We will be voicing our anger at the indefinite detention of 120 of our friends and neighbours, and the efforts from the state to silence opposition to this injustice,” the post said.

“We’ve faced the full force of a state trying desperately to silence dissent – some protesters have been raided during the middle of the night, others haven’t been home since last week, and the Attorney-General has used the court to get injunctions against several people forbidding them from going tomorrow.

“The state has become obsessed with stopping this protest from going ahead.”

Advocates said they expected any attempt to blockade Story Bridge would be met with a strong police presence and they no longer believed it would be possible to stay on the bridge.

“We’re not going to block the Story Bridge, but we are going to march in solidarity with our mates inside, who can’t even go for a walk,” the post says.

Queensland police Deputy Commissioner Steve Gollschewski said on Thursday police did not believe it was the appropriate time for mass gatherings and demonstrations.