Breaking News
Home / Victoria News / 110 Victorians died this week. Only a few were there to say goodbye

110 Victorians died this week. Only a few were there to say goodbye

admin August 14, 2020 Victoria News Comments Off on 110 Victorians died this week. Only a few were there to say goodbye 20 Views 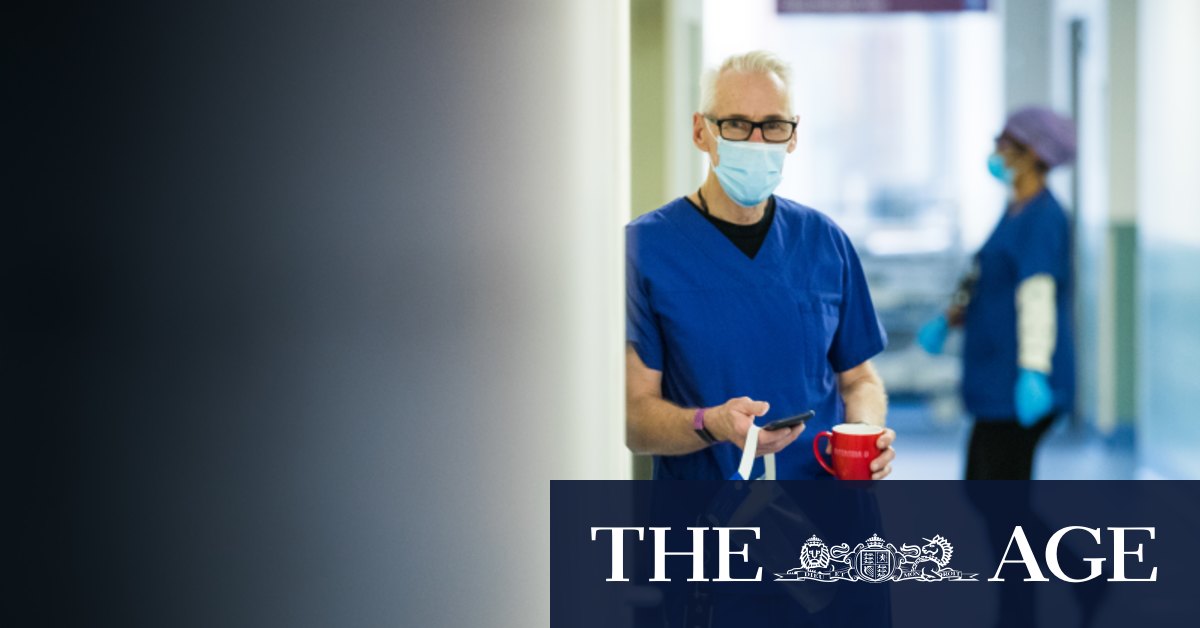 Families are not allowed to visit until it is clear the person is going to die, and then agonising decisions are made over which two people should witness their loved one’s final living moments.

“It’s not a matter of having 10 people at the bedside any more, unfortunately,” said Jessica Thomas, the associate nurse unit manager at Casey Hospital’s intensive care unit.

“If it’s a younger person, it might be the mum and dad only.”

Twenty-one deaths were announced on Wednesday, an unwelcome record in the most-deadly week for the pandemic.

The 14 deaths announced on Friday included a man in his 20s, Australia’s youngest coronavirus victim. There were 372 new cases.

Dr John Mulder, the deputy head of intensive care at Western Health, said the challenges posed by COVID-19 were unprecedented in his career.

“Even the swine flu pandemic was nothing like this,” he said. “Families could still come in each day.”

Dr Mulder said intensive care staff usually had very close relationships with the families of their patients, who they’d see every day, but that had been made harder when they could only speak to them on the phone.

“Ringing them and saying, ‘look I’m so sorry that you can’t come in, and this is what’s happening’, and if it’s bad news, it’s even harder.”

Every attempt is made to keep families connected via video calls, but Dr Mulder said if people were dying, they were allowed just four visitors and only two could come in at a time.

They needed to be dressed in full protective gear, and couldn’t touch the patient.

Formal debriefs are routinely conducted when someone dies but Dr Mulder said the informal coping mechanisms of casual chats between staff was also made harder because even in the tea room, doctors and nurses wore masks and visors, and kept apart.

Ms Thomas said as much as she would like to give families a big hug, she couldn’t at the moment.

“They are upset and crying. They might be fogging up their face shields and their hands are getting sweaty from the gloves,” she said.

Almost 60 per cent of Victoria’s coronavirus deaths have been people living in aged care. Dr Sachin Patel said one of the frustrations of GPs was that they hadn’t been able to fulfil the advanced care plans of their patients.

“When they get shipped to hospital and have a lonely death, I think that’s something the doctors really struggle with,” Dr Patel said.

Administration staff at his practice, Aged Care GP, have also been fielding many more calls than usual for death certificates.

Monash University Professor Jane Fisher, who is investigating the impact of COVID-19 restrictions on people, said those who had lost loved ones were likely to be experiencing traumatic bereavement, because of the powerlessness they would have felt to help.

Professor Fisher said although the general public was no doubt moved by hearing accounts of tragedy, people not directly affected by the deaths were more likely to be feeling a sense of personal loss.

“Many people have lost fairly significant life events they can’t get back,” she said. “People who had hoped to marry… or people who had given birth at this time and imagined the family welcoming the baby.”