Experimental pub concept aims for a bullseye in Perth 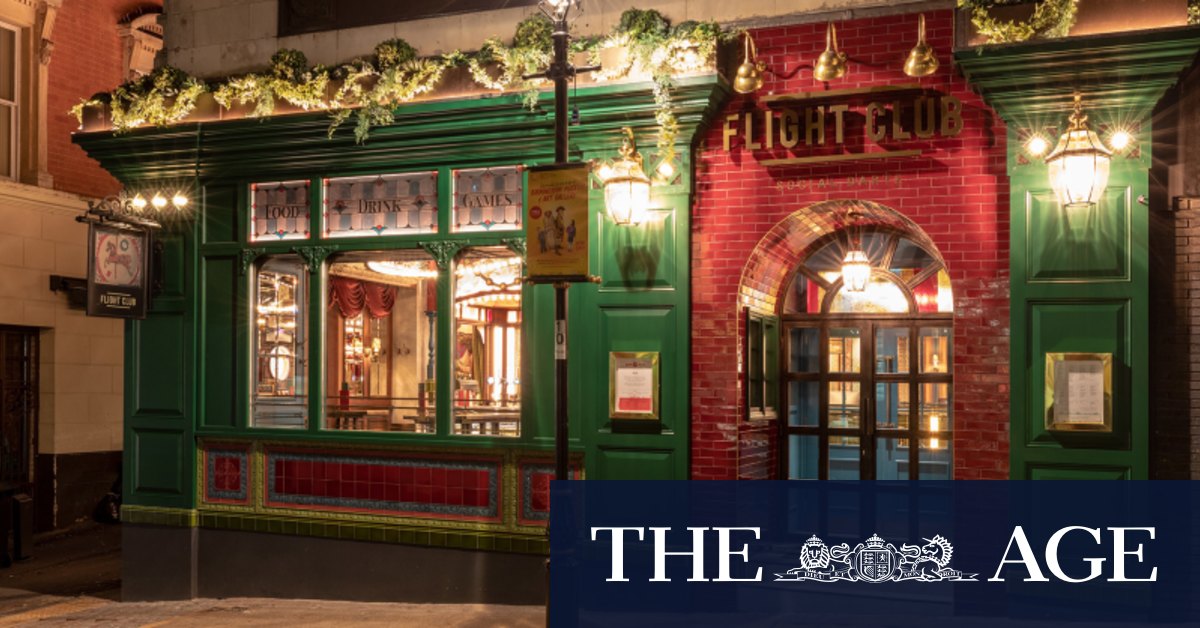 Applicant Capitol Corp owns six venues across Perth including The Breakwater and The Newport and plans to open the social darts phenomenon next to two of their other venues, Capitol Club and The Edison in the CBD.

The Perth iteration of Flight Club would look like an old-style English pub from the outside and combine British warmth with the heritage of darts and thrills of the fairground: think lights that dance in time to music, fairground horses and stained-glass windows at the old Mainpeak two-storey retail store at 383 Murray Street.

The applicants took their first plunge into activity bars when they redeveloped tired Scarborough beachfront venue The Lookout with Miami-style decor and open-air bowling lanes.

They secured an agreement to become the first Flight Club in Australia from UK co-founders Steve Moore and Paul Barham, who developed the first iteration in Birmingham after watching a young crowd go crazy over a game of darts in the corner of their local pub in 2012.

“This wasn’t like traditional darts, it was loud, fast and exciting,” the pair recalled.

The centrepiece of Flight Club are the Oches (rhymes with hockey): the word that describes the dart playing areas for each group of patrons, with about 25 separate booth-style areas planned for Perth.

Each ‘Oche’ will seat up to 15 guests, with 12 able to play at any one time. Owners expect these playing areas to be booked for 90 minutes, the typical time it takes for social darts with a group.

The original proprietors in the UK designed a state-of-the-art darts vision system that tracks each throw to allocate scores and records a player’s throw of their dart, with other fast-paced, multi-player games available.

If dart-throwing is not your thing, there’s plenty of room to kick back in one of the multiple bar areas planned, with WA produce cooked fresh and designed to share also on the menu, as are local beverages, cocktails and non-alcoholic offerings.

The venue is expected to open soon for lunch, brunch and dinner in a family-friendly environment and continues the growing trend of licensed entertainment venues of late in Perth, such as Holey Moley Mini-golf in Northbridge and Carousel, Palace Arcade, Maniax and Varsity sports bars.