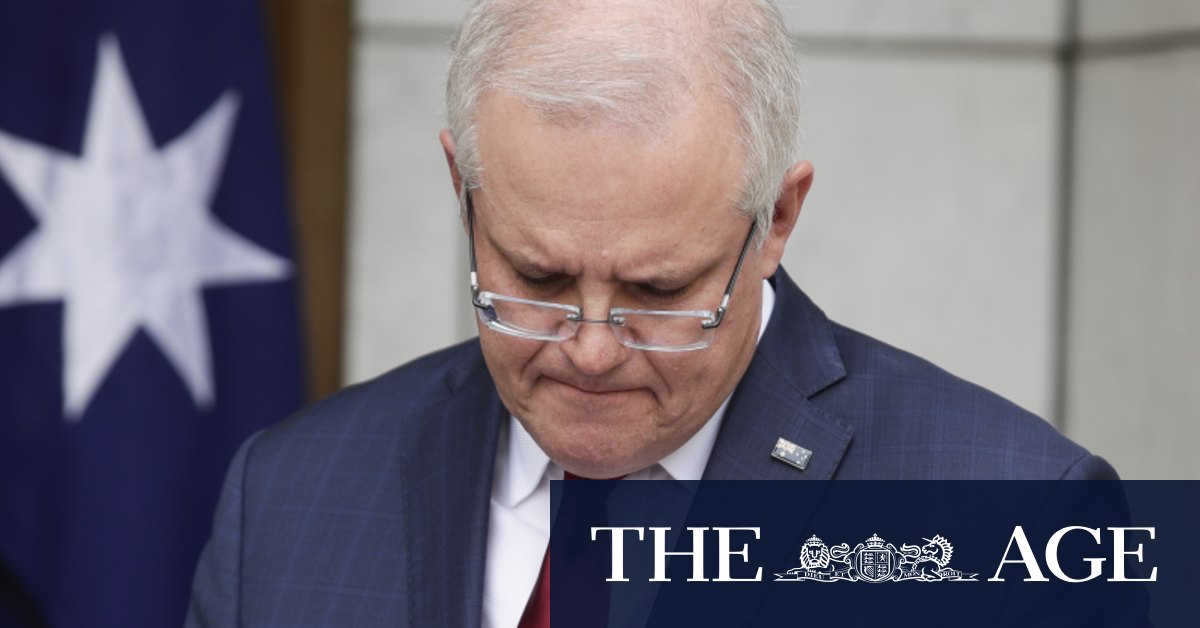 “The sad truth is, some days, we fall short. And other days, we don’t. On some days, the pandemic gets the better of us and on other days it doesn’t,” he said. “On the days that the system falls short, on the days that expectations are not met, I’m deeply sorry about that.”

The Defence Force and a private contractor had also screened 71 facilities with no virus outbreaks to make sure their procedures were up to scratch.

Nurses from Townsville and Western Australia arrived in Victoria this week to boost the aged care workforce and other allied health staff were being trained as safety officers for aged care homes. The aged care regulator was making surprise spot checks of PPE usage and infection control, and Defence personnel would go into nursing homes from next week to show staff how to use PPE properly.

“Where there have been failings, where things are fallen short, I can assure you it wasn’t as a result of complacency,” Mr Morrison said.

“Some days, we wish better than has occurred. But I tell you what we do the next day – where there are lessons, where there are things to be acknowledged, you do that, and you set about the task the next morning and you get about what you need to do over the course of that next 24 hours.”

Leading aged care expert Joe Ibrahim urged the government in April to send defence personnel or other federal staff into aged care homes to make sure they were prepared.

And Mr Rozen told the royal commission the lessons from the outbreaks in NSW aged care homes earlier in the pandemic had not been properly conveyed to the rest of the sector.

Acting chief medical officer Paul Kelly on Friday said a national body would be “well away from the action”.

“Where are the aged-care outbreaks? They are in Melbourne and so we have put together a team along the similar lines as I understand have been called for,” he said, although he conceded he had not seen the detail of the royal commission’s proposal.

Health Department secretary Brendan Murphy told a Senate committee earlier on Friday the government wasn’t setting up a national body because there weren’t outbreaks elsewhere in the country.

But Opposition Leader Anthony Albanese urged the government to set up a genuinely national body to get ahead of potential outbreaks in other states, saying what was in place didn’t mirror the royal commission’s recommendation.

“Where was the problem before, two months ago, three months ago? It was in NSW. That is the point,” he said. “What we actually need across a range of issues is pre-emptive action. What we need is structures put in place that minimise damage not that deal with the damage.”