Our straight man in Trumpistan: Nick Greiner on Trump, populism and stoushing Liberals 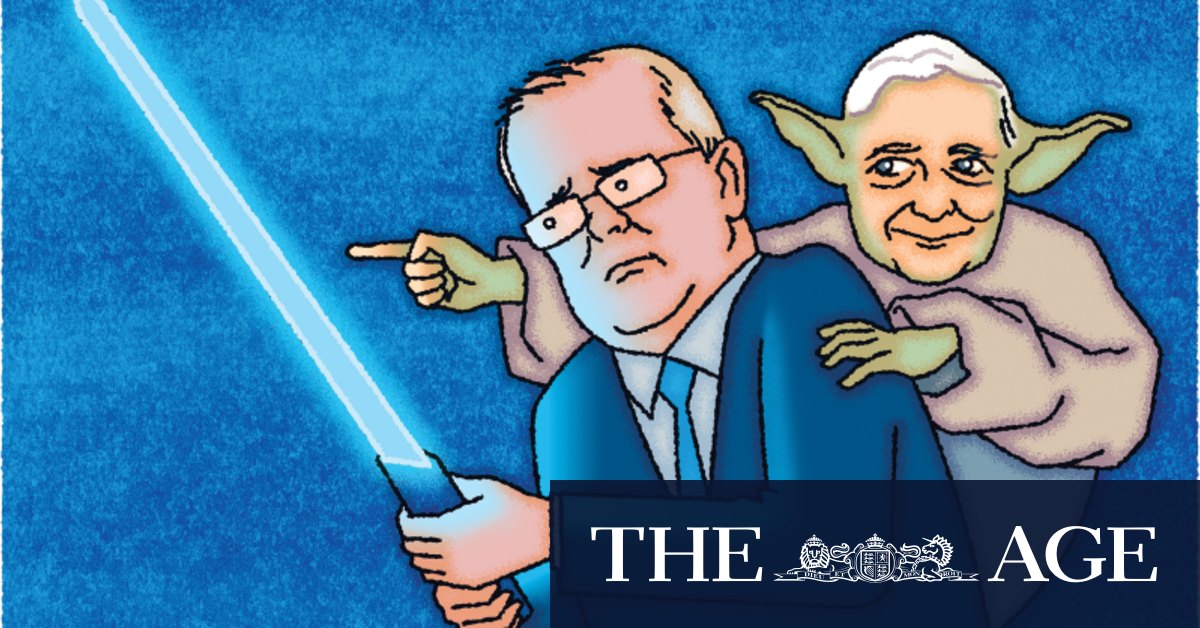 “I mean, look, this is a process going on in Turkey. Look at the Philippines. Look at Brazil. The authoritarian impulse and the desire to overthrow some of the rules that have run liberal democracy up until now is something you can see playing itself out in a lot of places.”

So is Greiner going off to represent Australia in a country lost to authoritarianism? While he doesn’t dispute Applebaum’s narrative, he sees a different outcome. He doesn’t think authoritarianism is an enduring trend: “I don’t think democracy is going to disappear and be replaced by authoritarianism of either the left or the right. I suspect it’s a bit of a cycle.”

What’s going to turn the cycle? Does Greiner think Donald Trump’s performance in the pandemic – 170,000 dead Americans and counting – is discrediting right-wing populism? “I think so. I hope so. Naturally.”

This is pretty direct for a diplomat. Trump is still the President of Australia’s chief security ally. By the time he arrives in New York Greiner will know whether he was right, in America’s case at least. The US election is due on November 3 and Greiner is due to move into the consul’s elegant art deco Beekman Place apartment in December.

Even as a politician Greiner was a straight talker. He remains so. How many former political leaders have you heard uttering these two words? “I failed.” Greiner speaks the forbidden phrase on two separate matters.

He was the party statesman tasked with trying to reconcile Tony Abbott and Malcolm Turnbull. But trying to engineer a rapprochement between the two Liberal prime ministers was more forlorn a project than peace between Israel and the United Arab Emirates, or the IRA and the Brits.

The day after he was elected party president, Greiner declared that “disunity is death”. He tells me: “I talked to Tony and I talked to Malcolm, and I talked to others.” At this point Turnbull was prime minister. He’d vanquished Abbott. Who had, in opposition, defeated Turnbull.

“It’s fair to say that when you have two very strong-minded, intelligent individuals with pretty much a lifetime of enmity, there wasn’t much goodwill on either side to produce a compromise.

“I don’t pretend that I produced any new insights. I made the obvious point that it wasn’t helpful. And what I believed, though it’s perhaps trite to say it, that you can’t govern the country if you can’t govern yourselves,” the old Bob Hawke critique of the endless Howard-Peacock feud.

The discussions were civil, says Greiner: “They were both calm and reasoned. But despite my brilliance, I failed. I didn’t manage it.” Both men declined a diplomatic settlement, Abbott turned down Turnbull’s intimations of a diplomatic posting, and the rest, as they say, is history.

Eventually Abbott’s chance arrived and he helped instigate the final uprising against Turnbull before the voters of Warringah, in turn, rose up against Abbott.

“On the evidence,” says Greiner with a hangdog expression , “it had gone too far.”

Has the Liberal Party finally graduated beyond the cycle of vengeance? Has it overcome the mad pan-political self-indulgence that spun the revolving door on the prime ministership?

“These things tend to reflect the quality of government, performance and leadership. It was almost an accident that, after 10 years of people changing prime ministers at the drop of a hat, Scott Morrison came out of nowhere. There was a little bit of him doing this or that but broadly the manner of his arrival to the position was a blessing.”

Morrison applied Deng Xiaoping’s strategic maxim that guided China until 2012 – “hide your brightness, bide your time”. Until Peter Dutton challenged Turnbull for the leadership. Morrison abruptly adopted Xi Jinping’s dictum – “strive to achieve”. He came through the middle and snatched the prize.

“The question for Morrison is whether he can manage successfully from the centre? You do need to do that to be successful in Australia. I think Scott has fitted naturally and easily into the centre. The great thing is, he’s been authentic. He did invite the media into the church” to film him during worship at Hillsong.

“It’s not Donald Trump walking across and holding up a Bible when he’s clearly not a religious person,” Greiner says, referring to the President’s notorious photo op when he cleared Black Lives Matters protesters from Lafayette Park in June so he could pose in front of St John’s Church. “His church, his rugby league, Morrison hasn’t pretended to be something he’s not.”

Not that Morrison is destined to remain long beyond the pandemic. Even with his current sky-high approval ratings. “You can’t take the next election for granted,” says Greiner. “I think Morrison is entitled to favourite status based on his performance, and Labor is on both sides of the barbed wire fence – you’ve got to stop the Greens at one end and hold the people of Western Sydney on the other.

“But there’s a bit of history – and Churchill is only the most obvious example. You saved your people, and the voters say, ‘Thank you very much, now it’s time for a change.’ Churchill saved Britain in World War II and they voted him out at the first opportunity.”

Greiner says Morrison cannot be complacent: “And I know you won’t get a different view from Scott on this.”

Already the induced unity of the pandemic’s first wave is a thing of the past. Victorian Premier Daniel Andrews and the Morrison government are feuding openly over responsibility for the deadly bungling of Melbourne’s hotel quarantine. And Labor’s Anthony Albanese has set aside bipartisanship to challenge the Morrison government’s complacency over the aged care system.

Kumbaya is over; contestability is back.

OK, but which reforms would he suggest? Greiner says the economy is the inevitable starting point, and, within that, tax reform is the irreducible minimum. The GST needs to go up so that income taxes can come down. And people who will lose in the change should be overcompensated if necessary to bring them along. “You start by looking out to what’s best for the economy in 10 years and work back from that.”

He endorses workplace reform and the whole suite of productivity-improving measures proposed by the Productivity Commission. The NBN is inadequate and needs to be fixed, too, says Greiner: “It’s essential to our national competitiveness.” He doesn’t have a specific fix in mind, just the need for one.

As NSW premier from 1988 to 1992, Greiner took the portfolio of Aboriginal Affairs for himself. He was anxious to improve Indigenous wellbeing. This is where he makes his second open admission of failure. He cheers on all possible efforts to “close the gap” between black and white longevity and living standards.

Surprisingly, perhaps, Greiner supports the need for a national anti-corruption commission. He created Australia’s first one, the Independent Commission Against Corruption. It ended his premiership by making a finding against him, a finding later overturned by the Supreme Court. Too late.

Australia lacks a national ICAC. Greiner’s experience in NSW is often used within the Liberal Party as an argument against one. He disagrees strongly: “The answer to unintended consequences is to fix the design of the institution, not to deny its intrinsic value.”

All the states have one; now it’s time for the Commonwealth. The main parties agree in principle but have not managed to agree in specific.

Greiner didn’t get a second chance at the premiership but the cancer survivor, at 73, sets off to New York for a second career as a diplomat. The pandemic gives Australia a chance at a rejuvenation, if Morrison will grasp it. Even democracy itself, according to Nick Greiner, will find a dawn beyond the twilight.