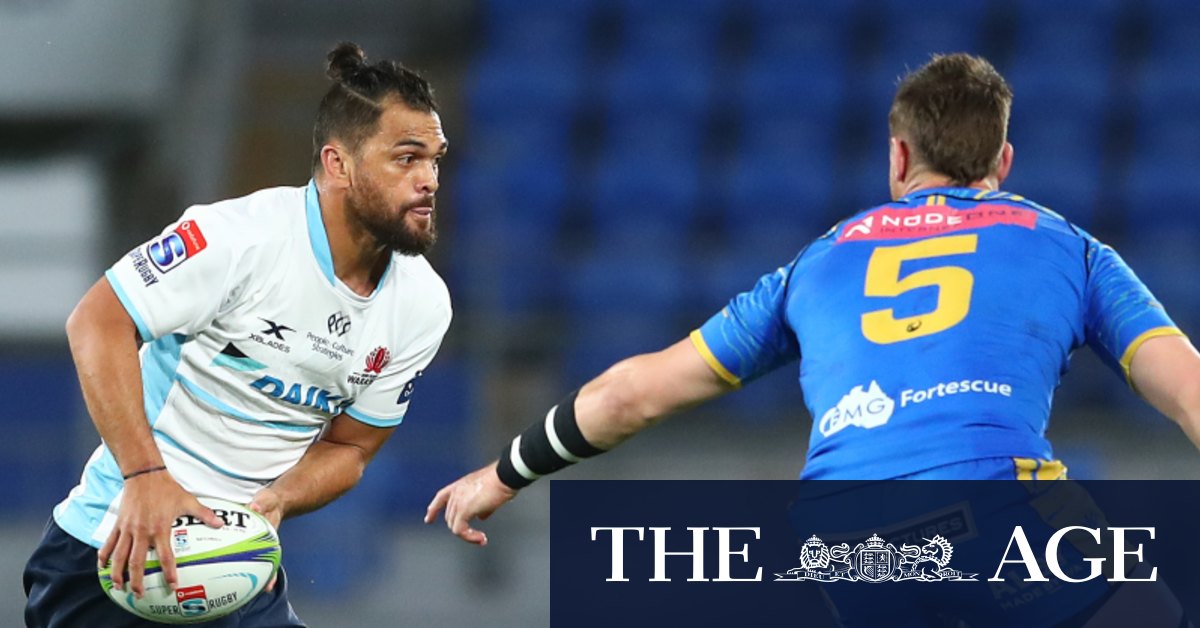 “That’s huge for us,” Waratahs captain Rob Simmons said. “We knew we were going to encounter a physical battle there. The first 20 minutes was a real slog and then it opened up.”

Dave Rennie was in the stands at Cbus Super Stadium, with television cameras panning across to show the new Wallabies coach and his assistant coach Matt Taylor chewing the fat.

The Kiwi is keeping his cards very close to his chest regarding selection, yet will be enthused by the rise in performance from a number of the Waratahs’ bigger names who, until this time last week, had been stuck in second gear.

Rennie’s first Wallabies squad will be nothing short of fascinating. Dozens of players will think they’re in with a chance and particularly since it sounds as if Rennie has given close to the entire competition a phone call – or at least a sneaky WhatsApp message – to say he’s watching.

On form, Michael Hooper, Rob Simmons, Jake Gordon, Will Harrison and Jack Maddocks should be there at a minimum, and all were slick on Friday evening.

The latter sprinted 55 metres after intercepting a lazy Jono Lance pass and nearly had a second five-pointer but it was overturned due to an obstruction.

Maddocks’ strength is seeing space and his speed, both of which can be utilised when those close by know when to give him the ball.

Dry conditions suited and both sides showed an eagerness to spread the ball wide, but it was the Waratahs who led 16-8 at the break courtesy of Harrison’s accurate boot and another fine try from Alex Newsome in the right corner.

There was a nice moment late in the match only front-rowers would understand when the Waratahs, camped on their own line, won an important scrum penalty.

Prop Tom Robertson was so ecstatic he looked out of breath and left the field minutes later knowing he’d put in a solid shift. It prompted a grin from Hooper, who had every reason to celebrate in his 150th Super Rugby outing.

Harrison controlled the tempo nicely, while Karmichael Hunt reminded NSW of his value with another polished performance as the Waratahs hung tough in defence, making 95 per cent of their tackles.

Harrison was an everywhere man. His desperate diving effort while running back to keep a ball in-field was overshadowed shortly after when Brynard Stander swooped on a Richard Kahui grubber to open the Force’s account in the 15th minute.

It’s also worth noting Harrison’s pinpoint goal-kicking and whether that string to his bow will come into consideration when Wallabies squads are named in coming weeks.

Going into the match, the 21-year-old had nailed 24 of 26 kicks at goal this year and slotted another five from five in this clash.

A 94 per cent success rate won’t go unnoticed by Rennie, particularly given the Wallabies’ kicking has not been a strong suit in recent years.

NSW have two remaining fixtures – against the Brumbies and Rebels – and will likely need a win in either of those to remain in the top three and play finals.

Coach Rob Penney handed beers around in the sheds afterwards and will be proud of how the group is building after plenty of early season criticism.

The challenge now is making it three from three.