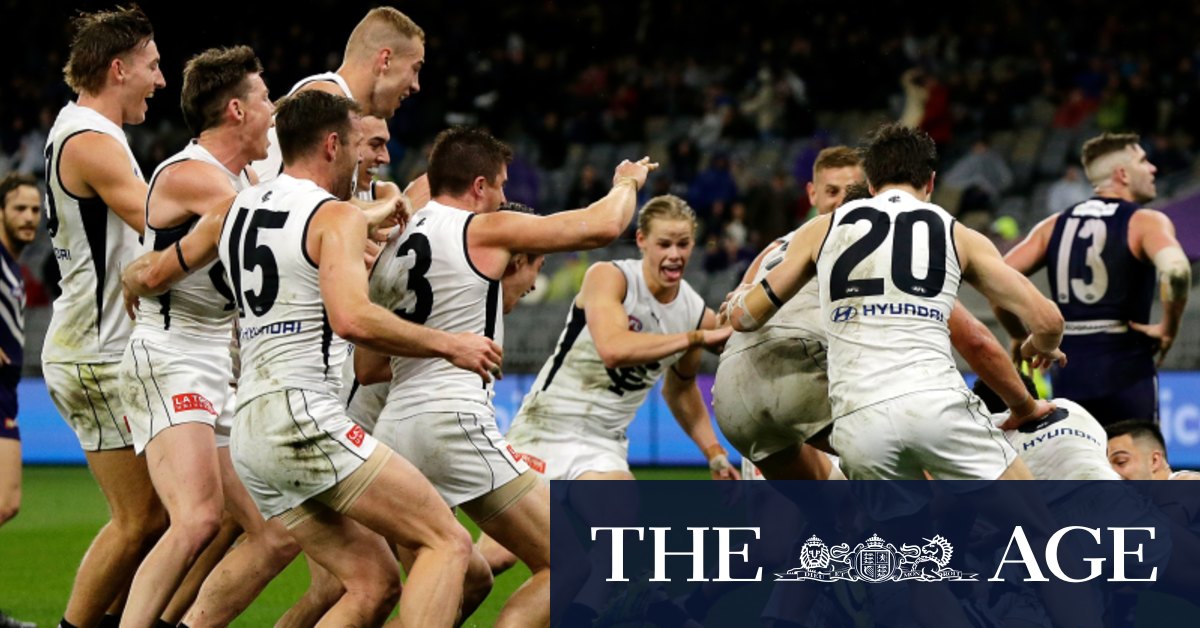 Teague said: “Yeah, look, the umpires adjudicate. I’m staying out of the umpiring comments after last week. The umpires did what they did. Look, I’m not sure. I wasn’t even sure what the free kick was paid for.

“It [the win] was great. The boys tried really hard. We had opportunities earlier and we couldn’t finish our work.

“In the end, to kick it like that, a little bit lucky in a sense, but I thought we had some opportunities earlier. We started to win the contest. Yeah, we just didn’t finish our work earlier in the game.”

The Carlton coach also said he was happy for the ball to be in Newnes’ hands but also would not have minded if Michael Gibbons had the shot, as some have suggested should have been the case given he was closest to where Docherty’s kick went.

“He [Newnes] is a straight kick,” Teague said. “Which is good when it is wet and slippery. Having said that, there is nothing you can do. I sat there and enjoyed it. Either way, yeah, it’s funny, that kick changes four points for our football club and we came here expecting to win.

“Had we missed that, probably would have been a draw. We would have been disappointed but, again, our effort’s good. We’ve got to improve on a lot of things. Teams are scoring a little bit too easy against us. We didn’t finish our plays, we were out a few times, mis-shots on goal, mis-connections up the field. I thought again our effort was strong but a lot to work on, get better at.

Longmuir would not say if Fremantle deserved to win the game.

“That’s a tough question,” he said. “I’m really proud of our effort. The players are flat but we’ll get around them and there are things we could have done to avoid that situation.

“Footy throws these things at you and asks a lot of thigns of young players. You have to ride the bumps and take the ups and downs.

“We created opportunities but lacked composure at crucial times. Is that a five-day break or a lapse in momentum, which we’ve experienced this year.”