Will NZ win the Bledisloe Cup for economic recovery? 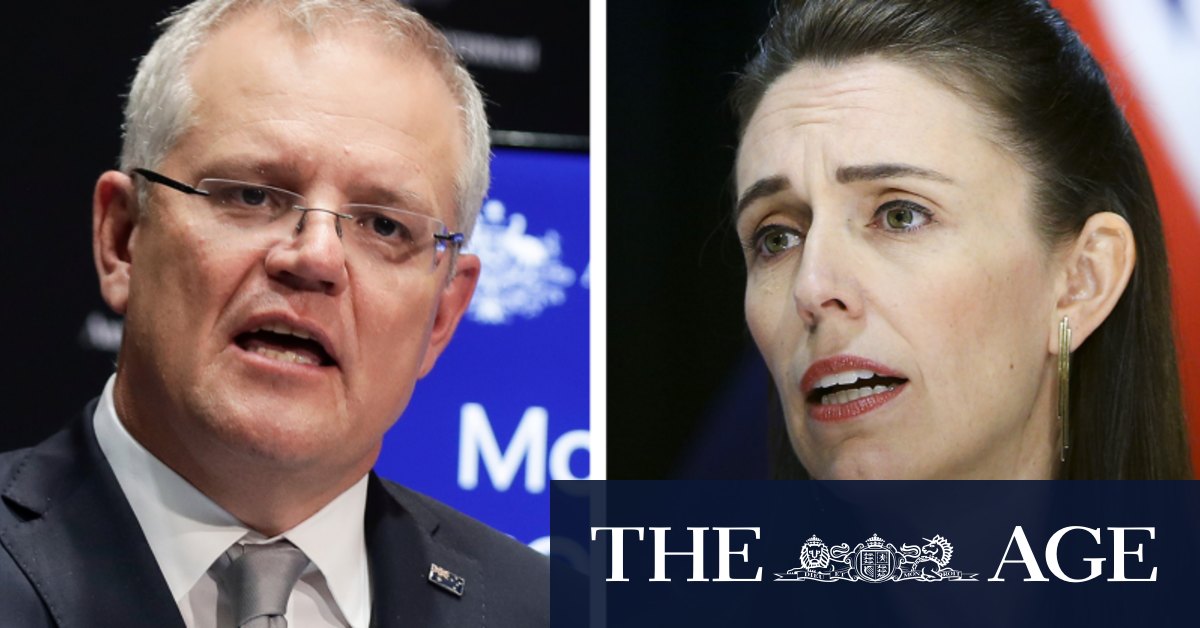 The forecasts are much worse than those released this week by the Reserve Bank of New Zealand. It is expecting unemployment to peak at 8 per cent early next year, after the end of the Ardern government’s wage subsidy program, and for the economy to be effectively back where it was before coronavirus by mid-2021 at the latest. Unemployment is at 4.2 per cent.

The RBNZ forecasts pre-date Tuesday’s lockdown of Auckland, which was put in place after four people contracted COVID-19 from an untraced source. The rest of NZ has level two restrictions.

Kiwibank chief economist Jarrod Kerr said it appeared NZ had come out of its original stage four lockdown in a much stronger position than its trans-Tasman neighbour. While NZ initially suffered a huge fall in economic activity, it had bounced back relatively quickly with people still spending strongly.

“Before Tuesday, you had to say that New Zealand was coming out of this much better than Australia,” he said. “There was a real sugar hit once the lockdown finished and it hasn’t really stopped.”

Last month, and before the imposition of lockdowns across Victoria, Prime Minister Scott Morrison said NZ had taken a much larger economic hit than Australia.

“I mean our economy has not fallen as much [as] in places like New Zealand, for example, who had a much heavier lockdown and have paid a much heavier economic price for that,” he said. “We’ve been steering a more middle course on this and that’s been benefiting our economy.”

Both countries have yet to report their June-quarter national accounts. They are expected to show the NZ economy contracting by 14 per cent, compared to 7 per cent in Australia.

The RBA this month noted NZ was the first advanced economy to outline fiscal measures to support its coronavirus recession recovery “after its strict containment measures brought infection levels down to negligible levels relatively quickly”. It has created a $NZ50 billion ($46 billion) “response and recovery fund” of which $NZ20 billion, or 6.5 per cent of NZ GDP, has been set aside for the recovery phase. A similar amount in Australian terms would be $123 billion.

According to the RBA, NZ ranks second only to Canada among 14 developed nations for the size of its fiscal response to the coronavirus while Australia is 10th.

Extra spending is expected to be announced in the October federal budget, with the Morrison government likely to pull forward personal income tax cuts and offer businesses an expanded investment allowance scheme.

While the RBA does not forecast budget deficits, the RBNZ expects the Ardern government’s deficit to reach 9 per cent of GDP in 2021-22. The Morrison government’s July fiscal update forecast a deficit of 9.7 per cent for the 2020-21 financial year.

Previous How a school in Australia’s closest neighbour became a diplomatic weapon for China
Next ‘Racism is its own virus’: Stan Grant hails Brent Naden’s courage in standing up to abuse