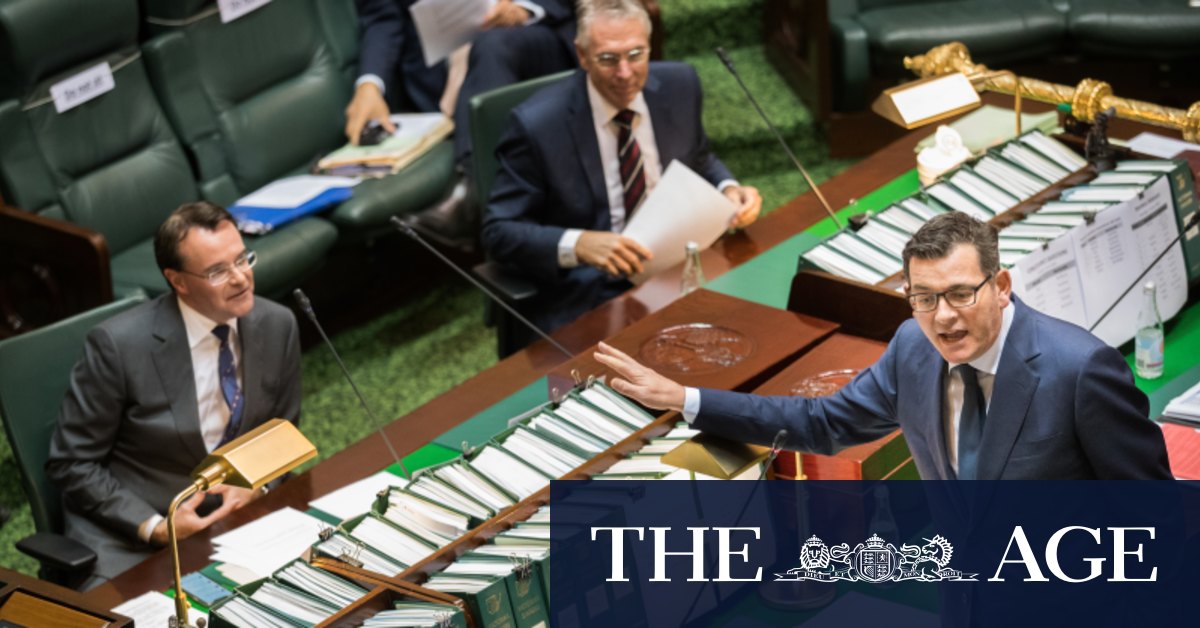 In his response to the opposition, Auditor-General Andrew Greaves said his office would investigate the Victorian government’s coronavirus borrowing plans this financial year.

“Following a risk assessment, a review of past audit topics undertaken, areas of broader parliamentary interest and consideration of the value of different programs and investments, my office has included management of spending measures in response to the COVID-19 emergency in our current annual plan,” Mr Greaves wrote.

“Please note that we may not necessarily examine the specific issue you raised because our audits are designed primarily to consider, analyse and report on systemic issues. Nonetheless, your submission will be examined in planning for this audit.”

The independent Parliamentary Budget Office has tallied up the state’s spending in response to the coronavirus pandemic, and found the largest proportion – $2.2 billion – has been spent on “economic affairs” to help businesses survive the lockdown, such as hardship payments and rent relief for commercial tenants.

This is closely followed by the $2.1 billion spent on health and $2.05 billion on education.

Another $1.5 billion has been spent on taxation measures, including the deferral of payroll tax, $690 million has gone to transport, $580 million on housing, and $333 million on “social protection” (such as funding for homelessness and domestic violence services).

Mr O’Brien said he was pleased the Auditor-General agreed to scrutinise the government’s budget management during the COVID-19 crisis.

“Money is needed in a crisis but it must be used in the right way,” Mr O’Brien said.

“It’s crucial that Victorian taxpayers‘ money is being used in the right way, to help those doing it tough during this hotel quarantine second wave, not back filling budget blowouts on existing infrastructure projects or funding large wage deals for the bureaucracy.”

The Opposition Leader also asked the Premier’s office to set aside $5 million for Mr Greaves’ office to undertake the inquiry, but it is unclear whether the government will heed the request.

A government spokeswoman said: “We’ve been clear that this is about making sure we are able to protect Victorians and help communities and businesses get to the other side of this crisis.

“All expenditure will be fully accounted for as part of our requirements under the Financial Management Act.”

In June Mr O’Brien wrote to the Auditor-General expressing “deep concerns” about the concentration of financial and executive power in the hands of the crisis council of cabinet – made up of eight ministers, including Premier Daniel Andrews.

While the Opposition Leader acknowledged the need for additional resources and powers during the coronavirus pandemic, he said his concerns were magnified when the Andrews government blocked an opposition and crossbench move to establish a non-government majority parliamentary committee to scrutinise Victoria’s response to the pandemic.

“The passage of the unprecedented COVID-19 related legislation gives the Attorney-General enormous scope to alter the operation of the Victorian justice system and the Treasurer almost unfettered capacity to spend $24.5 billion in new borrowings,” Mr O’Brien wrote.

“The additional borrowings sought by the Andrews Labor government will take Victoria’s debt to unprecedented levels. Already, Standard and Poor’s has placed Victoria on a negative watch … following concerns about a severe deterioration on the the state’s fiscal position. This underlines the importance of appropriate scrutiny of the financial and operational decisions of the government.”

An earlier version of this article said the government drew down $9.7 billion on its debt facility. The correct figure is about $2.5 billion. The Victorian government has spent $9.7 billion in its response.