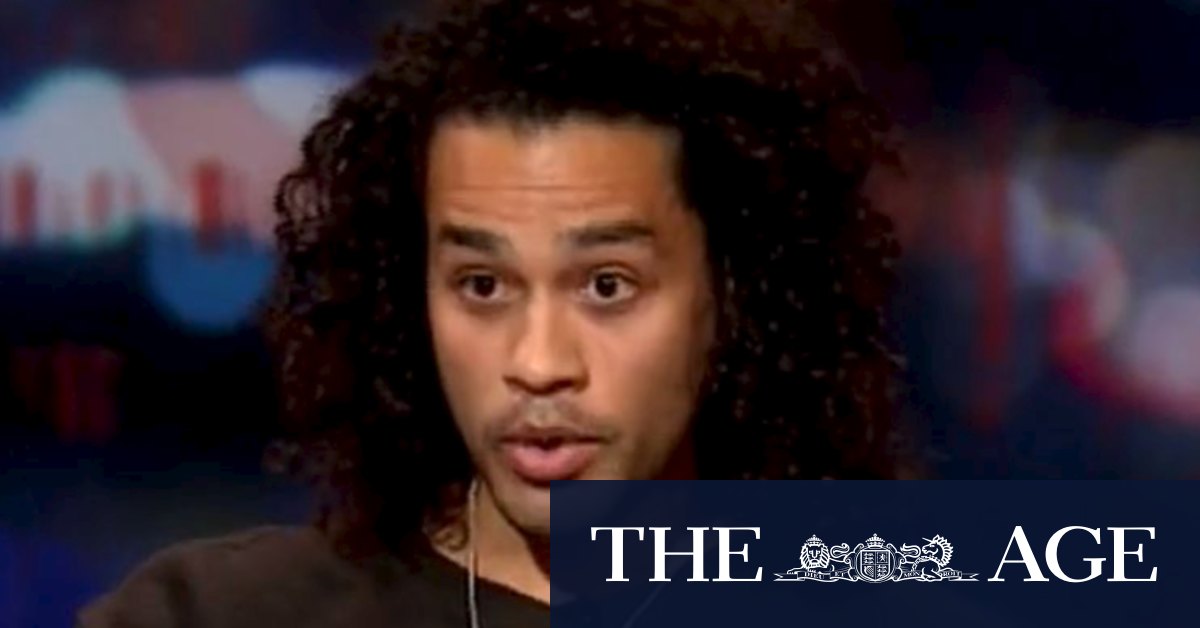 “So if we’ve done that, we can’t just pick parts of our history that we want to recognise and bury the others. If in World War II we fought against genocide, yet we don’t recognise the genocide in our own country, that’s a double standard.

“I was basically censored in the fact that the ABC said [performing April 25th] was not appropriate.”

Q+A host Hamish Macdonald pointed to the program’s decision to have Ramo on the show as evidence of its commitment to an open debate, which an ABC spokeswoman echoed on Tuesday.

“The ABC asked Ziggy Ramo to perform an alternative song to close Q+A on Monday night and instead invited him to present his points of view on all topics, including the sentiment and lyrics of the song April 25th and the reasons he wrote it, during the discussion,” the spokeswoman said.

Fellow panellist, former deputy prime minister Barnaby Joyce, who said he was shocked to be defending the ABC, agreed with the broadcaster’s decision not to allow Ramo to perform the song.

Mr Joyce said the song was insulting to Indigenous Anzacs.

“You have to be careful what you say,” he said.

Mr Joyce, long an unpredictable politician, also found himself in agreement with unexpected allies on the question of media diversity on a day when Media Diversity Australia, a pressure group, released a report showing non-Ango-Celtic journalists were under-represented on Australian TV.

Antoinette Lattouf, the organisation’s director, said a more diverse workforce would help the media represent a broader range of political views, pointing to electorates in Western Sydney, home to ethnic communities that recorded high “no” votes on the same-sex marriage postal survey. Mr Joyce and Lattouf also agreed on the problems of ill-informed and aggressive social media posts.

“I’ve been a reporter on the road for several years, never have I copped so much abuse from randoms just for being in the media,” Lattouf said.

She said she had heard calls of “fake news” and “defund the media” when she was not even reporting.

Mr Joyce said: “We have to try and give kids a course that Twitter is the ambit scratchings on the back of a lavatory wall.”

In the end Ramo closed the show with a performance of his song Stand for Something, which also deals with racial inequality. His emotional rendition passed without incident, aside from the panel’s applause.