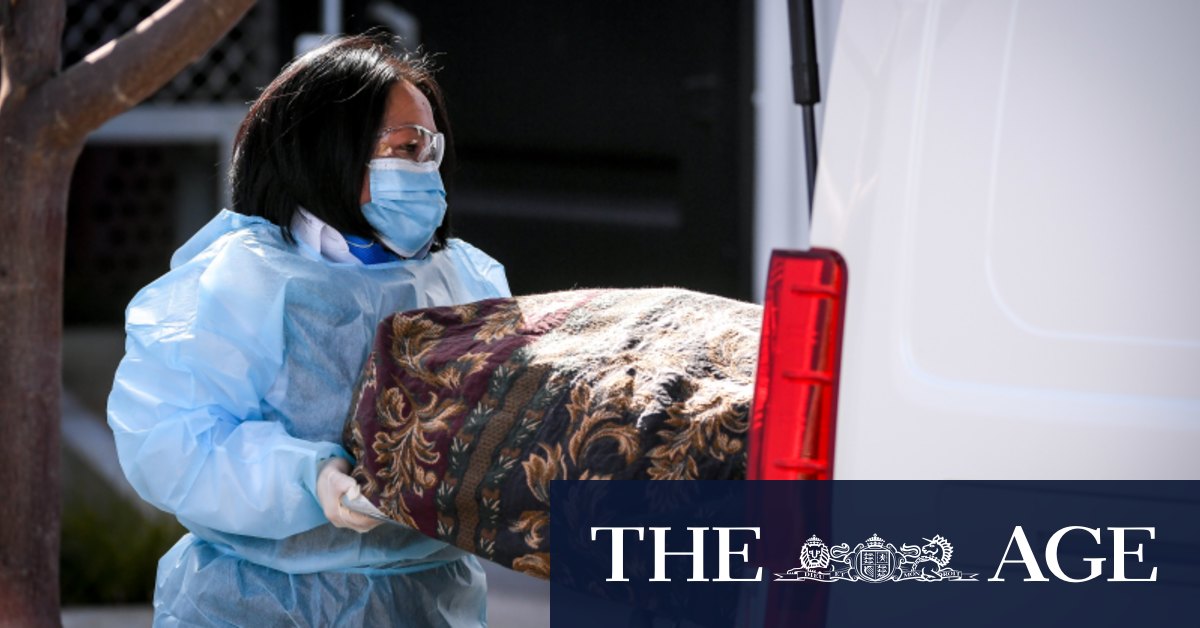 He said the improved case numbers offered a reason for Victorians to hope but the state still faced a long struggle against the virus.

“We just can’t allow any sense of complacency to creep in here,” Mr Andrews said. “This is an ultra-marathon and we just have to keep pushing forward each and every day.”

Almost 60 per cent of people who have died from COVID-19 in Victoria were nursing home residents. International research released last week identified a coronavirus fatality rate of almost 37 per cent among people older than 85 who become infected.

With 22 of Monday’s new fatalities linked to nursing homes, experts are warning of more difficult days ahead as thousands of patients who tested positive at the height of the second surge in early August – when Victoria was recording daily averages of 500 new COVID-19 cases – enter the most dangerous period of the illness.

Professor Mathews, meanwhile, said he was hopeful deaths could reduce to three to four a day by the time the latest lockdown is due to end in mid-September.

“I’m expecting to see the number of deaths go down in a day or so, or in a couple of days,” he said. “The lag time is two weeks, on average, from when you get the disease to when your maximum chance of dying is. So it should be going down soon.”

Globally, the case-fatality rate from coronavirus is 3.58 per cent, according to Johns Hopkins University data. But the number varies wildly from country to country, with some nations picking up a limited proportion of their cases, probably the most sick patients, leading to overblown death rates.

“It just shows how many cases they miss,” said Professor Collignon, who added there was a chance Victoria had also been missing some milder cases, helping to drive up the rate of deaths.

“There’s a bit of a bias when you’re a bit over-run and you may not pick up a lot of the younger cases because they have milder disease and they still may not get tested.”

He said it was likely the true global case-fatality rate for coronavirus was about 1 per cent, although the disease becomes exponentially more dangerous as people age.

“A 60-year-old adult who gets infected faces a fatality risk more than 50 times higher than the annual fatality risk of driving an automobile,” the international paper, co-authored by Australian epidemiologist Gideon Meyerowitz-Katz, concluded.

Previous ‘She died because of her kindness’: A mother’s life sentence
Next Grow the cake: another Waterfront dispute not the way forward, says Corrigan