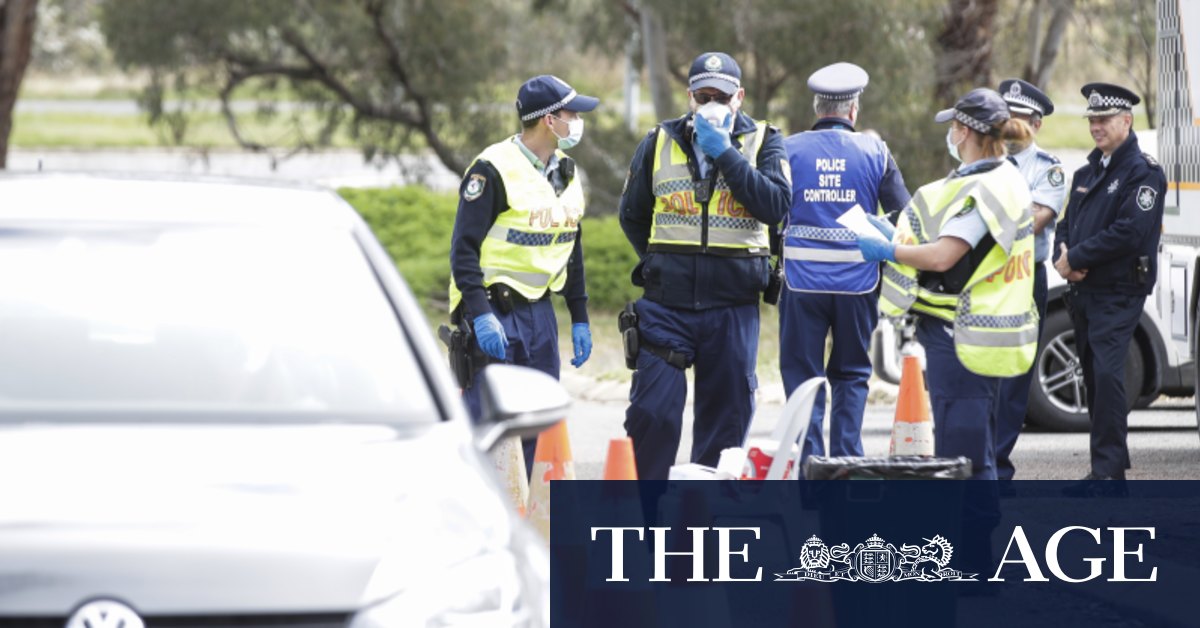 Deputy Prime Minister Michael McCormack told The Sydney Morning Herald and The Age that many regional communities had been “smashed” because of the hasty decisions of state governments.

“I appreciate premiers make decisions in some cases, at a moment’s notice, but the problems are taking a big toll,” he said.

“These communities need these things to be sorted out for their workers, for their health and for the survival of their local economies.”

State MPs from both sides of the NSW-Victoria border on Monday also presented their respective premiers with a “solution” to the ongoing closure crisis, six weeks after the border was closed.

The communities have been plagued with problems including farmers who can’t tend to their animals, construction companies with sites on one side of the border and workers on another, and senior health workers prevented from working.

There is also angst over medical staff shortages in northern NSW because doctors, nurses and other professionals living across the border in Queensland cannot enter without quarantining for 14 days.

The letter was jointly signed by five mayors and more than a dozen other community and business representatives from the wider Albury-Wodonga region.

“We are ideally placed – the largest regional centre between Sydney and Melbourne with no COVID cases but with the potential threat from both cities,” the letter said.

The pair has also asked for the stage three restrictions to be lifted in the region and the border-crossing permits for those living inside the bubble removed.

Federal Health Minister Greg Hunt said Mr Morrison had spoken with fellow leaders on the issue of travel for healthcare on Monday.

“There are a series of patients we’ve been able to assist with the services in South Australia thanks to the work of the South Australian Premier and Health Minister and the Chief Health Officer, and more that we’re working on,” Mr Hunt said.

He said the other group of people the federal government were concerned about was the agricultural workforce.

“We’re seeking flexibility from the individual states to make sure basically that people’s lives are protected, and that where there are any anomalies they’re addressed and addressed very quickly,” Mr Hunt said.

The Berejiklian government is in discussions for a new permit system for farmers and agricultural sector workers to make it easier to seek to move between states after it NSW imposed strict border controls a week ago.

It meant farmers and agricultural contractors were told they would have to fly to Sydney, before being allowed to travel to properties in the south and west of the state.

Independent federal MP for Indi Helen Haines said an anticipated decision from the NSW government to allow farmers to carry on business without self-isolation restrictions and enable farm employees to travel for work would bring “some common sense” into a “chaotic” permit system.

She said the issue had been “ignored” and left off the national cabinet agenda “again and again”.

“The situation our communities have faced could have been avoided if the national cabinet, chaired by the Prime Minister, had looked ahead and worked to devise an agreed protocol that requires consultation with border communities to understand what constitutes a border region,” she said.

Previous Time to be a leader not a laggard on climate change
Next ‘Cheap shot’: Tiger forward faces scrutiny for stomach punch