Free dose for every Aussie: Agreement to buy Oxford vaccine if it works

admin August 18, 2020 Federal Politics Comments Off on Free dose for every Aussie: Agreement to buy Oxford vaccine if it works 16 Views 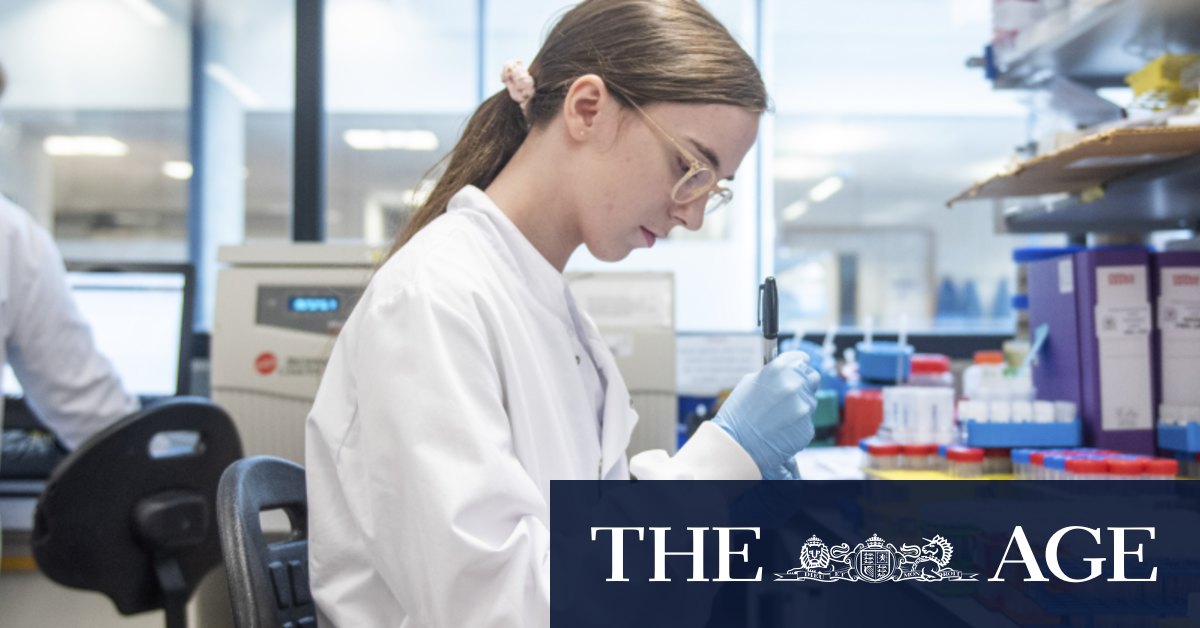 Mr Morrison said the Oxford trial was in a phase-three stage and warned more work was needed to prove its viability. He said if the vaccine proved successful, Australia would manufacture and supply vaccines “straight away under our own steam”.

“The Oxford vaccine is one of the most advanced and promising in the world, and under this deal, we have secured early access for every Australian,” he said.

“However, there is no guarantee that this, or any other, vaccine will be successful, which is why we are continuing discussions with many parties around the world while backing our own researchers at the same time to find a vaccine.”

The letter of intent signed with AstraZeneca to supply the University of Oxford’s COVID-19 vaccine candidate to Australia includes development, production and distribution. It commits to production of the vaccine in Australia subject to safety and effectiveness.

The final agreement will probably include Australia’s biggest health company, CSL, producing the vast majority of the vaccine under a licensing deal at its advanced manufacturing facility at Broadmeadows in Melbourne’s northern suburbs.

Senior government sources told The Age and The Sydney Morning Herald it was “too early” in the vaccine trial to discuss funding figures, but industry sources believe the AstraZeneca asking price would be about $8 a dose.

The project could deliver the first vaccines by the end of this year or by early 2021.

A final formal agreement with the company will include distribution, timing and price of the vaccine. The government is also in negotiations with a handful of other international companies to secure access to their candidate vaccines.

Federal Labor has this week criticised the government for being “late to the party” in clinching a deal, pointing to the fact the United States has signed six agreements, Britain has signed five and Japan has signed three.

Mr Morrison said the government was taking advice from Australia’s best medical and scientific expertise to ensure the government’s work to select, produce and purchase COVID-19 vaccines and treatments is based on “best available knowledge”. He said a deal to secure 100 million needles and syringes would ensure the vaccine could be delivered as soon as it’s produced and guard against international equipment shortages.

He said Australia was also committed to ensuring early access to the vaccine for regional neighbours and partners in the Pacific and in south-east Asia.

Health Minister Greg Hunt said Australian officials had been meeting with developers and manufacturers of a number of promising vaccine candidates, both domestic and international, over recent months.

“We are confident these actions and targeted investments will put us in the best possible position to secure early access to safe and effective vaccines for Australia.”

He said the country’s most experienced scientists, biotech and pharmaceutical experts have been brought together to provide advice on acquiring a portfolio of safe and effective COVID-19 vaccinations, with the science and industry technical advisory group meeting for the first time earlier this week.

The group will also provide advice on implementing Australia’s COVID-19 Vaccine and Treatment Strategy that drives the government’s work with the states and territories, research organisations, industry, regulators and other countries. They will decide which Australians get the vaccine first.

The Oxford vaccine, which went into human trials in April, produced a promising immune response that lasted for nearly two months in an early study involving more than 1000 healthy adults, researchers reported.

Previous ‘Teething issues’: Brisbane hotel’s apology to guests under quarantine
Next Sudan ‘astonished’ at spokesman’s remarks about ‘contacts’ with Israel