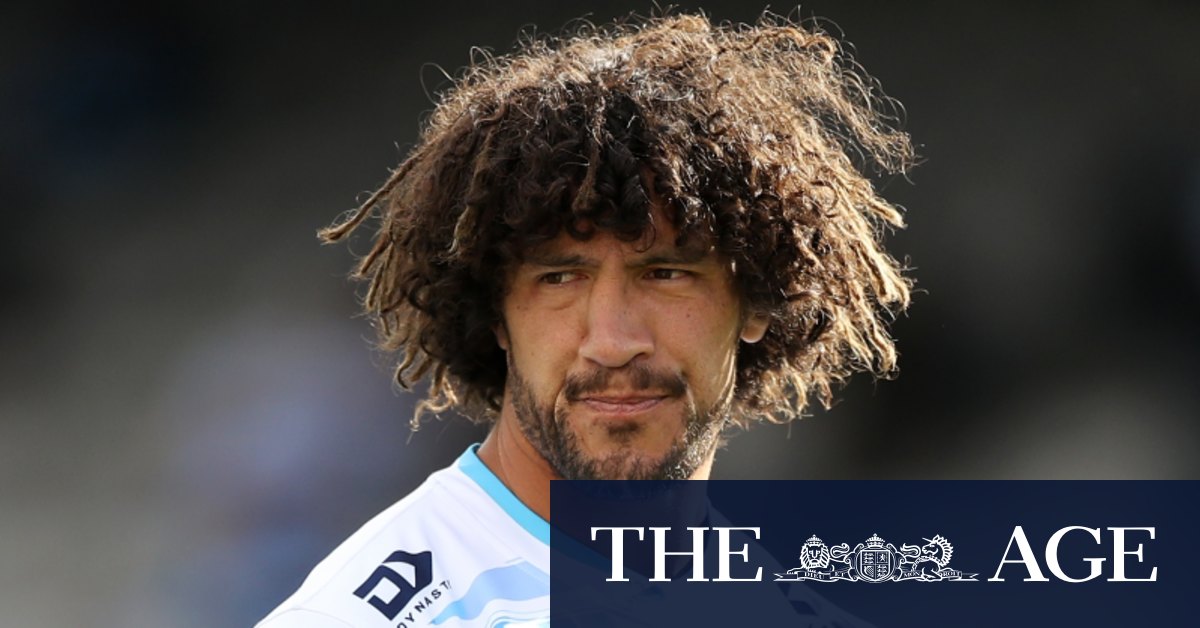 The decent ban, however, is a huge blow for Proctor, who is off contract and maintained he never bit Johnson during the Gold Coast-Cronulla clash. He will return for the final two rounds against Manly and Newcastle.

Proctor and Johnson could yet be fined by the NRL for making public comments before the hearing.

“Definitely not,” Proctor said when asked if he had bitten Johnson.

“I was opening my mouth to get some air – I opened my mouth and he got tighter with his grip.”

Johnson said he had never previously felt a bite, but believed Proctor had bitten him.

“There was no reference point to compare it to. I’m not saying he tried to chomp my arm off, but [a bite] is what it felt like in that moment,” Johnson said via Zoom.

“I respect Kevin, I really do, that’s why at the time of the incident … I’m there to win a game, I’m in my competitive element and I thought he bit me.

“As time went on, whether it was 30 seconds, one minute, two minutes, I realised that doesn’t add up to me … it wasn’t until I took a step back to think about it … I thought I got bitten, but it’s Kevin.”

Bellew asked Johnson when it was he felt like he had been bitten, to which Johnson replied: “at the time”. When Bellew asked when Johnson decided Proctor had not bitten him, Johnson said: “In review.” He later said he felt bad when Proctor was sent off.

Audio of the conversation between Perenara and video referee Streve Chiddy was played.

Perenara said when he asked Johnson if he wanted to make an official complaint, “him and Kevin Proctor were still going at each other”.

“I asked Shaun and Wade [Graham] at the same time, ‘do you want to make an official complaint?’, I didn’t get a ‘yes’ or ‘no’ because Shaun and Kevin were still ‘talking’ to each other,” Perenara said.

Fuller asked Perenara if his reaction was typical of a player who had just been bitten.

“The reaction of Shaun Johnson is mild to say the least,” Fuller said, only for Bellew to interject and say: “That’s a submission, not a question.”

“I saw the red mark in a circular motion, but I didn’t see any teeth marks,” Perenara said.

Chiddy tells Perenara during the game-day audio “I have vision of a bite” before the pair agree Proctor deserved to be sent off.

NRL counsel Peter McGrath said for Proctor to be found guilty, the panel had to believe there was contact, or a bite – and not necessarily “indentation” – it was dangerous, and the dangerous contact was intentional.

James Graham received 12 matches for biting the ear of Billy Slater in the 2012 grand final. Brad Morrin (eight weeks), Will Zillman (four weeks) and Chris Beattie (two weeks) are the only other players charged with biting since the NRL competition commenced.

Johnson took to Instagram earlier in the day and posted to his 311,000 followers: “Do I believe Kev had a nibble on my arm? At the time ‘yes’ I did – otherwise I wouldn’t have reacted the way I did. [But] since then I have spoken to Kev and he’s told me he didn’t and I believe him.

“I’ve also had time to watch the footage – the same footage you’ve all seen and can see that maybe the force I had against his open mouth with my arm could have been the reason I felt what I did.”

Previous Avoiding question of who funds retirement
Next It’s time to voice a gender problem over Siri, Alexa