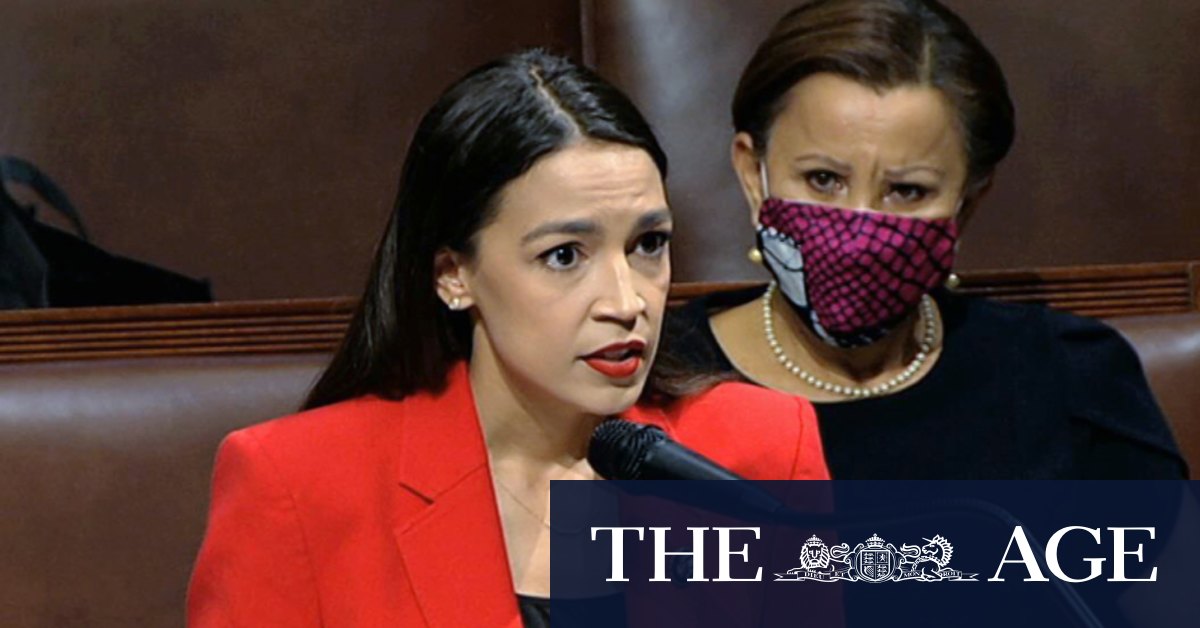 That correction didn’t satisfy Ocasio-Cortez, however.

“You waited several hours to correct your obvious and blatantly misleading tweet,” she wrote in one tweet. “It sparked an enormous amount of hatred and vitriol, & now the misinfo you created is circulating on other networks.”

In another tweet, she asked, “How are you going to fix the incredible amount of damage and misinformation that you are now responsible for? “Because a 1.15am tweet to slip under the radar after blowing up a false and divisive narrative across networks isn’t it.”

Still, there was nothing that prevented the congresswoman from mentioning Biden’s name in her short address. She endorsed Biden after Sanders suspended his campaign and has said that defeating President Donald Trump is a “life and death issue” for her constituents. She sent a tweet Wednesday congratulating Biden on winning the Democratic Party nomination.

Lauren Hitt, a spokesperson for Ocasio-Cortez, said people who criticised the congresswoman for ignoring Biden in her speech were looking to create division when there wasn’t any. She said that both Biden and Sanders representatives went over her speech before she recorded it.

“This is what the DNC asked us to do,” Hitt said.