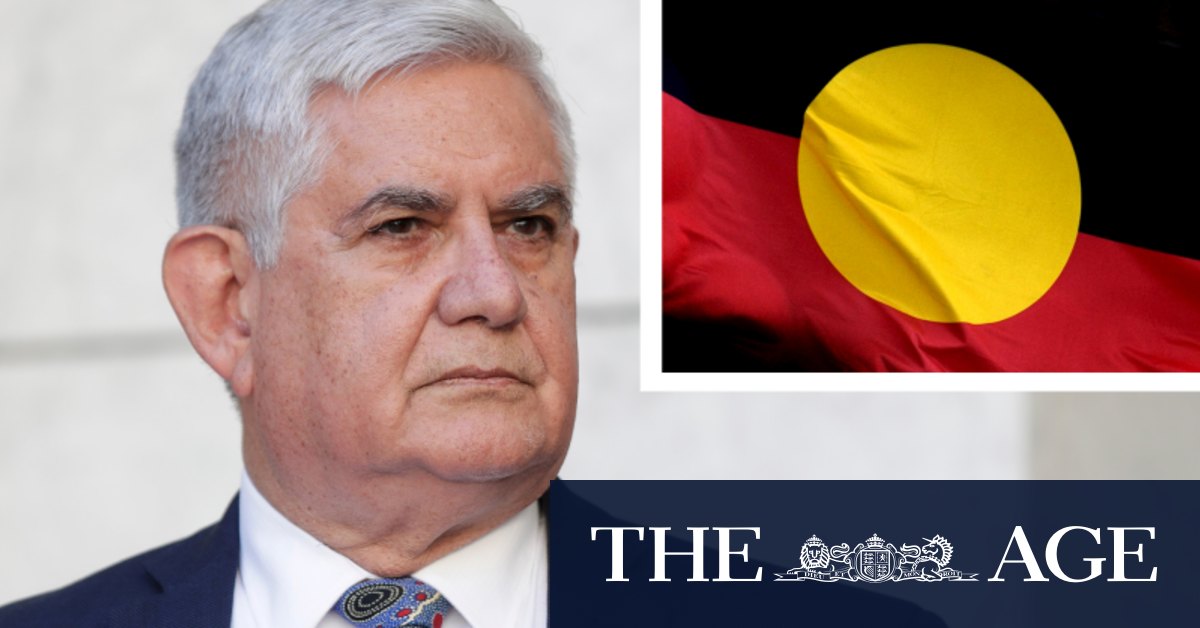 The minister said he was disappointed the “powerful symbol” could not be freely used on important occasions. He said Mr Harold’s exclusive rights to the flag must be acknowledged, but said he was prepared to look at a “range of options” to allow for broader usage of the flag.

“Hopefully what I would hope to see is common sense prevail and the use of the flag become
more free for significant events,” he told the ABC on Thursday.

“The use of the flag … should be available to all people who want access to it. And right now it’s not right because it is based on profit.

“I’m also very cognisant of [intellectual property] and I’m working with my agency in looking for a way forward that does not breach the individual ownership of a product by any Australian.”

A powerful lobby group of prominent First Nations people, including Olympic gold medallist Nova Peris and Australian rules great Michael Long, are pushing for the federal government to step in on the copyright matter. An online petition to “free the flag” has attracted more than 100,000 e-signatures.

In June 2019, Mr Wyatt issued a press release saying he had met with Mr Harold to discuss freer use of the flag but the Commonwealth was not planning to buy the copyright.

Since acquiring the rights for the flag to be used on clothing or in physical and digital media, WAM has issued a number of legal letters to companies and charities to stop using the flag.

Lance Franklin pulled products from his clothing line off shelves in June after being criticised by members of the Indigenous community for the line’s ties with WAM. Mr Franklin this week told the Herald Sun it was “extremely disappointing” the flag could not be used more widely.

Instead of the flag appearing in the middle of football grounds at AFL matches this week, the word “deadly” will be displayed, a word commonly used in Aboriginal English to mean “very good” or “great”.

The name of the local Indigenous population will also be written on the ground as the AFL seeks to celebrate the contribution of Indigenous people to Australian football.

For example the word “Larrakia”, people native to Darwin, will be painted on the field in Darwin for the Gold Coast-Carlton and Essendon-Richmond matches, held on Friday night and Saturday night respectively.

Collingwood is planning for players to wear special T-shirts at training ahead of Monday night’s clash with North Melbourne as the Magpies also throw their support behind the movement.