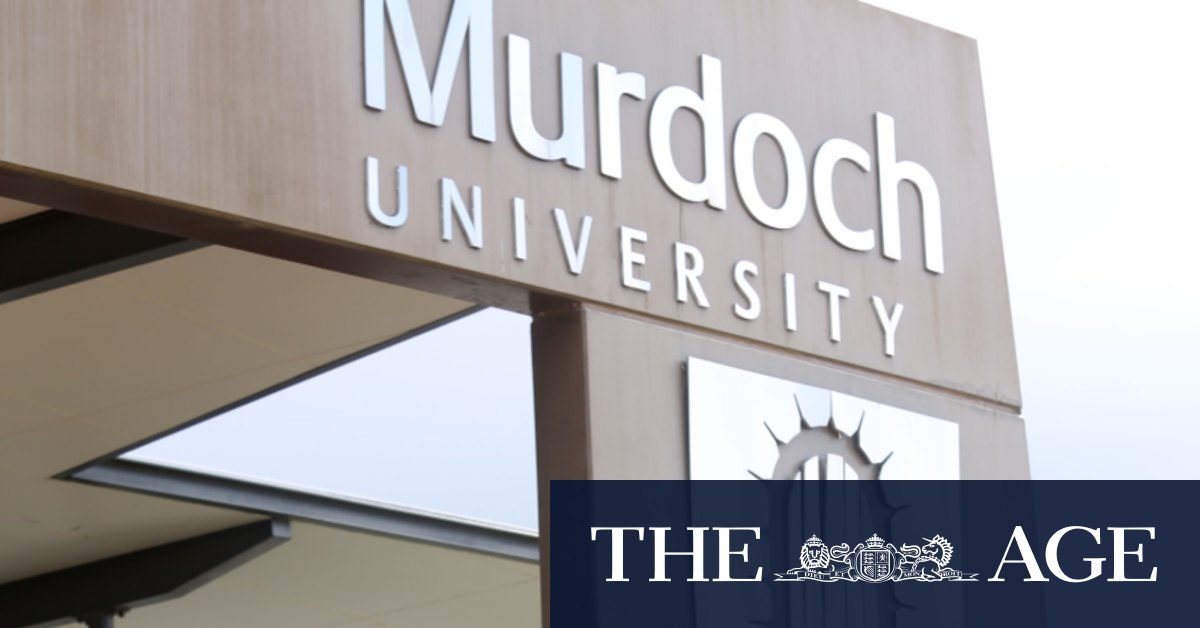 All the whistleblowers remain employed at the university.

But in January, the university announced the bachelor of science in mathematics and statistics course would be discontinued.

Senior mathematics lecturer and fellow whistleblower Duncan Farrow said no formal explanation was given and the course was instantly removed from Year 12 TISC university guides when other courses with lower enrolments remained.

“We’ve taken the time to look at the data to try and understand why we’ve been targeted the way that we are: why our major would be cancelled when others weren’t, why it would happen with no consultation with us and we couldn’t find a good reason,” he said.

The university denied the cancellation had anything to do with whistleblowing, saying it respected and protected academic freedom and the decision reflected the university’s “regular efforts to refresh its courses’ appeal and relevance”.

It was among a number of physics, chemistry, biological sciences, mathematics, chemical engineering and environmental engineering majors to get the axe.

“It’s hard to envisage a university without a mathematics degree.”

But Dr Farrow said the mathematics and statistics enrolments had grown from about 1600 in 2015 to more than 2700 this year.

“To put that into context that brings into the university about $7 million in domestic fees and we have 11 to 12 staff to deliver to that many students each year, and our total enrolments have been growing in double figures for the last four years,” he said.

“So we’ve increased by over 50 per cent in the amount of students that we teach in five years and we haven’t actually had any increase in staff numbers in that time.

“So I’m struggling to see a financial reason for cancelling the major.”

Mathematics and statistics Professor Graeme Hocking said the major cost no money to run since they would still be teaching a couple of thousand students the units anyway.

“So why would you not have the major on the books if the students can do all the units in it?” he said.

“Eventually if the students can’t do a major the numbers will start to drop off in our third year units and then they will get cut, and then it will be impossible to have a major,” he said.

Without the major students would miss out on opportunities for higher degree honours, PhDs, and building a research career in mathematics.

“It’s just going to be a slow decline.”

The university’s excellence in research ranking for applied maths and statistics in combination with biomedical science was among the highest in the nation.

“The longer term implications will be that the good young staff will want to move on,” Professor Hocking said.

Dr Farrow said it would be a slow decline.

A university spokesperson said the number of students who sought to primarily study mathematics and statistics had been “relatively small for several years, with only about 10 students graduating each year”.

They said the units would continue to be offered as a core discipline and in a “new contemporary format that reflects the evolving job market”.

Any suggestion the university was diminishing maths and statistics was “unfounded”.

“There are degrees in education, engineering, information technology, nursing, marine biology and veterinary sciences, among others, that will require mathematics or statistics units,” they said.

“Indeed, as a result of the success of these courses, in which maths and stats units are pre-requisites, there is high demand which explains the load demand and revenue referred to.

“Furthermore, PhDs and honours within the maths and stats discipline will still be available with the changes that are occurring to the courses.”

But Professor Hocking said the small number of maths and statistics major graduates was mostly due to the three-year course only being offered for the past five years and was in line with maths programs around the country.

Science Professor Bruce Gardiner said the success of the overall degree, and the university, was measured on the Quality Indicators for Learning and Teaching graduate outcomes survey.

“Our graduate outcomes provided in the latest round are indistinguishable from places like the University of Western Australia, with around 50 per cent in full-time employment after four months,” Professor Gardiner said.

“It is just needed throughout society at the moment and it’s hard to envisage a university without a mathematics degree.”

Aja Styles is a digital culture editor for The Sydney Morning Herald and The Age.