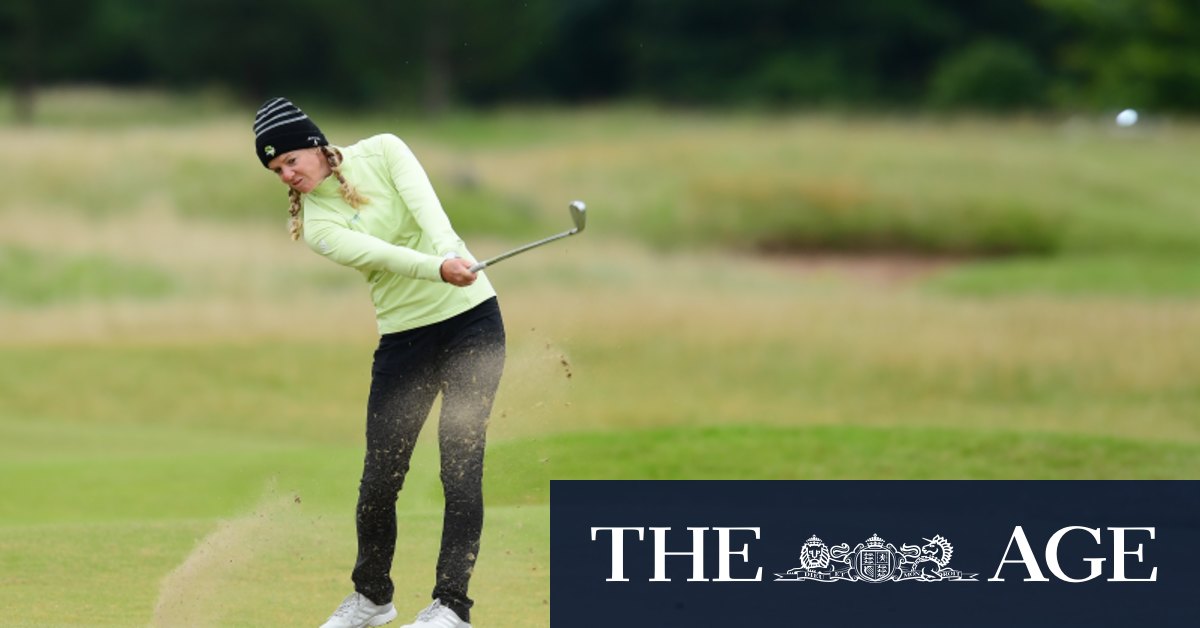 Her compatriot Marina Alex and Germany’s Sophia Popov tied for second while 10 others tied for fourth on even par.

Katherine Kirk was the best placed of the Australians, her round of one-over 72 placing her in a group of nine players, including former world No.1 Lydia Ko and world No.4 Nelly Korda, tied for 14th, five shots behind Olson.

“This is by far the worst weather I’ve had playing links golf,” Korda of the US said after she carded 72.

Australian Steph Kyriacou was two over par after the first round, Minjee Lee was three over, while last year’s Women’s PGA Championship winner Hannah Green and Sarah Kemp were four over.

South Korea’s contingent from the top 10 did not travel for the LPGA event over COVID-19 concerns but Inbee Park made the trip after she was satisfied with the safety protocols, marking her return to the LPGA Tour for the first time since February.

However, the former world No.1, currently ranked 12th, was no match for the course either, carding 77 which included six bogeys and a double-bogey on the seventh.

England’s Laura Davies, 56, was given the honour of hitting the opening tee shot as she celebrated her 40th consecutive appearance at the event since making her debut as a teenaged amateur in 1980.

The first women’s golf major scheduled for this year, the Evian Championship from August 6-9 in France, was cancelled because of the pandemic which also forced the cancellation of the men’s British Open at Sandwich.

‘My good intentions have been misconstrued’: Djokovic pens letter to Australia

Loading “Australia, in light of recent media and social media criticism for my letter to …