Race-by-race tips and preview for Taree on Friday

admin August 20, 2020 Sport Comments Off on Race-by-race tips and preview for Taree on Friday 78 Views 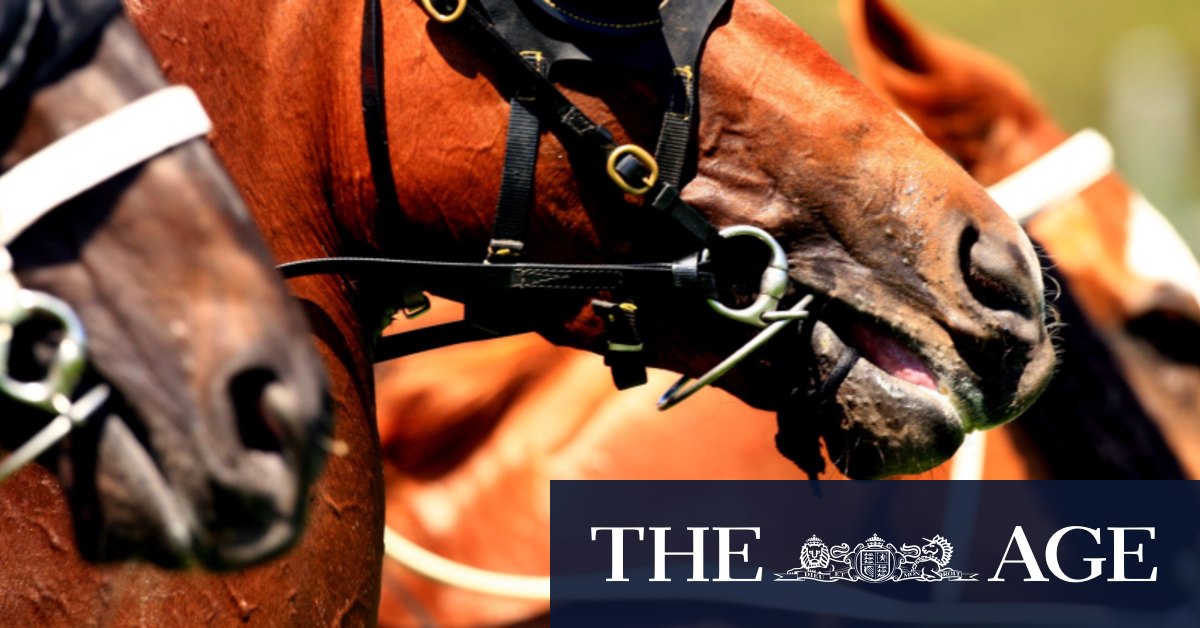 Open and tough sprint for the fillies and mares. Like the value about Newcastle three-year-old 9. Pelgrave for Kris Lees who can improve sharply at only her second start after working home OK at big odds on debut in a handy maiden at Tamworth.
Dangers: Newcastle four-year-old 2. Miss Scalini is having her first run for trainer Nathan Doyle, who is making a habit of getting these interstate arrivals to fire first time. Form last prep was solid enough, but drawn off the track, and her trial was only fair. Drawn right alongside, rival Novocastrian four-year-old 1. Respectful was solid through the line first-up at Muswellbrook, but she’ll need plenty of luck here. Watch the betting on Port Macquarie five-year-old 5. Kate Lea who was heavily backed from a big price in her first run for new stable, showing plenty of speed in heavy ground well off the fence before tiring late.

Now for the males’ edition, and again there’s plenty of chances. Keen on debutant Newcastle four-year-old 5. Sharpay Ruler (Unencumbered x Sharpay Magic by Magic Albert) again from the Doyle stable, who steps out for the first time off a smart soft track trial, and is bred to fly.
Dangers: Wauchope four-year-old 1. Highbury keeps finding one better having run four seconds in a long prep. Hit the line late behind a smart one last start, and seems to be still holding his form. Draws the inside and can go close again. Another first-starter 11. Vanbari (Vancouver x Elimbari by Fastnet Rock) has trialled OK for leading trainer/rider duo, and is in blinkers on debut.
How to play it: Sharpay Ruler to win and quinella 1 and 5.
Odds and Evens: Odds a special.

The short course sprinters won’t hold back here, and two runners stand out. Resuming Wyong four-year-old 2. Henschel from the Allan Denham yard is a smart customer who won two straight in the country in only his second prep. Will likely drift back off the speed, and be produced late.
Dangers: Coffs Harbour mare 1. In A Step led all the way in a similar race this track two runs back before boxing on well from the front in a stronger grade at Grafton over the carnival. Lovely draw to control the race, and 4kg-claiming rider gives her a nice weight advantage over the top selection. Be surprised if one of those two doesn’t win, but Newcastle five-year-old 3. Jamaican Dream is capable of charging over the top if the speed up front is hot, while include Tuncurry six-year-old 8. Scorching third-up in wider exotics.

How to play it: Henschel to win and quinella 1 and 2.
Odds and Evens: Split.

Newcastle mare 3. A Fortunate Lass from the Jason Deamer yard has been close-up in two handy class 1s, and can finally break through for a second career win. Hard fit deep into the prep, and can settle back off a good speed and finish over the top.
Dangers: Progressive rival Newcastle four-year-old 2. Star Raider will head the market, and be hard to stop second-up from the inside draw. Fitness gave out late when resuming gelded as a short-priced fancy here, and is supremely treated at the weights after rider’s full claim. Include another Novacastrian, 7. Red Light Dancer, who was right on the heels of the top selection at Scone two runs back before run off her feet behind a smart one last start.
How to play it: A Fortunate Lass to win and quinella 2 and 3.
Odds and Evens: Split.

Typical even affair for the staying types, with several chances. After four straight placings, tough Port Macquarie six-year-old 6. Condover Hall can break a long run of outs stepping up to this trip. Reliable weight carrier who is hard fit, and much better suited on firmer ground.

Dangers: Wauchope four-year-old 3. Prince Of Troy was ridden much quieter last start at Tamworth over the mile before working home late, so expect him to be ridden closer from the inside draw carrying 60kg. Won the Grafton Guineas Prelude over a shorter distance four runs back. Port Macquarie six-year-old 7. The Kroc produced his best effort in a long time defying the chasers to win this grade at home on a heavy 10, but a query he can repeat the dose carrying 59kg on firmer ground. Muswellbrook six-year-old 5. Apache Junction defied a big-price drift to gain a tight decision in a class 2 at Tamworth, but goes up 4kg and is drawn further out.
How to play it: Condover Hall to win.
Odds and Evens: Split.

Feature race of the day stacks up nicely for smart Wyong five-year-old 3. Holy Reign trained by Kim Waugh. Struggled in very heavy ground two runs back at Warwick Farm before exploding home from the back to win a handy BM64 at Newcastle. Drops in weight for this, and even better suited on drier ground. The one to beat.
Dangers: Seven-year-old stablemate to top selection 1. Manhattan Mist hasn’t been far away against generally tougher opposition, and a little more ground from a nice trailing draw makes him a genuine threat. Port Macquarie five-year-old 5. Gumshoe is looking for this distance now after working home late in two runs back against handy opposition, and opted for here over a BM66 on Sunday. Include local mare 4. Danzibar Dancer, who boxed on well after leading first-up at Newcastle and is well treated at the weights.
How to play it: Holy Reign to win.
Odds and Evens: Odds.

We close the meeting with a good quality battle for this class. Now that Newcastle five-year-old 3. Bandahara has broken back into the winner’s stall, he can go on with the job. Had put the writing on the wall in a couple of nice closing efforts before finishing strong to win a handy class 1 at Scone. Has trialled quietly since, and top rider goes back on.
Dangers: Newcastle five-year-old 1. Discombe relishes this sort of trip when he’s fresh. Good weight carrier who won the second of two trials impressively, and will go forward and be hard to run down. Include at big odds Wyong mare 10. Fearless Mila who charged home late in heavy ground at Dubbo in what has already proven a strong form race, while Taree mare 13. Hold All Tickets will appreciate the rise in distance after four improving runs this prep.
How to play it: Bandahara to win and trifecta 1,3/1,3,10,13/1,3,10,13.
Odds and Evens: Odds.

Previous ‘If I had the chance, I would do it again’: No regrets for Djokovic
Next ASX chases US stocks higher; Investors cheer Suncorp, Inghams results