Revealed: who’s in and out on Wallabies coach Rennie’s watch list

admin August 20, 2020 Sport Comments Off on Revealed: who’s in and out on Wallabies coach Rennie’s watch list 10 Views 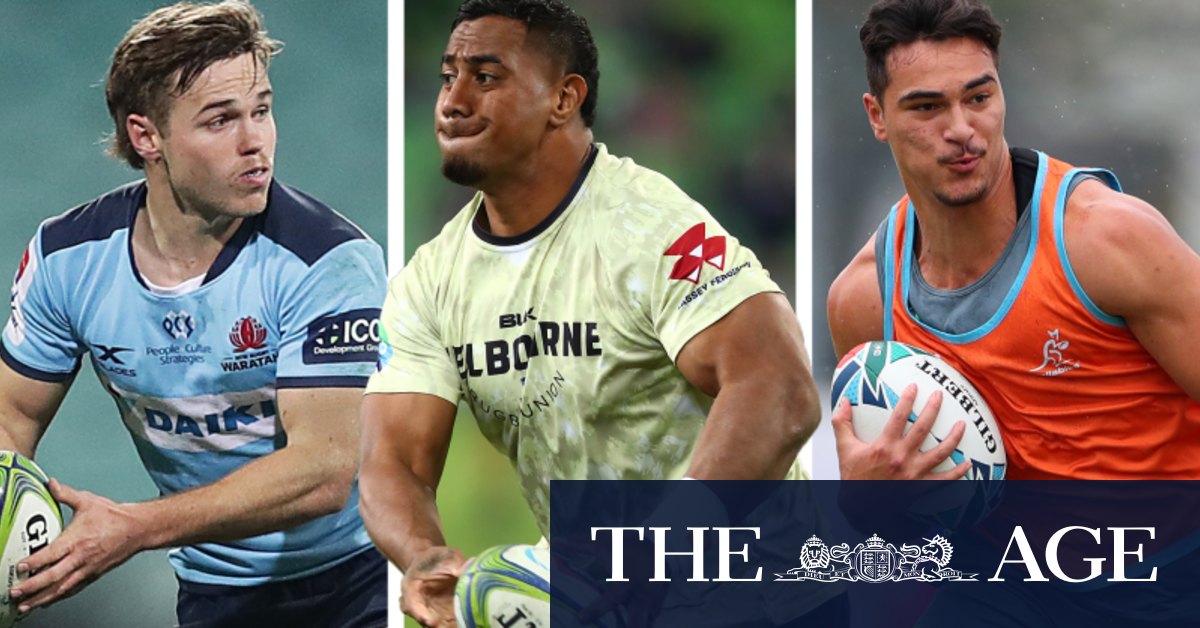 In a major turnaround for NSW, Harrison, Ramm, Maddocks and Horton are listed alongside Rob Simmons, Lachlan Swinton, Ned Hanigan, plus the only three NSW players who made the same list back in May: Michael Hooper, Jake Gordon and Angus Bell. Back-rower Jack Dempsey could be considered unlucky not to be there after some strong performances in recent weeks.

Fa’amausili – a tighthead prop whose bullocking style made him a fan favourite from the earliest minutes this season – is one of three home-grown Rebels players to attract Rennie’s attention, along with second-rower Trevor Hosea and capped Test hooker Jordan Uelese.

The Moorabbin Rams junior, who weighs in at 130kg, was listed alongside the prop he’s replaced at times this season, Jermaine Ainsley, as well as Queenslander Taniela Tupou, Brumbies captain Allan Alaalatoa and Waratah Harry Johnson-Holmes, who was listed as a loosehead and tighthead option.

James O’Connor is down as an option at No.12, despite earning rave reviews from Rennie for his work at five-eighth for Queensland this season. Matt Toomua, Harrison and Brumbies playmaker Noah Lolesio are the contenders at No.10.

O’Connor was named alongside Rebels midfielder Reece Hodge and Brumby Irae Simone, while Hodge, Jordan Petaia and Tevita Kuridrani were named at outside centre. Rennie continues to look past veteran Karmichael Hunt, while Reds prospect Hunter Paisami dropped off the list after making a PONI squad earlier this year.

At halfback Nic White and Queenslander Tate McDermott were named along with Gordon and at fullback, Maddocks’ improving form earned him a mention alongside Test mainstay Dane Haylett-Petty and Brumby Tom Banks.

Fijian-raised Reds speedster Filipo Daugunu made the list of wing options, as did Marika Koroibete, Ramm and Brumby Tom Wright.

In the forwards, Hanigan’s inclusion as a second-row/back-row option could raise eyebrows among some of his critics, but few will argue with Simmons being rewarded for his much-improved physicality and consistent performance at lineout. Swinton’s edge appears to have caught Rennie’s eye, with the self-confessed crazy man of the NSW pack listed alongside Harry Wilson, Rob Valetini and Pete Samu as blindside breakaway option.

Samu and Wilson are also down as No.8s alongside Test incumbent Isi Naisarani.

Queensland’s impressive back-rowers were rewarded with Fraser McReight and Liam Wright on the list alongside Hooper at openside.

In the second row, Rennie has his eye on impressive young Rebel Trevor Hosea, as well as Matt Philip and Brumbies veteran Cadeyrn Neville. The Wallabies coach has also made no secret of his wish to consider overseas-based players at lock given Australia’s thin stocks.

The Wallabies are expected to open their Test campaign with two Tests against New Zealand here in Australia, on October 10 and 17. A further two are scheduled in New Zealand as part of the Rugby Championship, although COVID19 outbreaks here and in New Zealand have thrown the tournament into jeopardy.