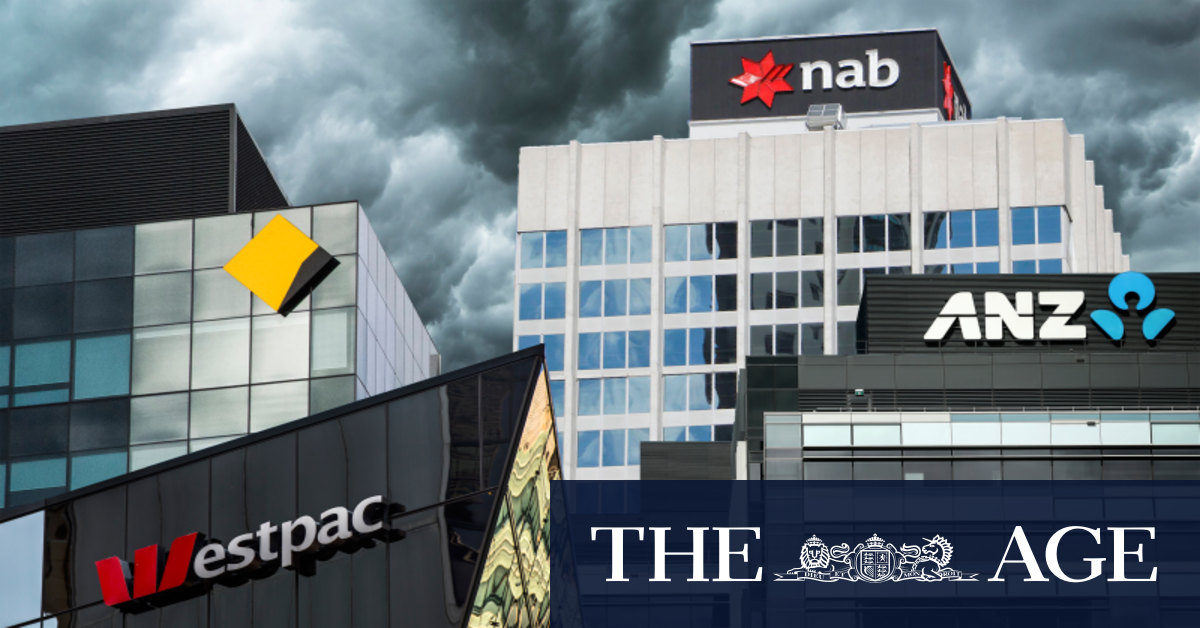 In a sign of the more glass-half full tone, ANZ Bank chief executive Shayne Elliott this week told investors he did not want to be “overly pessimistic” and the community and banks had to adapt to a “COVID way of life”.

“Sure, Victoria is doing it tougher than other states at the moment, but Western Australia is ticking along with iron ore prices holding up,” says Elliott.

“Parts of Queensland not exposed to tourism are already showing signs of recovery, particularly in the agricultural sector and even in Victoria, there are businesses and sectors of the economy that have adapted and are doing okay.”

Some investors also took confidence from ANZ and Commonwealth Bank declaring dividends in the middle of Australia’s sharpest economic shock since the 1930s (unlike Westpac, which scrapped its payout).

But against this, analysts warn banks are not out of the woods by any stretch, with the lenders likely to face much more fallout from the coronavirus recession and the recovery that follows.

Perhaps the biggest concern is soured loans. Westpac this week added $574 million to its bad debt provisions and ANZ tacked on $500 million to its provisions, which Elliott likened to a “rainy day” fund. NAB and CBA did not take new overarching COVID-19 provisions in addition to those from a few months ago.

Among bank watchers there is a widespread view these bad debt charges must go higher as the crisis grinds on, thereby eating into profits.

Jefferies analyst Brian Johnson says his forecast loan losses under a “U-shaped” recession are still much lower than what banks incurred the brutal early 1990s recession, when they lent too much for commercial real estate. But he still thinks bad debts will rise from here.

“This time it’s the over-exposure to housing with an unemployment shock looming and population growth slowing as immigration falters,” Johnson says. “I think the banks will keep topping up their provisions.”

Principal at fund manager Alphinity, Andrew Martin, agrees more provisions are inevitable. “It seems somewhat inconceivable that we are in economic circumstances that we are in at the moment, and there’s still so much uncertainty, and they don’t have to take more provisions,” Martin says.

‘It seems somewhat inconceivable that we are in economic circumstances that we are in at the moment, and there’s still so much uncertainty, and they don’t have to take more provisions.’

Another reason the market remains cautious towards the banks is because of the sheer amount of uncertainty, not just about the pandemic, but about potential problems being masked by the extraordinary support given to customers.

Banks have allowed hundreds of thousands of mortgage and business customers to defer loan repayments, while commercial borrowers are also being propped up by the wage subsidy JobKeeper, moratoriums on evictions and a temporary pause insolvency laws.

In the past fortnight banks have reported that anywhere between 20 per cent and 40 per cent of mortgage customers with deferrals have resumed making payments, and Westpac and CBA said most of their customers intended to resume repayments.

But that still leaves a big question mark over a huge number of loans. Westpac’s CEO Peter King acknowledged this uncertainty by saying the customers’ intention to resume payments was “a really positive sign” before adding: “Of course we need to see the payments.”

Despite some improvements in the economic outlook from the dire forecasts of March, the numbers of loans on deferral is massive, accounting for about a tenth of loans in the economy. Shaw and Partners analyst Brett Le Mesurier notes ANZ and Westpac each had about $40 billion in deferred loans on their books. “That’s why you can be confident that bad debts are going to rise,” he says.

Further clouding the outlook is what happens to government support, which Aberdeen Standard Investments investment manager Jason Kururangi describes as a “big moving piece” in the equation for investors. CBA, for example, estimated 14 per cent of its customers with deferred home loans were receiving unemployment benefits, but it was not able to say how many were on JobKeeper.

For as long as the government continues to prop up the economy, banks and their investors will struggle to form a clear view of how quickly struggling customers might be able to resume their payments. “We want to see their books go back into performing because I suppose the risk is at some point there a cliff of deferrals that then become non-performing loans,” Kurarangi says.

This month’s results also underlined the ongoing squeeze on banks’ income, which is under pressure from ultra low interest rates on loans, anemic credit growth and cuts to fees. Net interest margins – funding costs compared with what banks charge for loans – have fallen sharply and are expected to dip further.

For yield-hungry investors who have traditionally favoured bank shares for their big dividend payouts, this all points to a subdued picture indeed.

Shaw’s Le Mesurier says CBA is in a better position to pay dividends than rivals, but bank dividends are likely to remain much lower than they were before COVID-19 struck. “In the scheme of things, when you compare it to recent years they will be very small,” he says.