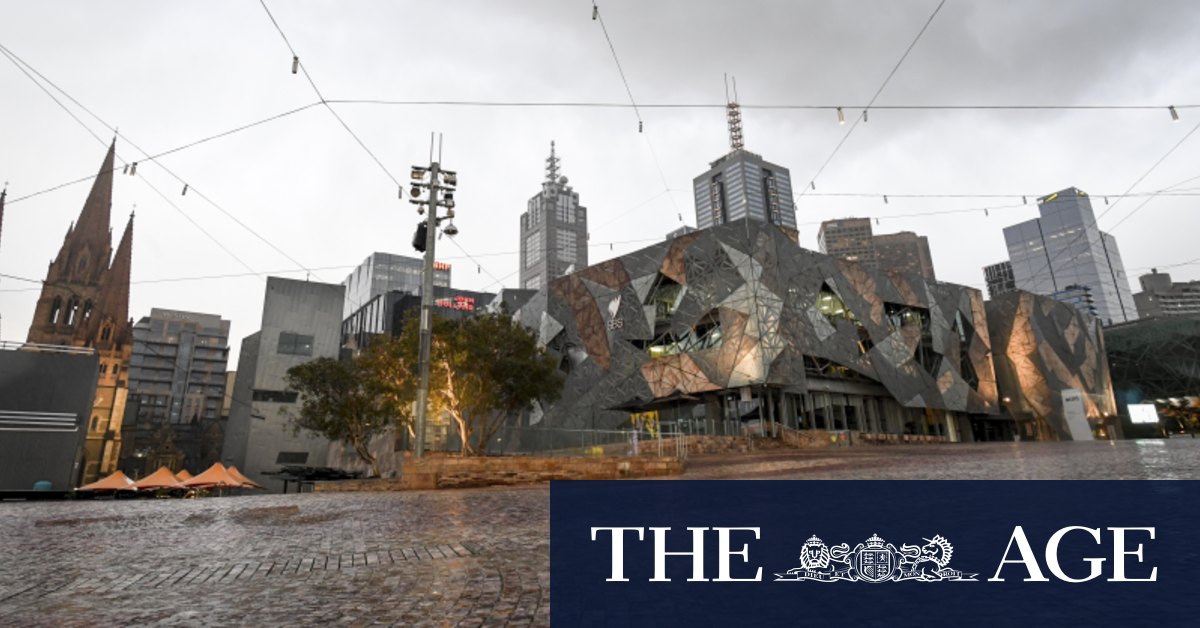 The review recommends Federation Square embrace the Yarra River and nearby arts and sports precincts, prioritise its civic and cultural role and give greater recognition to First People’s culture, art, heritage and continuing connection to the site.

Debate over Federation Square’s future ignited in 2017 after the state government announced it would allow the demolition of the Yarra building to make way for an Apple store.

Part of the rationale for the store was a desire to boost revenue for the square.

However, the controversial plans were abandoned in April last year after Heritage Victoria refused to allow the demolition of the building, saying this would have “diminished” the public square.

“Something has to happen … you just can’t allow it to kind of wither away,” Planning Minister Richard Wynne told The Age at the time.

The Victorian government said it had accepted the review’s recommendations and would immediately invest $20 million in renewal works at Federation Square.

“Federation Square is the cultural and civic heart of Melbourne – it helps to bring us together and showcases our creativity, diversity and culture,” said Creative Industries Minister Martin Foley.

“These things that were important to Victorians pre-COVID will be more critical than ever as we reconnect and recover as a community and rebuild our creative and visitor economies.”

The review – which canvassed the views of 1800 people – found the community wanted Federation Square reasserted as Melbourne’s civic and cultural centre rather than a pass-through location in the city.

It said its cultural tenants, including ACMI, NGV and the Koorie Heritage Trust, were seen as key to Federation Square’s success, however, greater co-ordination of programming and events was essential.

The review found there was a strong community desire to better link Federation Square to Melbourne’s green spaces, including the Yarra River.

“Overall, public comfort and lack of visible amenities were seen as shortcomings of the site,” it said.

The review recommends a design advisory panel be appointed to provide advice on any changes to Federation Square. The community would also be consulted.

Tania Davidge, the president of Citizens for Melbourne, which spearheaded the fight against the Apple store, said the review was wonderful news for Federation Square.

“It highlights the civic and cultural importance of Fed Square. It recognises the Victorian community as crucial to Fed Square’s success as a public space, now and into the future.”

The review explored a range of cost saving and revenue raising measures to improve Federation Square’s sustainability, however, these will be deferred due to the impact of COVID-19.

“Although the financial part of the review has been deferred due to the impacts of COVID-19, we hope that this new arrangement will allow Fed Square to access the ongoing government funding it needs to thrive into the future,” Ms Davidge said.