Breaking News
Home / Business / Gloves off: Google turns to its users in fight against Australian regulations

Gloves off: Google turns to its users in fight against Australian regulations

admin August 21, 2020 Business Comments Off on Gloves off: Google turns to its users in fight against Australian regulations 15 Views 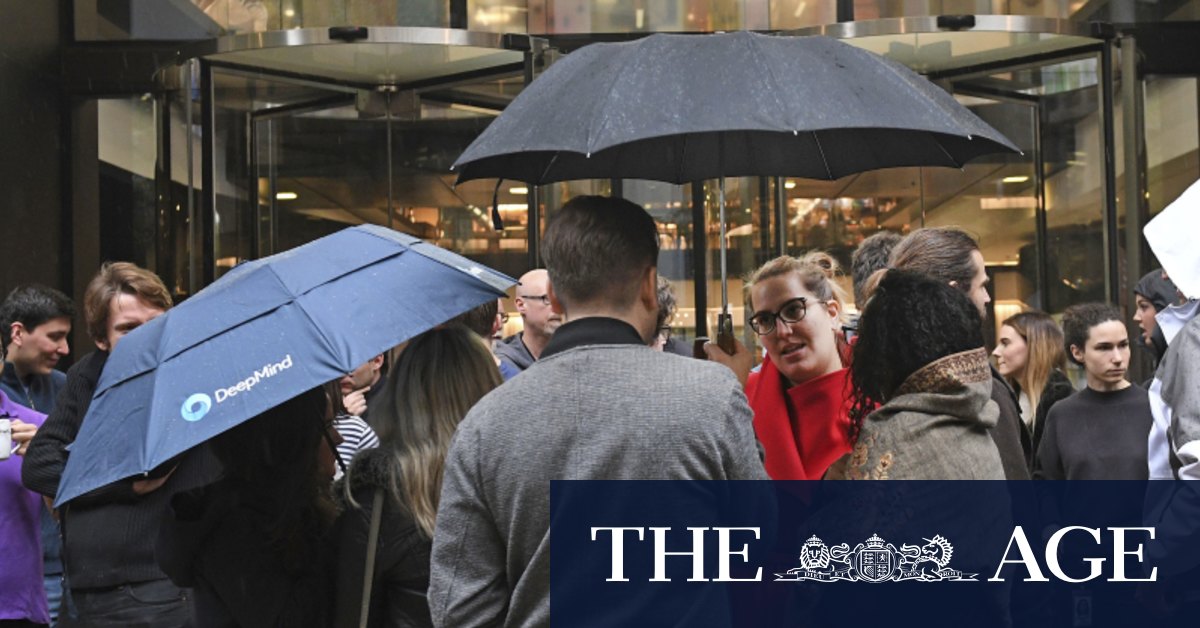 It will also force the digital giants to give media companies advance warnings about any changes to the algorithms that power search results and news feeds and provide information about the collection of user data.

Media companies have hailed the code as a much-needed step to reduce the power imbalance they face in dealing with the global behemoths, who have grown to dominate the digital advertising market.

But the tech community sees the regulation differently – an “unreasonable” set of rules in the words of Google, or as billionaire Mike Cannon-Brookes has described it, one that will set a dangerous precedent. “Should Netflix be forced to pay for reduced cable bills? For lower popcorn revenues at movie theatres?” he asked on Twitter.

Tech and media analyst Ben Thompson says the proposed code is a “shakedown”. Writing on his website Stratechery, he called the new algorithm obligations “grossly unfair” and said they would introduce “truly terrible incentives for the news media businesses themselves, who will suddenly be in possession of invaluable data about Google and Facebook’s future plans”.

Yet with Facebook bruised and battered by a deluge of public relations scandals and deciding to keep quiet, Google has been left to fight on its own. This week it took off the gloves and started swinging. “The ACCC has got them in a corner, that’s why they are having this public tantrum,” Swinburne University’s Dr Belinda Barnet says.

In the letter to users, Google said proposed rules would “dramatically worsen” the experience for Google users in Australia, threaten its free services in Australia and also lead to privacy risks by forcing it to share data with “big media” companies, it argued. In private, senior figures at the company have even said the rules could threaten its presence in Australia.

Few are taking the threat seriously: Google generates $4 billion in high margin revenue from Australia each year. But the message seems clear – Google will fight the introduction of the new rules to the bitter end.

Yet while the search giant appears to be hoping it can get millions of Australians behind its cause, the effect on the regulators and policymakers remains to be seen.

Liberal senator Andrew Bragg, chair of a parliamentary committee examining financial technology, says there is nothing wrong with a corporation deploying everything at its disposal to fight government efforts to impose new regulations. Even if it’s an “absurdity” for Google to label other companies “big”.

“It doesn’t surprise me that a large enterprise is using these guerilla tactics,” he says. “I don’t have a problem with a large business deploying these sorts of tactics in a democracy but I think you can see it for what it is.”

Communications Minister Paul Fletcher was even more direct. “Who is the biggest media company of them all?” he posted on Twitter this week, sharing a graphic comparing the US$1.03 trillion market capitalisation of Alphabet – the owner of Google – with the significantly smaller media companies, whose values range between $140 million and $17 billion.

Labor’s communications spokeswoman Michelle Rowland is waiting to see if Google will be able to legitimise the notion it is the underdog fighting for ordinary users.

“They are coming at it strategically from a consumer perspective, raising their concerns about what they think the impact will be on services,” she says. “But also painting themselves as almost a consumer champion against what they say is the power of big media organisations.”

Greens senator Sarah Hanson-Young says Australians are increasingly wary of the tech giants, which she thinks have become too powerful.

“I don’t think the bully tactic campaign from Google will ultimately work to win over the community,” she says.

Tech giants may not be particularly popular inside Australia’s media and political bubbles. But the services they provide are generally very popular with users.

And media companies have plenty of critics too. Look no further than Rupert Murdoch’s News Corp, the biggest advocate for the regulation of big internet companies (its proposals were close to those adopted by the ACCC).

Still, it’s far easier to envisage someone being upset about the closure of a local newspaper than changes to internet regulation. “I think it’s going to be very difficult to get users excited about a code for the advertising sector,” Venture Insights head of research David Kennedy said, referring to Google’s public relations offensive.

Not (just) about the money

Under the new code, the amount Google and rival Facebook would have to pay publishers is expected to fairly insignificant for the two companies. Both generate massive profits and boast trillion dollar valuations.

The concern, according to Swinburne’s Barnet, is that if the ACCC’s regulation works, it will set a precedent in other markets. “Maybe 70 countries [taking this step] might make a difference to their bottom line,” Barnet says.

To date, attempts to regulate Google have not been effective. When legislation was introduced in Spain in 2014, Google closed down its news service and after France tried to make the tech giant pay for publishers content last year, it said it would change the way articles appear in search results. The French Competition Authority has since ordered Google to engage with news media businesses. But even in those negotiations, Google is refusing to stump up large amounts of cash.

But ACCC chair Rod Sims and his team took all this into account when the new code was prepared. If Google and Facebook can’t come to an agreement with publishers within three months, independent arbitrators will be called in to impose a compulsory arrangement. The tech giants could also be fined millions of dollars if they don’t comply.

“In Spain and France and other countries where they’ve tried to introduce legislation like this, Google has always had the option of booting the media outlets off search or downranking them. In Australia, the ACCC has got quite a bit of chutzpah,” Barnet says. “They’ve added into the legislation that they can’t do that, so Google is in a corner and can’t take that usually retaliatory action.”

The proposed regulations would prevent Google from discriminating against certain news articles in search and from pulling Google News from the market. Notionally, the company could decide to shut down search and YouTube and withdraw completely; it has told publishers that there is every chance this could happen. However, this is widely regarded as an empty threat.

Google has previously argued it gets little value from news. Executives at the tech giant genuinely believe publishers get more value from Google, which sends them significant amounts of clicks in referral traffic.

The search giant’s biggest concerns actually relate to the sharing of algorithm changes and the release of user data (Google makes about 480 changes to its algorithm each year).

The usually media-friendly Sims wasn’t available for comment. He angrily dismissed Google’s concerns this week as invalid and accused it of spreading “misinformation”. Google would not be required to charge Australians for its services or share additional user data with publishers unless it chooses to, he said.

Swinburne’s Barnet is equally dismissive: “There’s no merit to any of the arguments that they are putting forward and I don’t think they are being entirely honest in their reasoning either.”

At the very least, Google’s aggressive response this week shows that the ACCC’s proposals have teeth. “The stakes are really high,” Labor’s Rowland says. “I’m guessing if they have to give notice of changes in their algorithms, that is going to have an impact on their global systems. It could have a significant impact across their whole suite of services.”

It’s also clear that the rest of the world is watching.

“It’s about international precedents. It is the best shot that any regulator has made so far,” Kennedy says. “I don’t think it’s any secret that the ACCC would’ve consulted with their international counterparts … those counterparts will be watching closely what is happening here.”