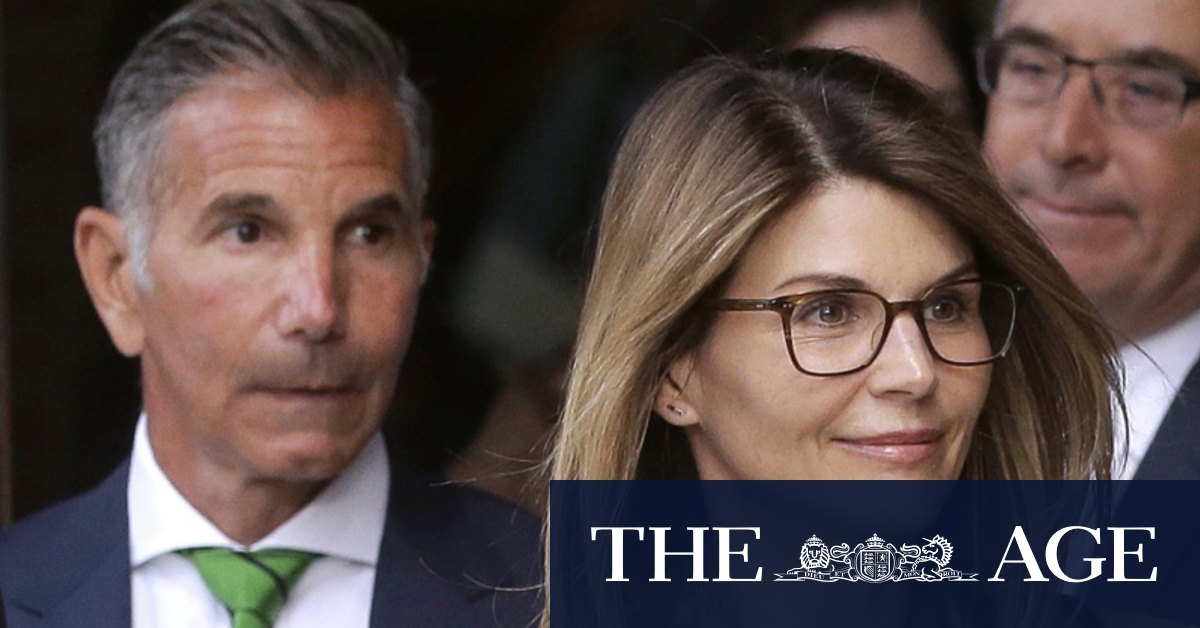 “I made an awful decision. I went along with a plan to give my daughters an unfair advantage in the college admissions process and in doing so I ignored my intuition and allowed myself to be swayed from my moral compass,” she said. “I have great faith in God and I believe in redemption and I will do everything in my power to redeem myself and use this experience as a catalyst to do good.”

Trach said Loughlin has begun volunteering at a primary school in LA with children with special needs.

Describing the “devastating” impact the charges have had on the 56-year-old actor’s family life and career, Trach said: “Lori lost the acting career she spent 40 years building.”

Loughlin’s lawyer and Giannulli both alluded to bullying their daughters faced after the charges were made public. Brach said the family was forced to hire security for their daughters because of the intense publicity and bullying they faced, and that Loughlin has sought to repair her relationship with her daughters.

In the first display of remorse either of them have made publicly over the fraud, Giannulli told the judge earlier on Friday that he “deeply” regrets the harm that his actions have caused his daughters, wife and others.

“I take full responsibility for my conduct. I am ready to accept the consequences and move forward, with the lessons I’ve learned from this experience,” Giannulli, 57, said in a statement.

In accepting Giannulli’s plea deal, Gorton said the prison terms are “sufficient but not greater than necessary punishment under the circumstances”. Gorton scolded Giannulli for what he described as “breathtaking fraud” made possible by his wealth and privilege.

“You were not stealing bread to feed your family. You have no excuse for your crime and that makes it all the more blameworthy,” the judge told Giannulli before officially sentencing him. Giannulli was ordered to surrender on November 19.

The famous couple’s sentencing comes three months after they reversed course and admitted to participating in the college admissions cheating scheme that has laid bare the lengths to which some wealthy parents will go to get their kids into elite universities.

They are among nearly 30 prominent parents to plead guilty in the case, which federal prosecutors dubbed “Operation Varsity Blues”. It uncovered hefty bribes to get undeserving kids into college with rigged test scores or fake athletic credentials.

Loughlin and Giannulli had insisted for more than a year that they believed their payments were “legitimate donations” and accused prosecutors of hiding crucial evidence that could prove the couple’s innocence because it would undermine their case.

Previous Russia to let dissident in coma fly to Berlin for treatment
Next Snow, sleet: Victoria battens down for wintry weekend