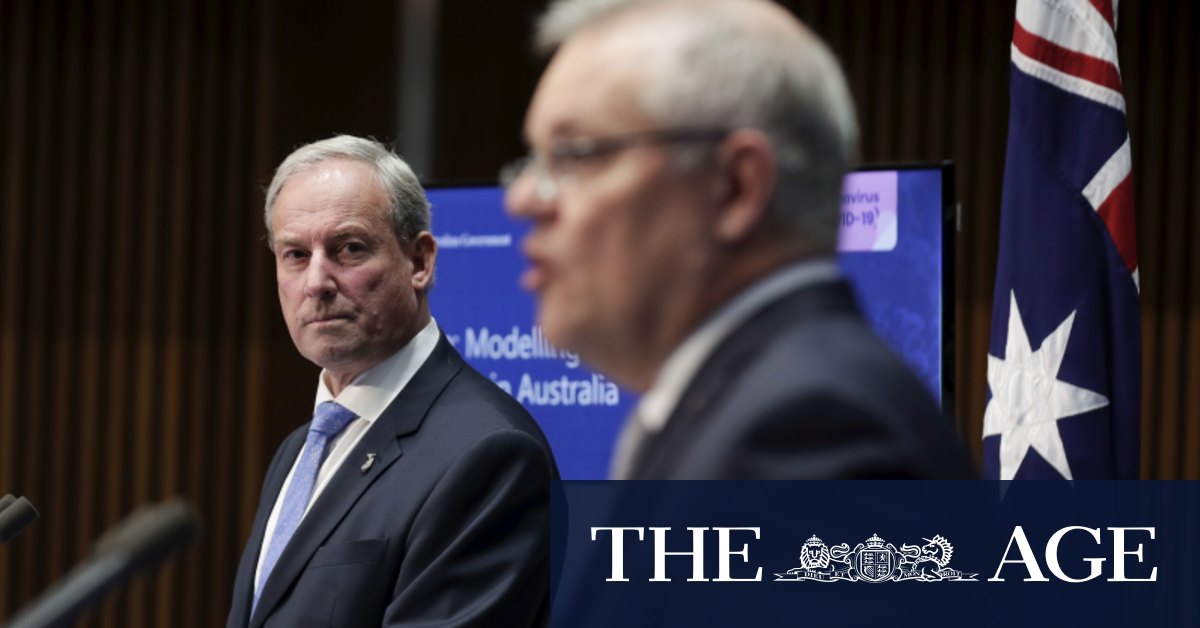 Prime Minister Scott Morrison was forced to defend his minister after his performance at the hearing on Friday, when Senator Colbeck could not say how many Victorians in aged care had died from COVID-19.

“I’m sure the minister regrets not being able to call those figures to mind,” Mr Morrison said, adding “I do have confidence” in Senator Colbeck after being asked if the minister was “across his brief” or if he should be sacked.

“This is a very demanding environment in which to work … I think it’s important to play the issue and not the man here,” the Prime Minister said.

Senator Colbeck had stumbled over the question of the number of deaths for almost a minute before a public servant stepped in to tell the hearing that 254 aged care residents and four home care recipients had died in Victoria.

Opposition aged care spokeswoman Julie Collins seized on the exchange to attack the minister’s record, saying it “calls into question whether or not the Prime Minister should keep him in his role”.

Mr Morrison said Senator Colbeck was “directly responsible” for the more than $1 billion worth of pandemic funding committed to the sector, including $171 million pledged on Friday, taking in $103.4 million for COVID-19 preparedness measures announced earlier in the week.

Mr Morrison said there would be more money in the federal budget in October to deal with the findings by the royal commission into aged care.

“There are two challenges going forward with aged care that we will be addressing further in the budget. But obviously, ultimately, when the royal commission makes its report next year, and then the budget that follows that,” he said.

“There are other issues that regardless of a pandemic, that we would need to continue to address. And then there are the COVID additional measures that will be further undoubtedly required.

“If there’s one thing I’ve learnt during this pandemic is it ain’t over until it’s over. And it’s, it ain’t over yet. And that means we will continue to provide the resource and the support and meet the needs that need to be met. And as they’re presented, as the demands are there, then we have not flinched. We have, we have not baulked, not on one occasion.”

Ms Ryan said Senator Colbeck “fluffing his figures” was “not the worst thing that’s happened” to aged care recipients during the pandemic, saying the government had failed to implement safeguards to protect vulnerable elderly people.

“I’m more interested in getting a serious attempt to fix up the crisis in aged care,” Ms Ryan said.

But he rejected the suggestion the government had “allowed” the virus to ravage aged care homes – where some residents were left hungry and malnourished, in soiled clothing, after staff were sent home to isolate – describing such scenes as “a tragedy”.

“The government was not absent. The government has been there every single step of the way, providing every resource that we could muster,” the minister said.

Ms Collins said the government should “get its act together” and roll out a national plan.

“We need an unreserved apology to those families and their loved ones from this government,” she said.