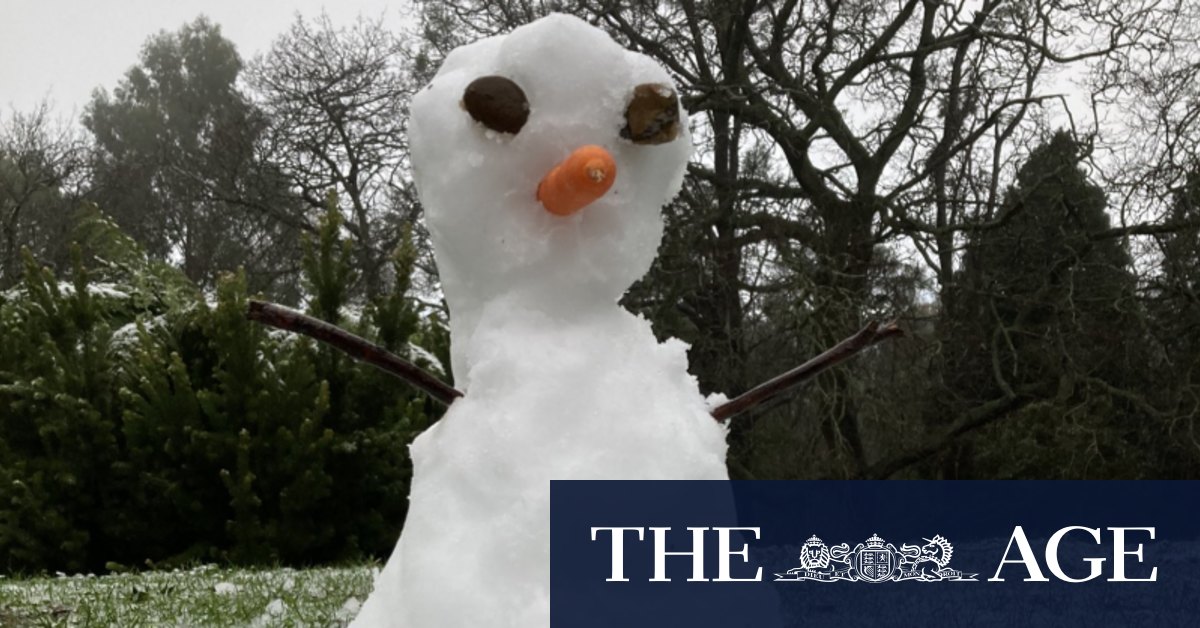 “It’s definitely going to feel more wintry today and tomorrow than it did yesterday,” he said.

The Bureau had confirmed reports of snow in Trentham and Mount Dandenong, and Mr Delamott said it was likely Ballarat and Beechworth had also received snowfall overnight.

While most lower lying areas across the state experienced overnight lows between 2 and 5 degrees, in the Alpine areas the mercury plummeted to -6.6 at Mt Hotham, -6.1 at Mt Bulla and -6.2 at Falls Creek.

Areas as low as 400 metres above sea level could see more snow this morning. Beyond that, snow will continue to fall in areas at 1000-1200 metres, including peaks in the Macedon and Yarra Ranges right through today, according to Mr Delamott.

While anywhere above 1200 metres will technically be cold enough for snow right through into next week, Mr Delamott said the majority of the snow will contract southwards after today.

“Most of the snowfall will be at Mt Baw Baw instead of Falls Creek and Hotham,” he said.

Back in the city, as winds swing around and become southwesterly, the Bureau predicts Melbourne will receive between five and 15 millimetres of rain today.

The end result is that this weekend will be among just a handful of days below 13 degrees this year.

“Today is definitely one of the coldest days of the year.”