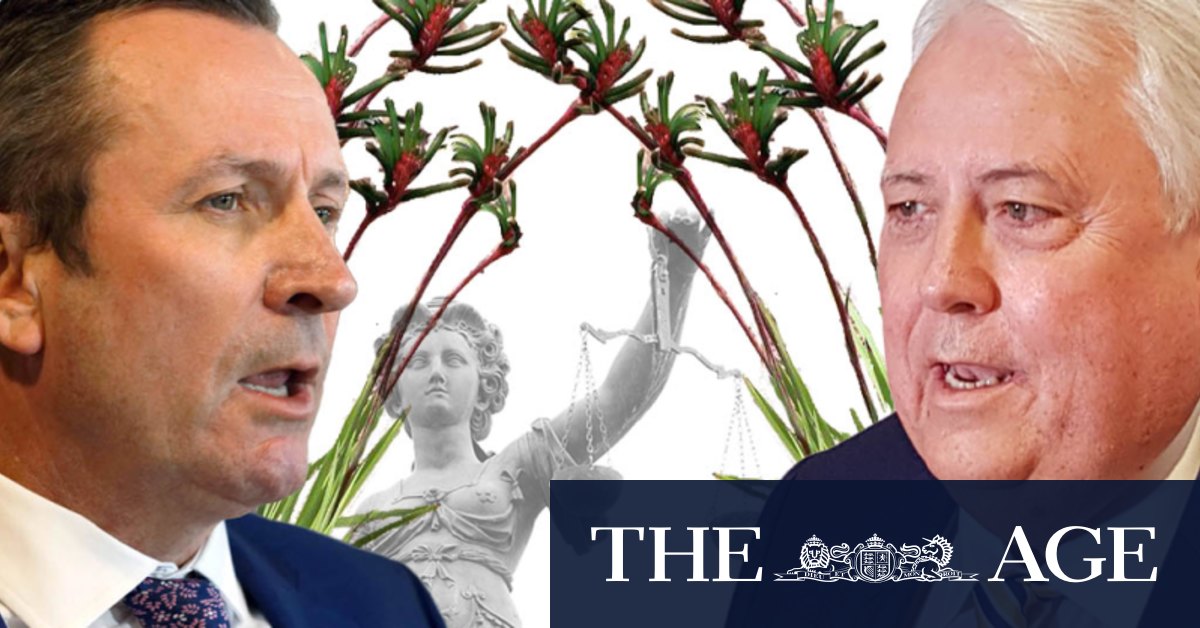 Opposition leader Liza Harvey said convention meant taxpayers would foot the bill for these kinds of legal actions against premiers or ministers, but she criticised Mr McGowan’s language.

“I am not in any way supporting Clive Palmer, but in this instance, WA taxpayers will be hit in the hip pocket in what will be an expensive exercise purely because Mark McGowan deliberately went out of his way to provoke Mr Palmer with unnecessary intemperate language – language that was not befitting of a premier,” she said.

On Friday Mr McGowan accused Mr Palmer of “trying to bankrupt me”.

Although the Premier will have taxpayer-funded lawyers mounting his defence if he loses the case he might have to pay Mr Palmer compensation from his personal funds.

The Premier denied “poking the bear” by publicly insulting Mr Palmer. He previously labelled the billionaire “reckless and selfish”, a “menace to Australia” and “enemy of the state”.

“He’s the one who started it,” Mr McGowan said.

“If he has his way, our health situation will become very, very serious and people could potentially die and then he’ll bankrupt our state’s finances.

Mr McGowan said it was possible the state would be tied up in expensive litigation for years.