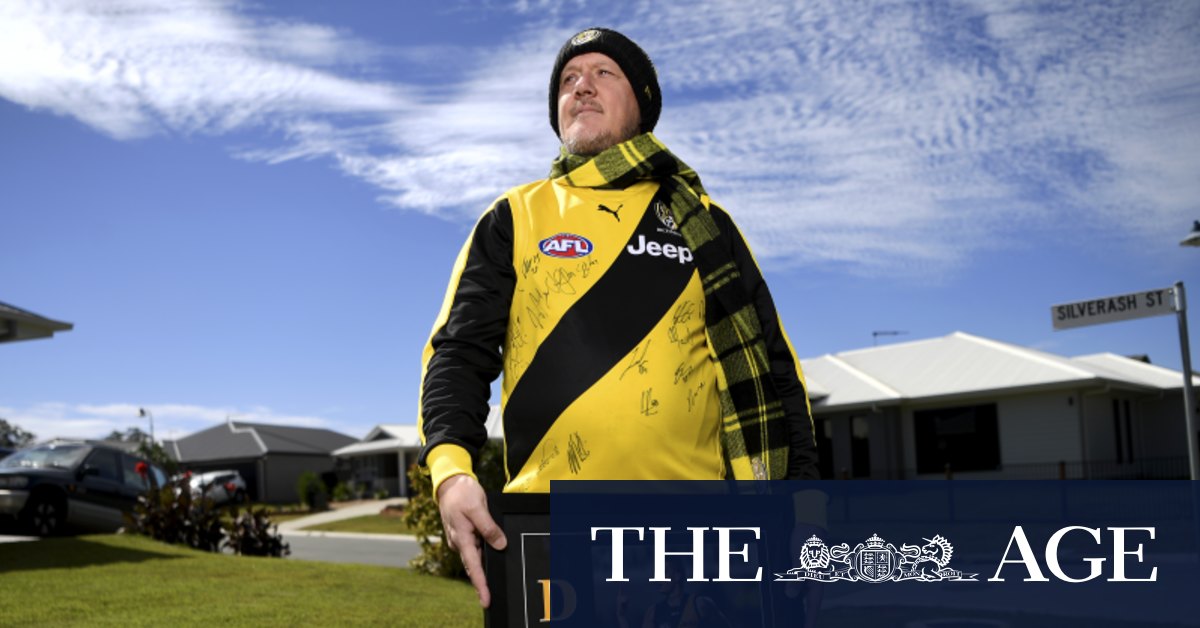 He’s got at least three more Tigers games in Queensland to look forward to before the regular season is out, and likely will get to see them play finals on his doorstep.

There’s also the prospect of a grand final, should Richmond make it and should Queensland get the game, which is looking increasingly likely.

“It’s great, but you’re also really conscious of those people who are missing out on games as well, The supporters around the country,” Mr Fredericksen said.

“You’re excited to go to the football but it’s not the same. The crowds are really small and playing midweek has been a big impost, a lot of travel for some of us.

“It is a strange experience. We are loving it but by the same token you’re kind of conscious of what is happening in the rest of the world.”

Crowds are still capped for the pandemic, and for Tigers games at Gold Coast and the Gabba they have hovered around the 5000 mark.

That’s a far cry from the yellow and black roar which usually propels the Richmond side, but it’s given Mr Fredericksen and other Queensland Tiger fans a different perspective.

“You can hear the individual calls in the crowd like a suburban game and the players hear it,” he said.

“I have seen players react to calls from the crowd.

“Noah Balta had a call where someone yelled about his opponent ‘You’re wearing him like a glove, he won’t get a touch’ and behind his back Noah did the thumbs up.