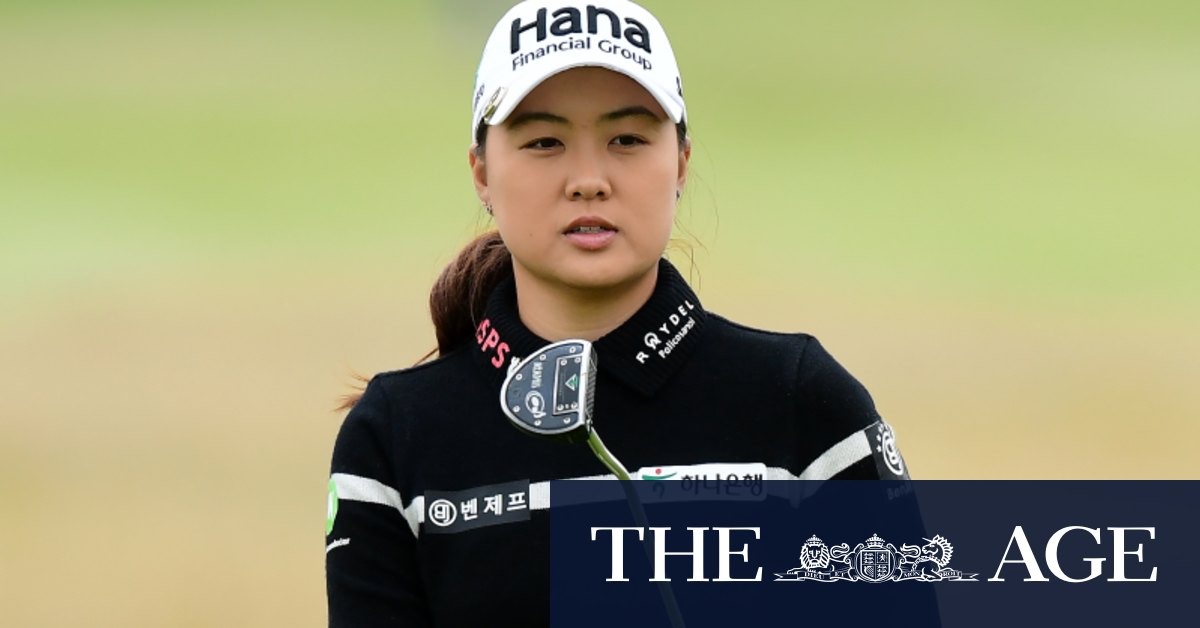 Lying two strokes behind Holmqvist at one over par were former No.1 Lydia Ko (71) and No.8-ranked Minjee Lee, who shot 69 to tie for the lowest round on Friday.

Australian Lee, from Perth, said she had found the difficult conditions easier to manage in the second round, and was feeling confident in her form, having had a strong return to the LPGA Tour since it restarted.

“The first five holes I was two over, I struggled with all the into-the-wind holes and tried to make pars as I went along and then finishing my round I think I had three birdies in the back nine so I was pretty happy with my result. It was pretty tough out there so pretty happy,” Lee said.

“I wasn’t expecting the severity of the wind [in the first round] … today I sort of expected how much wind there was going to be and adjusted a little bit better to the wind that we had. It’s been tough but it’s been fun as well.

“At this point you can’t really think too far ahead, just stay in the moment, stay patient with the wind and try and play your shot as you imagine it. I’ve had pretty good results in the past three weeks so I’m feeling pretty confident in my putting and my shots as well.”

Holmqvist’s form has come out of nowhere, with the 32-year-old Swede having missed the cut in 13 of the 20 events she has played since the golf cart in which she was riding between holes in the Blue Bay event on the LPGA Tour in November 2018 lost control and slammed into a wall.

As well as suffering from a leaking disc in her back, Holmqvist had a badly inflamed facet joint that has required multiple injections and regular rehab. The suspension of golf because of the pandemic gave her some much-needed time to heal but she still described herself as “injured” on Friday.

“It’s a long process and very tedious,” she said. “It’s an everyday thing.”

A further shot back was No. 4-ranked Nelly Korda after her round of 72.

“We were like, ‘Are you scared over one-footers, too, with this wind?’” Korda said, referring to a conversation she had with playing partner Georgia Hall, the 2018 champion. ”Because we were like shaking over it with wind and the gusts.”

After what she described as the best ball-striking round of her career to shoot 67 on Thursday, Olson came back to earth with a 10-over round that included six bogeys on her first 10 holes and double bogeys at Nos.11 and 14.

The American parred her way home to limit the damage and won’t feel out of it at six over.