admin 4 weeks ago Sport Comments Off on Hawks win ‘just around the corner’: Clarkson 17 Views 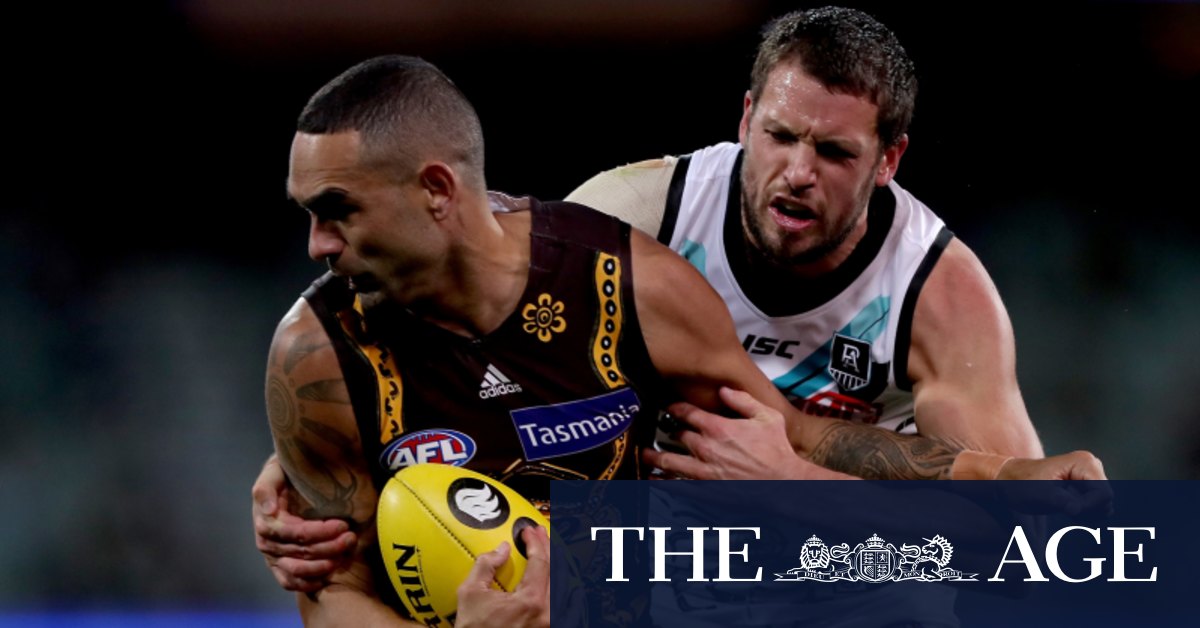 “There are more people covering AFL footy than there are covering federal politics,” Clarkson scoffed.

“They all have to have something to say to feel like they can retain their jobs.

“I saw young [Pete] Ladhams two weeks ago kick nearly goal of the year from the boundary line and [opponent] Dylan Grimes was having a laugh with him in the goal square after that.

“But Richmond are one of the best sides in the competition and nothing gets said.

“You just roll with it and move on, but it doesn’t affect the way we go about it.”

Despite losing to Port by 10 points, the Hawks’ third straight loss since their round 10 bye, Clarkson was enthused with what he saw.

“I can’t remember the last time a Hawthorn side had six changes – and they were pretty important players to our structure – all in one whack,” Clarkson said.

“It was a tough contest, playing the top-of-the-ladder side on their own patch and we really served it up to them.

“There’s enough to suggest a win will be just around the corner with that sort of endeavour.

“There was a lot to be encouraged with.”

Port coach Ken Hinkley conceded his team was its own worst enemy at times, sabotaged by wayward finishing – on the back of an even more wayward week off the field with Ladhams and Dan Houston suspended for breaching COVID-19 protocols.

“We’ve had a challenging week and we continued the challenge by [kicking] 9.14,” Hinkley said.

“We gave ourselves an opportunity to potentially lose the game.

“We’re not playing our best footy – that’s clear and obvious to everyone.

“We challenged ourselves, Hawthorn challenged us and we found a way to get the four points.”

Previous Saint playing the Long game
Next ‘Pretty comprehensive’: Waratahs not world beaters yet as Brumbies come up trumps