Our right to clean air

admin August 22, 2020 Victoria News Comments Off on Our right to clean air 31 Views 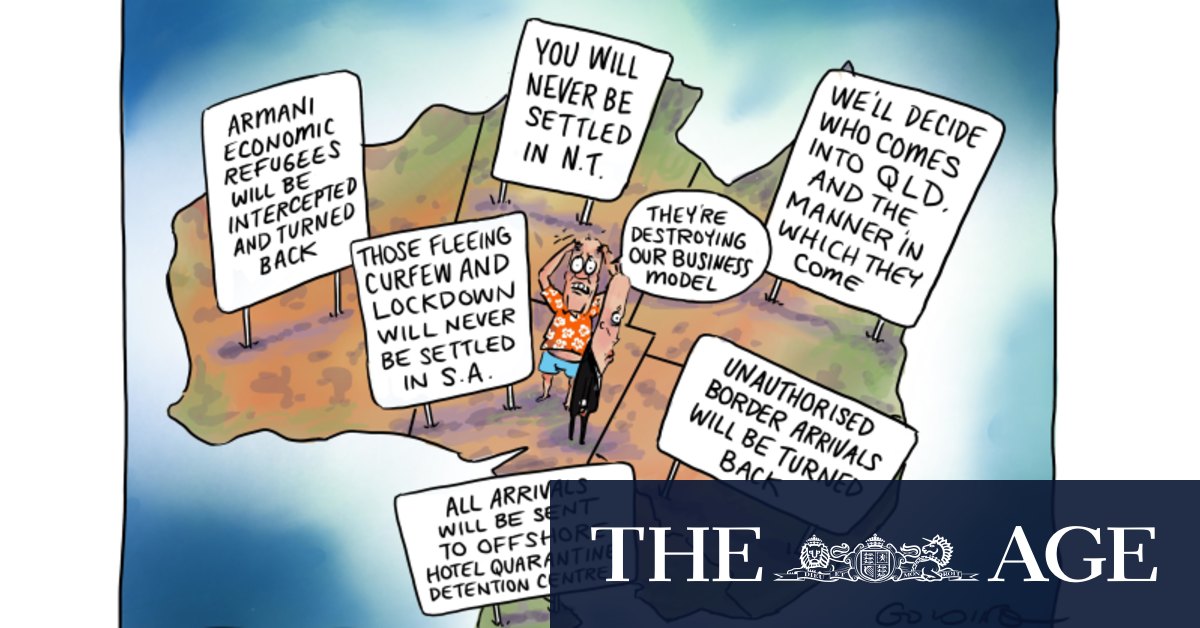 Residents will still be able to enjoy gas or electric barbecues while other people can enjoy a smoke-free house and garden. The outdoor burning of solid fuel should be banned throughout Melbourne for the sake of everyone’s health and to prevent pollution.
Alison Liddell, Black Rock

No to burning wood

So Gianluca Bocci telephones his neighbour to ‘‘tell her to bring any clothes in off the line and to close any upstairs windows’’ so that he can cook on his backyard, wood-fire oven. I hope all his neighbours phone him to advise that they have a right to open their windows and wash clothes whenever they want. Drying clothes on a line is environmentally sound and responsible, unlike burning wood to cook his pizza.
Peter Rickard, Surrey Hills

Congratulations to the National Farmers’ Federation on its policy of zero net emissions by 2050 (The Age, 20/8). These people who live, work and love the land are showing what true leadership looks like. Politicians, take note.
Michelle Leeder, Seddon

Our battle to be tested

Wanting to ‘‘do the right thing’’, my wife and I attended our local coronavirus testing station on Friday but had a hard time actually being tested. The staff on duty questioned us diligently but were not keen on administering the tests because, they said, we were asymptomatic.

I had my test, eventually, because I said I had the ‘‘sniffles’’. However, the staff convinced my wife that her watery eyes, runny nose and headaches were ‘‘probably symptoms of ‘pollen allergy’’’ and refused to test her. Is this what should be really happening? If people are making the effort to report to testing stations and are being turned away without the tests being performed, it begs the question, why bother?
John Kruger, St Albans

Ban for the greater good

‘‘Anger as Australians denied exit visas’’ (Sunday Age, 16/8)? Well, just imagine the anger from those already afflicted with COVID-19, doctors, nurses, the police, struggling retailers, the newly unemployed and those who are simply trying to do the right thing for the greater good, should we have to endure another wave of this pandemic thanks to an entitled individual becoming exposed to it while travelling overseas and then spreading it among the community after arriving back here, like that selfish couple who picked it up at Aspen.
John Howes, Rowville

Some can leave easily

On page 1 of The Sunday Age, we read that ‘‘The government is blocking three out of four applications for Australians to leave the country amid concerns they could spread coronavirus when they return’’. On page 3, Michael Gu, the man behind an alleged Ponzi scheme, ‘‘fled the country’’ two weeks ago. Am I missing something here? Did he leave without a visa? If so, how? I think another story is needed.
Anthony Clarke, Woodend

Why Colbeck must go

When the Liberals needed to balance state-based sectional interests, they put a foolish curmudgeon (Richard Colbeck) into what they regarded as a sleepy sinecure (aged care). Now it is a matter of life or death and they do not have the courage or humanity to replace him. Better to risk lives than admit to a mistake.
Shane Morris, Park Orchards

The Aged Care Minister is clearly out of his depth. The only response he could give when asked who should take responsibility for what has happened in aged care facilities was ‘‘all of us’’, and ‘‘in some circumstances, it should not have come to this’’. How would he feel if he were left without a shower for two weeks, and without food and pain medication, and with family not allowed to visit? Is this what he calls ‘‘leading reforms in aged care’’, as per his website? Clearly he has been missing in action.
Daisy Ellery, Rowville

Has any thought been given to the health of the many hundreds of invigilators required for VCE exam supervision? Many of the team with whom I usually work are in the vulnerable, over-70 age range. Spending hours in a room with large numbers of students is a matter of considerable concern in the COVID-19 environment.
Lyn Every, Wheelers Hill

Mullets have broken into mainstream society, no longer the domain of bogans (Sunday Age, 16/9). Many of us are now sporting them; I can easily keep the front and sides in check, but the back is impossible to cut without help.
Heather Glassford, Williamstown

The game of football is not a printed T-shirt for sale in a shop. That the Aboriginal flag will not be displayed in the centre circle at the Dreamtime match in Darwin is a ‘‘step out of step’’ along the path to reconciliation. It is no surprise that the racially inclusive AFL is not buckling to commercial greed.

The flag is a potent symbol acknowledging the contributions of some of the game’s greatest players. It should be exempted from any prohibition when it is not used for direct commercial gain. Will anyone displaying the flag have to desist or pay up?
Dave Barter, Hawthorn