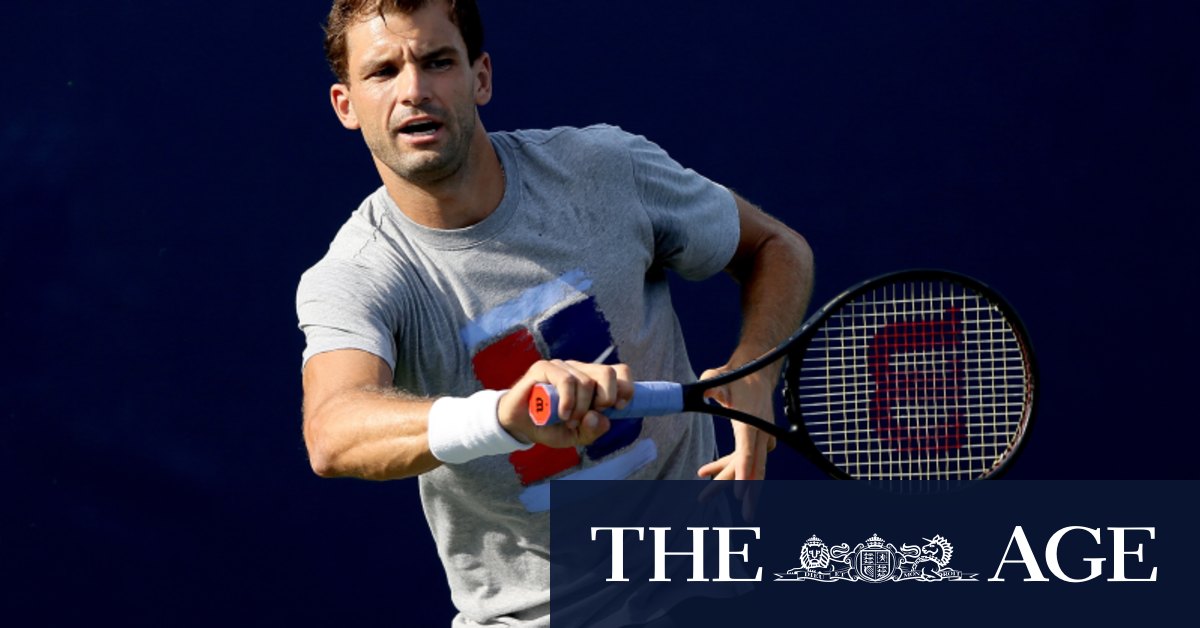 “The first week was just tragic. I started by just walking. I couldn’t really do any exercise. I could not lift weights. I couldn’t play tennis,” Dimitrov said, adding that he lost a lot of weight while sick.

Eventually, Dimitrov said, he would practice for 20 minutes at a time, then built that up in increments. Still, he was doubtful about getting back on tour at the Western & Southern Open, the first ATP tournament since tennis went on hiatus in March because of the pandemic.

Dimitrov said he hopes his experience with the coronavirus can serve as a bit of a cautionary tale for those who might not take the illness seriously.

“I just kind of wanted to show a message that it doesn’t matter, in a sense, ‘who you are,’ how fit you are and how healthy you eat and so on,” Dimitrov said. “This thing doesn’t ask anybody [those things]. We’re all equal.”

In women’s first-round matches on day two of the hardcourt tournament, 2017 US Open champion Sloane Stephens was eliminated by Caroline Garcia 6-3, 7-6 (4), and Jessica Pegula got past Jennifer Brady – who won her first WTA title last week at Lexington, Kentucky – 7-6 (5), 6-4.

Super Rugby AU will be played again in 2021, starting on February 19, with the …