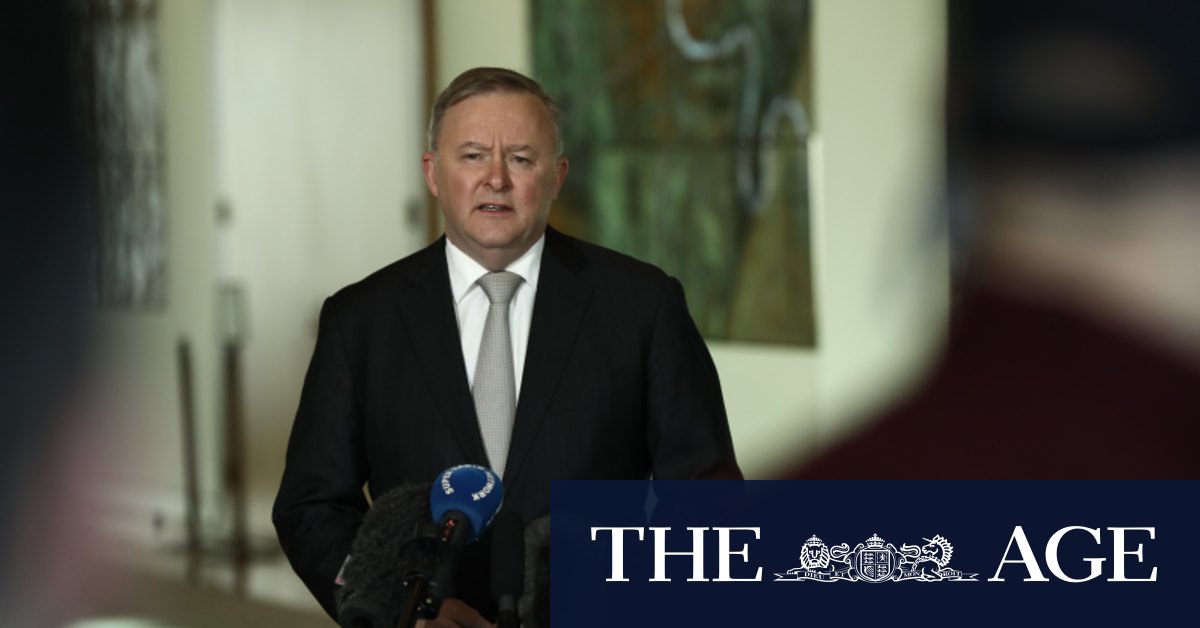 Mr Albanese said Labor accepted the general argument for cutting the rate but questioned why it should occur when unemployment remained high.

“We’ve said there should be a tapering, but it’s a matter of tapering based upon the circumstances,” he said on Monday morning.

“Now the circumstances that are there now, with a double digit real unemployment rate, are very different from that which was predicted by Scott Morrison when he said that support should be snapped back in September. What we don’t want to see is a premature withdrawal or reduction in support such that it makes the recession deeper and longer.”

Labor is yet to see the government’s draft bill and usually decides its formal position until after a bill has been introduced to Parliament, which could delay a decision by the shadow cabinet and caucus until next week.

While Labor has indicated it would not obstruct the urgent help for workers, Mr Albanese argued for a slower reduction in the payment rate.

While the payment rates for JobKeeper and other income support are set by regulation, the government needs to get the bill through Parliament this fortnight to extend the scheme for six months.

The payment for anyone working fewer than 20 hours per week will fall to $750 from October and $650 from January before stopping at the end of March.

Australian Council of Social Services chief Cassandra Goldie called on all sides of politics to stop the planned withdrawal of the temporary bonus payment that has doubled the JobSeeker unemployment benefit to $1100 per fortnight during the pandemic.

“The government did the right thing by doubling the rate of JobSeeker,” Dr Goldie told the ABC.

“Now 2.3 million people are relying on this additional income support. People need every dollar they are getting and need certainty. We can’t have that cut of $300 per fortnight which is currently planned happening in September.”

Deputy Prime Minister Michael McCormack said the government had to make sure there were incentives for people to seek work.

“As we come out of COVID-19, we will get through it. We will certainly get through it. There’s hope on the horizon. We want to see as many people as possible re-engage with the workforce,” he said.

On the JobSeeker rate, Mr Albanese argued that payments to those who were unemployed would help the economy.

“That’s something Labor’s been arguing since the election, that there needs to be a permanent increase, and I want to see a response from the government this week on that.”

Previous ‘We built half a bridge’: The US economic recovery faces an uphill climb
Next Man charged after allegedly assaulting, robbing women met online