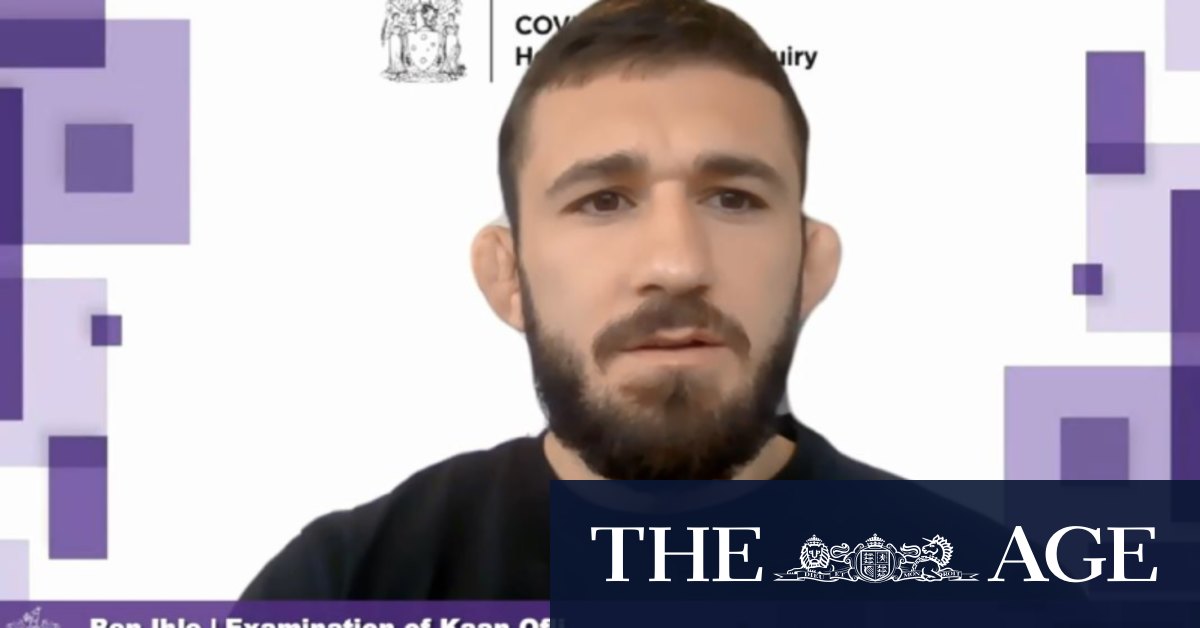 A security guard told him the fresh air break came about after someone else quarantined in their hotel took their own life, Mr Ofli said.

The lawyer acting for the Department of Health and Human Services, Claire Harris, QC, put to Mr Ofli that the guest’s suicide was not the reason for the fresh air breaks and that the department had been planning outside breaks well before the death on April 11.

Mr Ofli acknowledged that could be true, but said that was what was relayed to him by the guard.

He then told Ms Harris there was one night when he was feeling claustrophobic and, unable to get help on the phone, he opened his door and yelled out to the guards for help.

A DHHS worker came to his door and told him if he opened his door again, they would call the police and he would be fined $20,000.

Mr Ofli said he was told he “should feel lucky because people at Crown aren’t getting walks”.

At least 99 per cent of all cases in Victoria’s second deadly COVID-19 wave have been linked back to infection control breaches at two Melbourne quarantine hotels.

Mr Ofli gave evidence to the inquiry on Monday morning. Two security guards are scheduled to give evidence for the rest of the day.

Mr Ofli said he had to ring the Department of Health and Human Services three times a day to request more food, before realising on day 10 of 14 they had been served meals for one person.

Mr Ofli said a nurse conducting the daily phone call to check if they had symptoms was surprised when his partner, who answered the phone, said “No, we don’t.”

“What do you mean by ‘we’?” He said the nurse replied.

The nurse told his partner they only had a record for one person staying in the room, despite being seen and spoken to by multiple people running quarantine at the hotel and both served with their own detention notices at the airport.

“The whole 10 days, I wasn’t actually in the system,” Mr Ofli said.
It then dawned on him that because he had been eating his partner’s meals, the meat was not Halal as he had requested at the start of their detention.

“I was just really disappointed, that’s all,” he said.