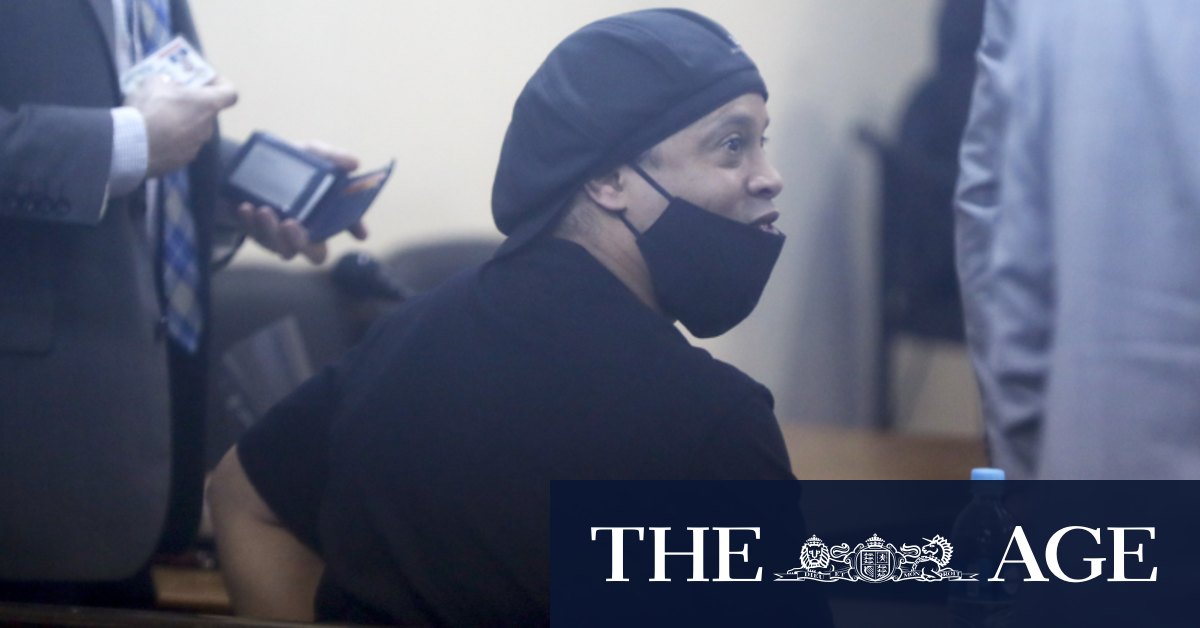 Ronaldinho will be able to return to Brazil immediately. Defence attorneys Tarek Tuma and Alcides Caceres said their clients will establish residence in Rio de Janeiro.

Ronaldinho, a world champion with Brazil in 2002 and a former star of Barcelona, Milan and Paris Saint-Germain, among other clubs, turned 40 years old in Paraguay. He came to the country invited by a local foundation, supposedly to present his autobiography, support a school for poor children and inaugurate a casino.

Prosecutor Marcelo Pecci said Ronaldinho and his brother received a shortened legal process because”they admitted having had official Paraguayan legal documents but of false content and because they litigated in good faith”.

The retired soccer star told local authorities the document was a gift from a Brazilian businessman, who was also jailed.

Ronaldinho had his Brazilian passport seized at home due to an investigation into alleged environmental crimes, but the document was returned to him in September. One month later he played in a friendly in Israel.

The former Barcelona star could have spent up to five years in jail.

Previous ‘Where is the ruthless anger?’ Lloyd hits out at Bombers
Next Vitamins giant Blackmores to cut jobs as profit slides