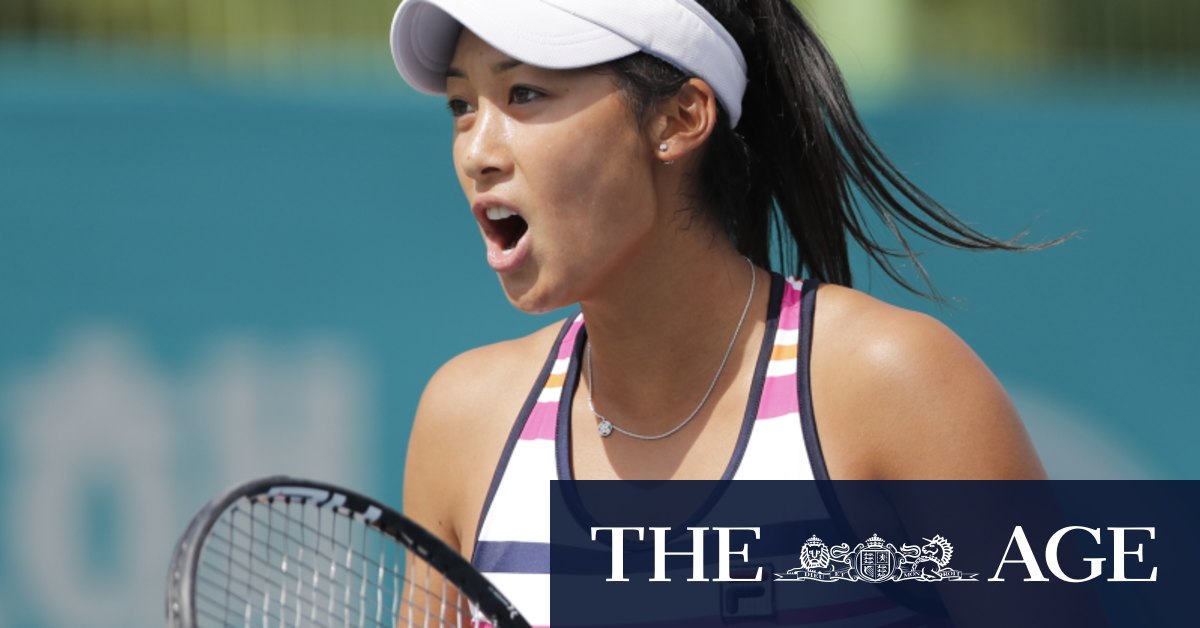 “Also I haven’t made any money this year, apart from [at the] Aussie [Open]. There was always that factor [too].”

But Hon was satisfied by the safety assurances given by Tennis Australia and the WTA that the COVID-19 medical safety and risk mitigation plan prepared by the United States Tennis Association was adequate.

Fate intervened, however, as the Queenslander tore the labrum in her hip while playing the sport’s UTR series, a domestic competition designed to give Australia’s professional players some much-need competition during the lay-off.

“It [how the US Open would function] sounded a lot better than what I was initially thinking,” Hon said.

“I had settled [on a decision to travel or not] and said, ‘I’ll go if it does go ahead’. And then I got injured.”

She was pleased by the reassurances from tennis officialdom.

“They said, ‘We’re behind you, and if something does happen, we’re with you and we’ll help you get home’.

“I was a bit unsure about if you got corona, and got isolated in the US … you don’t really want that.”

The timing of a significant hip injury – an ailment that needs plenty of rest and rehabilitation – means there are conflicting ways to view her predicament in 2020.

Hon, after all, reached her highest singles ranking (world No.118) last October, on the back of a second-round appearance at the French Open and a first-round exit at Flushing Meadows. She also played the second round at Melbourne Park in January.

“There are so many surprises this year, honestly,” she said, content in the knowledge that missing a chunk of tennis won’t impact her ranking.

“This is probably the longest I’ve ever had off, playing tournaments anyway.

“It [the injury] is not great timing because all the tournaments have started again, but at the same time it’s a pretty good year to kind of have it if I have to, because the rankings aren’t changing. I’m not dropping too much.”

Regardless, Hon is determined to continue the upward career steps she made in 2019, and is firmly eyeing off being a part of the Australian summer tennis calendar.

“I felt like mentally I was a little bit more confident playing these bigger tournaments, not being as nervous,” she said.

“I think that was the first year that I mentally kind of believed that I really belonged there, to be honest.”

Previous After the ankle tap of a lifetime, Papalii is set to become a Raider for life
Next Cold mornings could be ‘last burst’ of Queensland winter cool