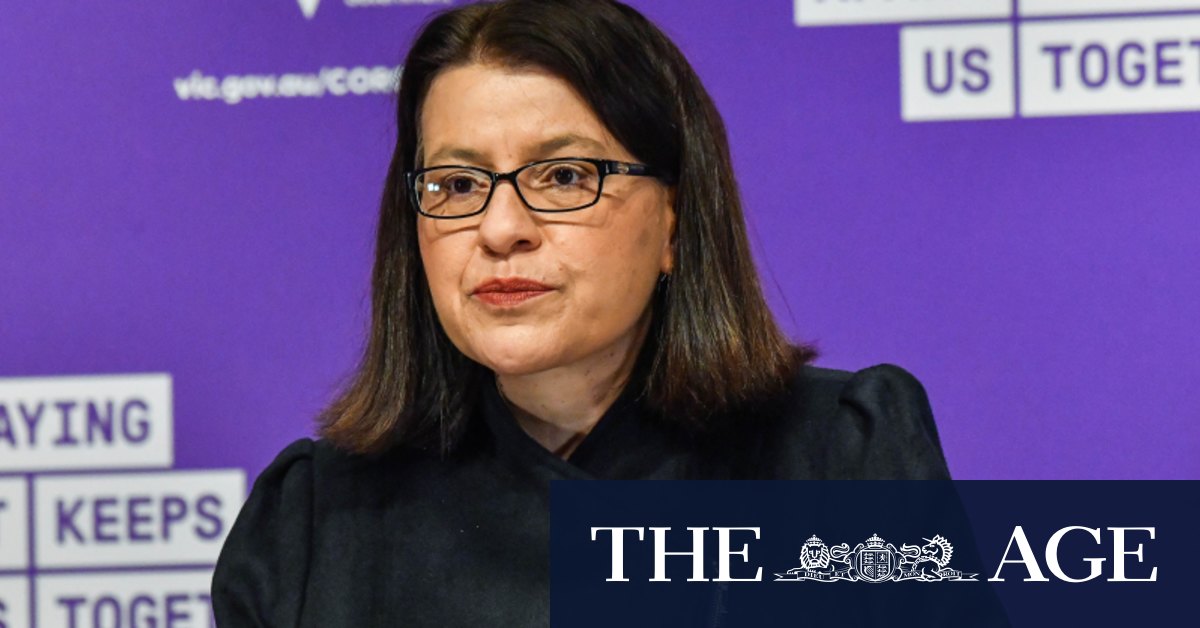 Premier Daniel Andrews said the average time it takes to receive COVID-19 test results in Victoria was now less than a day.

It was crucial people continued to get tested and the low test numbers recorded today (13,000) were, partly, the result of low testing numbers due to the weekend’s bad weather.

The government today outlined progress being made by the Walter and Eliza Hall Institute in developing antibody-based therapies.

There are now 578 Victorians in hospital with COVID-19, 39 fewer than yesterday, and 39 in intensive care, four more than yesterday.

About 13,000 tests were returned over the past 24 hours and the number of active cases among healthcare workers decreased to 434.

Australia’s deadliest day in the pandemic came on August 17 when 25 Victorians died.

The daily case tally remained in triple digits on Wednesday, after 148 cases were reported on Tuesday.

Victoria’s Emergency Management Commissioner Andrew Crisp and Victoria Police Chief Commissioner Shane Patton are due to front a public accounts and estimates committee hearing on Wednesday, where they will be questioned about the state’s botched hotel quarantine program.

A committee hearing earlier this month heard that the hotel quarantine system, including the use of private security guards, was signed off by Mr Crisp under advice from a “governance group” made up of bureaucrats from the Department of Health and Human Services, Department of Jobs, Regions and Precincts, Victoria Police, Department of Transport, and Department of Premier and Cabinet.

Mr Crisp has not spoken publicly on the issue, except when he released a statement on August 12 saying the Australian Defence Force was part of planning and co-ordination meetings for the quarantine program on March 27 and March 28, but no personnel assistance was offered.

“During these discussions, I did not seek nor did representatives of the ADF offer assistance as part of the hotel quarantine program,” Mr Crisp said.

Genomic sequencing by Melbourne’s Doherty Institute shows 99 per cent of Victoria’s second-wave cases may be traced back to quarantine breaches at two quarantine hotels.

The Andrews government is facing a tough fight to win enough support from crossbenchers to get an extension through Parliament of its state-of-emergency powers.

Previous ‘I was treated like a criminal’: Senator airs further AMP harassment claims
Next Tiger Army roars: 100,000 members for a third straight season