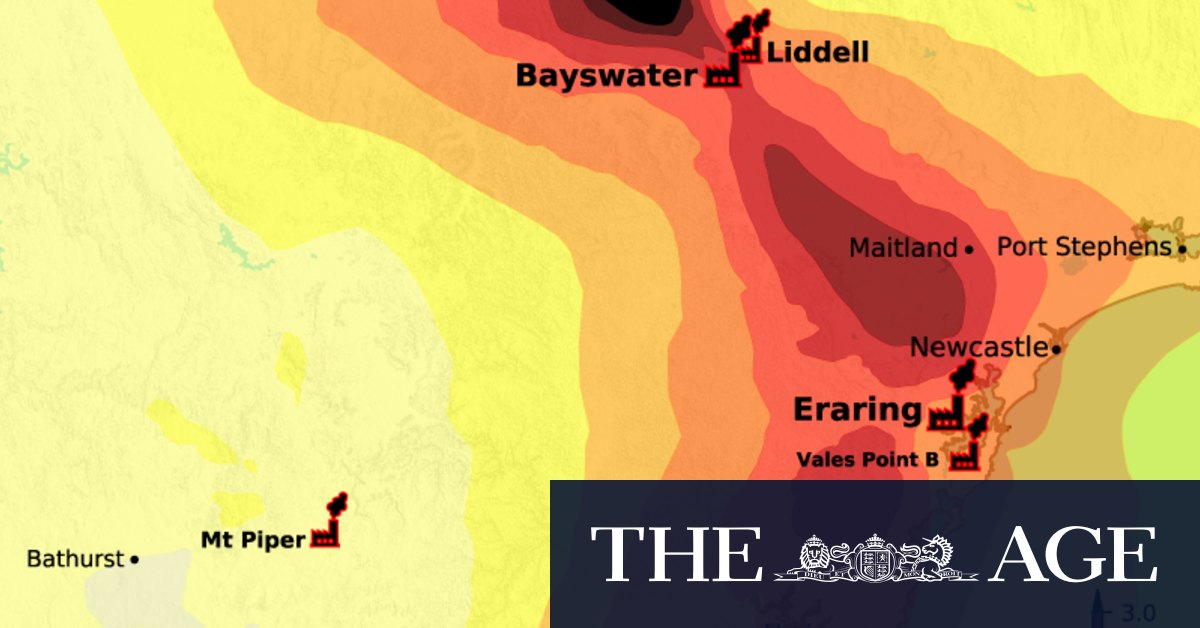 “Australians all over the country are paying for electricity with their lives and health, even if they don’t use power from burning coal or live near a power station,” said Greenpeace Australia Pacific campaigner Jonathan Moylan.

There are 14,000 asthma attacks and symptoms among Australian children and young people aged between 5 and 19 that can be attributed to emissions from coal-burning power stations each year, the report finds.

Some of these symptoms come from cross-state pollution, with about 20 percent of cases occurring in states and territories that are not home to the power station that is the source of the emissions.

But a spokesperson for the Australian Energy Council, which represents major generators, rejected the report as “alarmist, misleading and lacking in rigour”.

They pointed out it had not been peer-reviewed, saying it used outdated data from overseas and extrapolated it to Australia.

“This report appears to be part of a broader campaign that seeks to demonise fossil fuel plants regardless of their health, safety or environmental performance,” they said. “All power plants have to meet health and environmental limits set and monitored by independent bodies.”

The Greenpeace study modelled how much pollution from coal power stations could be expected in certain areas, based on observed meteorological conditions, reported pollutant emissions and electricity generation.

Existing health studies were then used to calculate how many additional deaths occur with this increased pollution. For mortality, this included deaths due to heart disease, cardiopulmonary disease, lung cancer, lower respiratory infections and stroke.

Report co-author Professor Hilary Bambrick, an environmental epidemiologist, said power plant air pollution had caused Australians to die and suffer from preventable diseases for decades: “Governments must come up with a plan to replace our ageing and unreliable coal burning power stations with clean energy solutions as quickly as possible.”

New research recently published in the Medical Journal of Australia found unborn babies whose mothers were exposed to smoke from the Hazelwood coal mine fire are at greater risk of respiratory infections in early childhood, despite not directly inhaling the pollution.

Australia still operates 22 coal-burning power stations, some of which are among the oldest and most polluting in the world. Power stations in Australia are licensed to emit pollutant concentrations that dramatically exceed limits set by comparable countries, says Max Smith, a campaigner at Environmental Justice Australia.

Mr Smith urged federal and state governments to address flaws in the regulatory system and fit Australia’s coal-fired power stations with basic pollution controls that could cut toxic pollutants by more than 85 percent.

Previous Gas is not a transition fuel to a safe climate. That ship has sailed
Next Battletoads’ unlikely revival is flawed but fantastic